Michael Saiger's men's accessories line — which is also popular with female consumers — is now carried in about 130 stores in 17 countries. 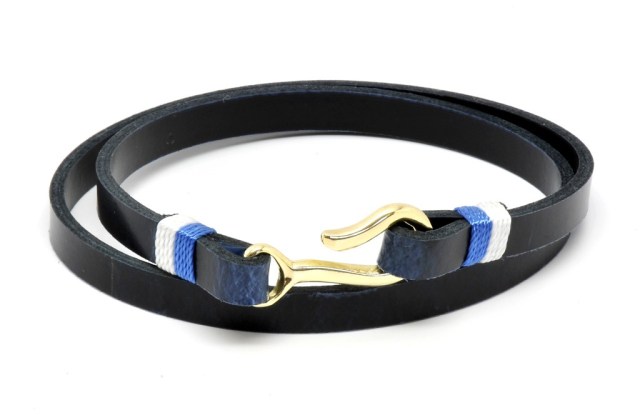 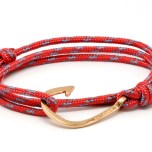 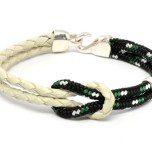 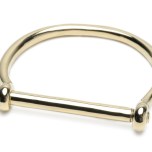 Michael Saiger went to a shooting range in 2008, and managed to save several shells and a few leftover bullets. He pulled the cap out of one, emptied the gunpowder, cleaned the bullet and drilled a hole in it. He took a brass cuff he acquired from a family trip to Africa two years prior and threaded the bullet on it. Then and there, Miansai was born.

Saiger’s pieces have evolved since his first bullet bracelet, but he maintains that his line, comprised of bracelets, necklaces and rings that retail from $55 to $495 (with custom, made-to-order options, as well), is still in line with his original vision.

“We have a great core in terms of design and price point and I think it’s important to keep that in mind as we continue to grow. You’ll always see new things from us, but it’s built from our foundation and stays true to the brand, our retailers and customers,” Saiger said, adding that styles that might have once only been available in sterling silver or brass now come in solid yellow or rose gold. He’s also experimented with color, as his “hook” and “anchor” bracelets come with corresponding leather and rope in colors from black, navy and gray to burgundy, bright orange and red (with hooks and anchors in silver, brass, gold or rose gold plating).

While declining to reveal specific numbers, Saiger said the company has grown 300 percent in 2011 thus far, adding that 30 percent of sales come from his e-commerce business on miansai.com — which recently introduced a new look. In addition to a “Build Your Own Hooked” section, which allows consumers to completely customize a bracelet from its cord and leather color to the hook, there’s a “How to Wear” section, a blog penned by Saiger and video content. All social media platforms are accessible through the site and users are encouraged to share items across the various platforms.