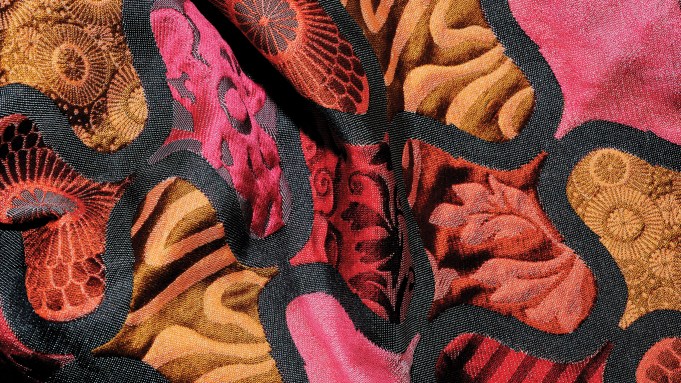 China’s economy grew only 6.9 percent last year, its slowest rate in 25 years. Concerns regarding further currency depreciation and increased capital outflows are weighing on markets in the world’s most populous nation. Analysts project, however, that if travel recovers and stocks stabilize, luxury firms could benefit.

Italy’s most prominent textile-makers preparing to display their spring collections at Fieramilanocity are nonetheless cautious about the year ahead.

“Consumer clothing goods are being squeezed further, so it is even more important for those who sell a single product [like textiles] to stand out,” said Lorenzo Bonotto, owner and marketing director of Bonotto SpA. “It will become even more important for us to maintain our market share and to expand with a strategic game plan.”

Milano Unica has recently positioned itself to capitalize on the U.S. and Chinese markets, with new spin-off fairs in New York and Shanghai. Brands have reported a noted rise in U.S. sales since the opening of the New York fair in July.

“Our sales rose 18 percent in the U.S. market in 2015 versus 2014 due to a growing number of U.S. brands that are attracted to quality product rather than brand names,” Bonotto added.

The euro’s decline against the dollar is expected to offset the negative effects emanating from China. Last week, Goldman Sachs & Co. revised its 12-month forecast for the euro to 95 cents, after calling for euro-dollar parity in December. The euro is currently trading at around $1.08.

“The favorable euro-dollar exchange has renewed interest from American clients who are enticed by interesting and innovative products,” said Lincoln Germanetti, ceo of Tollegno 1900, who said that despite the flight cancellations and delays caused by the recent winter storm on the U.S. East Coast, the company met many potential clients at Milano Unica New York.

Milano Unica’s New York version that ran from Jan. 24 to 26 culminated in the announcement of a partnership between the fair and the Council of Fashion Designers of America on an initiative that has select designers working with Italian mills to create exclusive fabrics for their collections.

In Milan, however, the focus will be on trends. In January 2015, the fair tapped Stefano Fadda as art director. Fadda said it is important for textile firms to think outside the box in envisaging trends, especially since they are often the first place some designers look when building their collections.

“In creating new trends, I generally look for individuals who do not do research,” Fadda said. “I look to art directors, photographers, illustrators and even journalists to get their take on what is new.”

Under Fadda’s direction, Milano Unica will feature four main themes: Abyss, a theme rooted in consistency and magical colors; Nature and Artifice, a mosaic of real and artificial geometric landscapes; Africa Punk, which points to primitive and natural urban fabric, and Psycho Bit, which explores the psychedelic and arithmetic.

“The task of Milano Unica is knowing how to interpret and present these trends in order to remain a world leader, representing a unique and precious production chain which is continuously being renewed and enhanced,” said Ercole Botto Poala, Milano Unica’s new president, and ceo of Italian textile company Reda.