Companies showcasing their fall 2013 collections at the trade show are gearing up to find their way into the hearts of international clients. 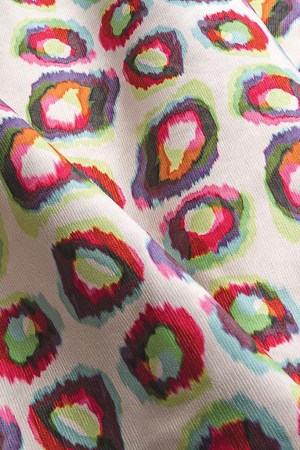 MILAN — With an uncertain economy and the recession reaching deeper across the countries of southern Europe, companies showcasing their fall 2013 collections at the Milano Unica trade show, running from Sept. 11 to 13 here, are gearing up to find their way into the hearts of international buyers.

“North Europe, Russia, the former Soviet countries, the Far East and the U.S. are currently the most appealing countries for the Italian textile industry,” said Milano Unica chairman Silvio Albini, during a preview presentation of the fair.

According to Italian fashion and textile consortium SMI Sistema Moda Italia, in the first quarter of 2012 exports of fashion and textile products increased 5.5 percent, even as national income dropped 4.6 percent. Despite the positive signals coming from international markets, the situation is still difficult for the textile sector, which posted a 4.7 percent decline in exports. Particularly affected by the drop in demand of Italian products registered in the first months of the year were cotton and wool yarn mills, while cotton and wool fabric mills registered more positive results.

“We expect a further increase of international buyers, while we hope our Italian clients will soon overcome the national market’s critical phase,” said Michele Filipponi, director of the Alcantara SpA fashion division, noting that the company doubled its income over the last two years. “The market is experiencing many changes. Globally, we are growing thanks to our Italian and international clients, who are succeeding in developing their business through the strong popularity of luxury brands abroad. On the other hand, local companies focused mainly on the Italian market are suffering due to the slowdown in sales, which is affecting our country.”

Alcantara, known for its high-quality, suede-like technical fabrics, will show four new collections, obtained, for the first time, through the combination of different techniques, including printing, embossing, metallic lamina, dyed weaving and white resin. The Native range blends Native American, Norwegian and Scottish references; the romantic Sentiment pays homage to Coco Chanel; Urban Shapes is inspired by Fritz Lang’s “Metropolis” movie, and the cosmopolitan allure of Peggy Guggenheim served as a point of reference for the Guggenheim collection.

In addition, a special section of Alcantara’s stand will host the Alcantara-based ready-to-wear pieces and accessories realized by the winners and finalists of the Who is On Next? talent contest promoted by Vogue Italia and Alta Roma.

“We consider Milano Unica the best textile trade show in the world for the luxury segment,” said Larusmiani chief executive officer Guglielmo Miani, adding that the company has been growing in the American market. “The last edition has been extremely successful for us and we saw more international visitors than we expected.”

Milan-based Thermore, a company producing thermal insulation for apparel, will put the focus on sustainable fashion, showcasing the results of its latest collaborations with several brands, including Zegna Sport and Geox. Thermore will present a number of the Zegna sportswear line’s outerwear pieces, all featuring the high-end Thermore TMK, which consists of 50 percent post-consumer recycled polyester fibers. In addition, some Geox pieces to be shown at the company’s stand will put Thermore Rinnova into the limelight.

“The moment is not easy, but we are focusing on our aces, which are big investments on technology and increasing support to clients that we consider our partners on this new journey,” said a company spokeswoman. “This is definitely a challenge, but with good opportunities and future perspectives.”

At Milano Unica, Thermore, which has recently debuted its new Web site, will also unveil its new labels, set to be launched in the market in January. They will feature different colors to distinguish the company’s five most popular products and will provide information in 10 languages, along with an identification code, guaranteeing the garment’s quality and authenticity.

To underline its link with the international fashion scene, Milano Unica will host in collaboration with Australian Woolmark the fourth edition of “On Stage,” the fair’s project dedicated to young designers, which will end with a runway show on Sept. 11 at the Ippodromo del Galoppo in Milan.