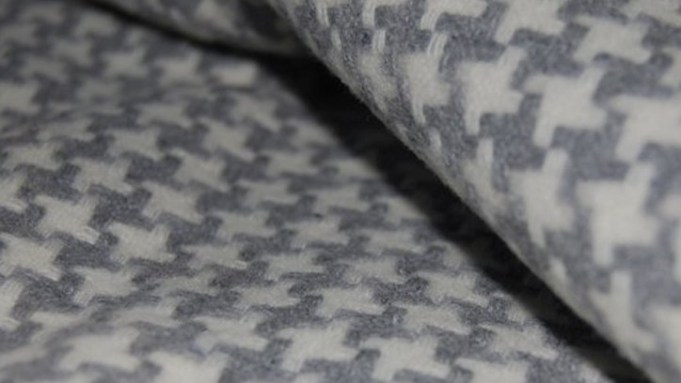 MILAN — After three consecutive years of decline, Italy’s textile industry has been buoyed by an upswing in sales and exports.

Firms exhibiting at Italy’s textile fair Milano Unica, which ended its three-day run here Sept. 10, bet on collections for fall 2011 that focused on quality, creativity and price, with soft and light materials, rich and elastic textures and unusual blends. Products played with double structures — double face or double surface — and dual colors, such as various shades mixed with hints of reds, wines and coppers.

The number of exhibitors increased seven percent to 472 compared with the show’s previous edition and there was a four percent jump in visiting firms to 13,000, with foreign companies increasing 17 percent, including a surge from China, the U.S. and Russia.

“The financial crisis, which [since year-end 2008] had its impact on the real economy at the international level, is behind our backs, even though the waters are still agitated,” said Pier Luigi Loro Piana, Milano Unica’s president.

Sales in the Italian textile industry last year fell 24.6 percent to 6.7 billion euros, or $8.6 billion, but the trend reversed in the first half of 2010, according to statistics from Italy’s textiles and fashion federation, SMI.

For exhibitors, the biggest challenge is returning to profitability levels that are strong enough to allow for investments in research and innovation, the key growth drivers of the Italian textile industry.

“We are doing well, but retail prices remain a question mark,” said Alberto Bertoni, chief executive officer Botta Fila, based in Biella, which forecasts a 20 percent increase in the volume of orders this year compared with 2009. “We are uncertain about the capacity of absorbing the costs of raw materials, which spiked up 30 percent to 40 percent since last year.”

The firm showcased a classic yet unconventional collection, which included an innovative blend of wool and cotton with a lived-in look, as well as stretch flannels for jackets and trousers with British and madras patterns.

Mauro Bellini, marketing manager of Lanificio Ermenegildo Zegna & Figli, said business has improved in recent months, but he was unable to predict if it would be sustained.

“We are thinking about ways to stimulate it,” Bellini said.

The Biella-based firm, known for its formal classic textures, has widened its target to younger men by including ready-dyed fabrics. For this season, it also proposed a new line for suits, named 2-zone after its double-face texture in blue colors with accents of gray and wine.

“The U.S. last year stood in distress,” said Claudio Passera, general manager of Testa, which exhibited at the Shirt Avenue section of the show. “Standardized, made-in-Asia products didn’t work, with clients and department stores unhappy with the offer. Instead, they turned to Italy for better quality despite the higher prices.”