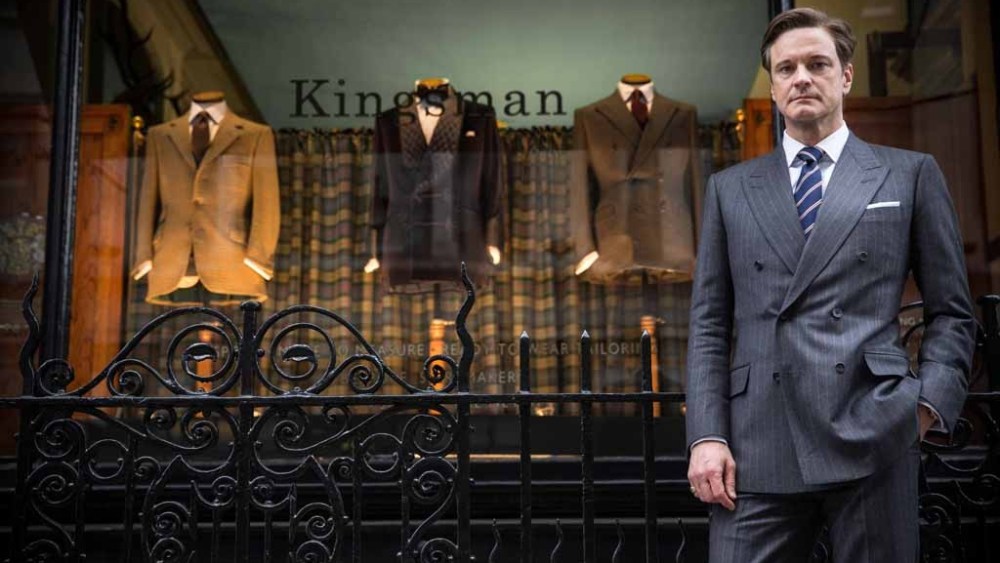 Mr Porter has partnered up with the upcoming film “Kingsman: The Secret Service” to create a new men’s wear label, Kingsman, inspired by the tailored Savile Row looks from the 20th Century Fox production.

The film — which stars Colin Firth, Samuel L. Jackson and Michael Caine, as well as up-and-comer Taron Egerton — is based on the comic book and is directed by Matthew Vaughn, best known for “Kick Ass” and “X-Men: First Class.” The production centers around Firth, (Harry Hart), a veteran secret agent who leads Egerton (Gary “Eggsy” Unwin) into the underground world of espionage.

“It was a very organic process that began when I started writing the screenplay,” said Vaughn. “To be honest, I was so sick of watching films that did not bear any resemblance to the wardrobe of a 21st-century gentleman. I wanted it to be totally modern, yet highly reflective of the elegance of the past.”

The collection will be composed of 60 pieces ranging from suits, shirts, trousers, furnishings and accessories including umbrellas and a custom-made watch by Bremont.

Vaughn approached the film with a strong sense of fashion in mind, he said, and tapped Hollywood costumer Arianne Phillips — former stylist to Madonna, No Doubt, Justin Timberlake and films like “A Single Man” — to head the styling. What ensued was a collection of original Savile Row suits designed specially for each member of the cast. After witnessing the success of each suit, Vaughn decided to translate the designs into the consumer market, approaching Mr Porter to aid in distribution and production. The outcome of a year’s work was the label, Kingsman, which will make its debut in September.

“We wanted to do something really different and do movie merchandising in a literal way, in a costumed collection way, rather than something that has something vaguely to do with the film, or just one single jacket that appears in a random scene,” said Toby Bateman, Mr Porter’s buying director.

Vaughn said that creating the collection was one challenge, but another was doing so in a manner that would entice a consumer to bet on a brand new label.

“We were faced with the challenge of justifying the creation of an entirely new brand of clothing in lieu of the film and constantly asking ourselves why someone would buy this rather than suits from the likes of Gucci or Canali,” Bateman said.

“In the end, we were confident with the product that’s every bit British with its tailoring and cloth. You can’t get that anywhere else.”

The collection will include suits in fabrics such as bold pinstripes, Prince of Wales checks, bird’s eye cloth (“heavy and beefy,” Bateman said), in traditional Savile Row silhouettes, and will come in double-breasteds, sport coats, flannel trousers and others. The offering will also include eyewear from Cutler and Gross, pocket squares from Drake’s and footwear from George Cleverly. Pricing ranges from $1,120 for jackets, $1,625 for overcoats and $1,790 for suiting.

A second collection will be created for spring 2015.