The all-crocodile men’s range will be called Santiago Gonzalez, after the president of the women’s luxury handbag brand. 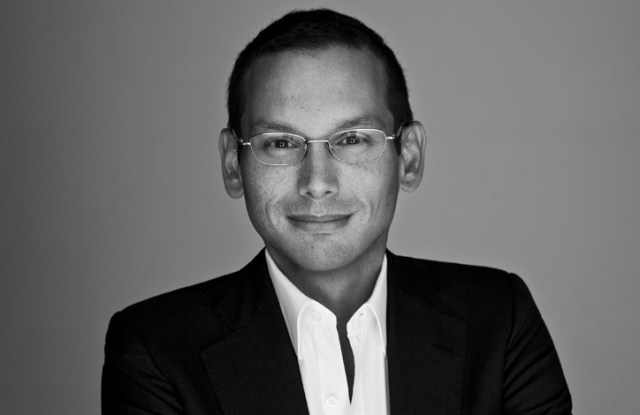 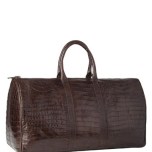 Santiago Gonzalez got the naming rights to Nancy Gonzalez’s first men’s line, which is launching for holiday.

The all-crocodile men’s range will be called Santiago Gonzalez, after the president of the women’s luxury handbag brand and son of its namesake founder. He is spearheading the initiative, but there’s another reason the line will have his name on it.

“No guy wants to carry a bag called Nancy,” he said.

The collection will be sold exclusively at Bergdorf Goodman and Neiman Marcus — both customers of the women’s brand — and will offer 30 different styles of bags and leather goods.

The 12-year-old company pushed into the men’s business after Marigay McKee, the fashion director of Harrods, approached Santiago Gonzalez about creating men’s product for the store.

“We had never done men’s formally, but I had made bags and wallets for myself for traveling or to give as gifts,” he said. “It was based on those designs.”

So Santiago Gonzalez created a collection for Harrods under the Nancy Gonzalez name. “But Marigay called me and suggested we change it to my name,” he said.

The collection, which opens at $125 for a money clip and tops out at $6,450 for the larger travel bags, echoes the women’s line in its luxe understatement (there’s little branding), contemporary treatment of exotic skins, clean lines and playful sense of color. Gonzalez opted for clubby solids for this collection: saddle, black, slate, hunting green and tobacco, with pops of orange and wine.

“They can’t look ostentatious,” he said of the line, all of which is made in buffed croc, which gives the skin a subtle shimmer between high gloss and matte. “Men’s accessories must be an exercise in restraint.”

But also an exercise in personal taste. Where his mother, Nancy, designs the women’s offering, which is sold in more than 400 doors worldwide, the men’s collection portrays Gonzalez’s own preferences and lifestyle: the thoughtful travel bag that shuttles with him between Paris and New York, the slouchy everyday tote for the city, the sleek portfolio.

“I never carry a briefcase to a meeting,” he said. “A portfolio looks much better. My life is in these bags.”

In addition to the overnight, weekend and duffel bags, the line also includes travel kits, a watch roll, belts and an array of wallets.