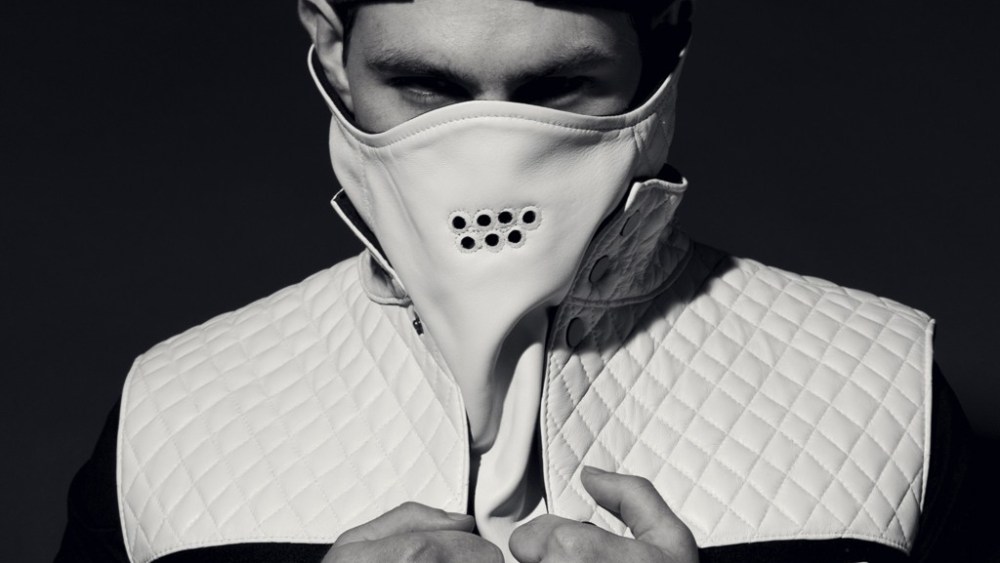 Hip-hop star Nasir Jones, better known as Nas, has partnered with Jace Lipstein, founder of the men’s style site Grungy Gentleman, on a line of high-end streetwear called HSTRY. The initial 33-piece collection will be available this fall.

The debut designs are heavy on leather outerwear, along with accessories like leather backpacks and leather and wool baseball caps. Sportswear items such as flannel shirts and sweaters incorporate leather panels and elbow patches. Neoprene is used for a peacoat, underlining the sleek, modern look of the collection, while leather ski masks add a hint of stylish menace.

“Clothes represent happiness. They’re our protection — even a reflection of what’s in our heads, our thoughts and ideas. Hence the phrase, ‘wearing our hearts on our sleeves,’” said Nas philosophically. “With HSTRY, I’m embracing our greatest moments recorded in time in the form of premium street fashion.”

The line will be available on an e-commerce site that Grungy Gentleman is launching on Aug. 1. The site will carry all of Lipstein’s fashion collaborations, such as current and past projects with Eton, Cohesive, Cotton Citizen and Del Toro. Additionally, the online shop will sell independent brands and limited-edition product from outside collaborations that don’t directly involve Grungy Gentleman.

The new e-commerce venture joins other men’s style sites that operate their own online shops, such as Hypebeast and A Continuous Lean.

Prices in the HSTRY collection are still being finalized but the motorcycle jacket and peacoat are about $1,800, the bomber jacket is $1,500, the backpacks are $995; hoodies and flannel shirts with leather accents are $850, and hats are $85 to $95.

Lipstein has met with a number of upscale retailers and expects to wholesale the line to a select group of stores, although no orders have been finalized yet.

“We wanted to make clothes that guys can wear comfortably but that are superfresh with some kick,” said Lipstein. “It’s streetwear meets high fashion — a direction that a lot of people are going in.”

Branding is minimal, with no exterior logos and even inside garments the HSTRY name is embossed, eliminating tags. Nas plans to add other nonfashion categories to the brand down the road, said Lipstein.

As this is Nas’ first fashion project, Lipstein spearheaded design of the collection, which is manufactured mostly in Los Angeles. Nas provided input on materials and gave direction on the overall look and feel of the line. “He knew what he wanted — he wanted bomber jackets and he pushed for the flannel,” explained Lipstein. “He’s a very intelligent guy and he’s willing to learn — he’s not a know-it-all.”

The duo has already started work on a spring line, which will bring pants, shorts, T-shirts and baseball and basketball jerseys to the HSTRY assortments.