Inspired by the sneaker label’s 990 style, the women’s and men’s items will be available starting Nov. 1. 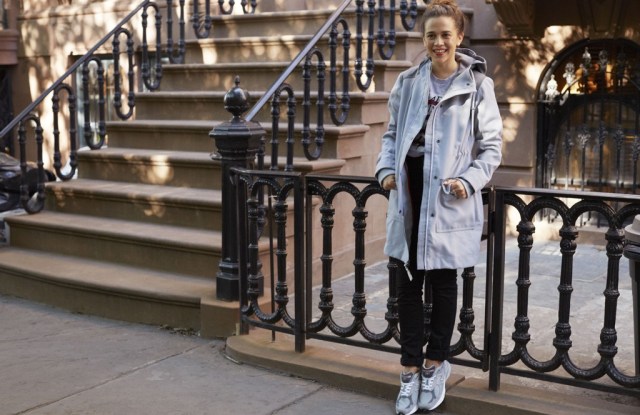 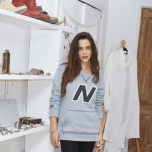 Three months after it ran a full-page ad plugging American manufacturing, New Balance is furthering that commitment with the introduction of its Made in the USA 990 apparel collection.

This story first appeared in the October 7, 2013 issue of WWD. Subscribe Today.

Inspired by the sneaker label’s 990 style, the women’s and men’s items will be available starting Nov. 1 in New Balance boutiques and via the company’s Web site. Signature details from the sneakers such as heavy-gauge topstitching and a waffle half-moon with mounted label are being used for the apparel.

A fleece pullover, poly-twill jacket, graphic T-shirt and other styles are made from materials sourced domestically. New Balance Made in the USA 990 apparel is produced by Peckham Inc., the Lansing, Mich., nonprofit that provides job training and competitive employment opportunities for persons with disabilities. Peckham is already New Balance’s manufacturing partner for military apparel.

Products with the Made in the USA label will retail from $30 to $200. The nearly $2.4 billion Boston-based company employs 4,000 people around the world. New Balance is currently the only major shoe company that produces athletic footwear in the U.S., with 25 percent of its U.S. footwear shipments being produced by five New England facilities. The company also operates a manufacturing facility in Flimby, U.K.