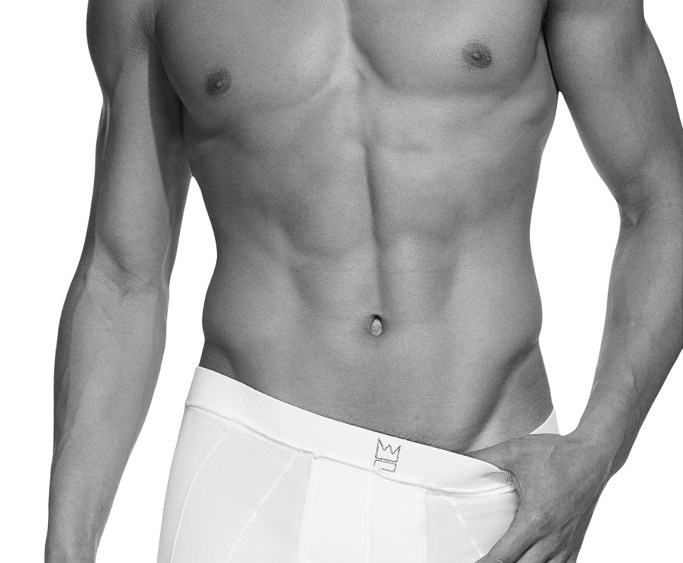 A new breed of fashion brands is cropping up in the $672 million men’s underwear market that could mark a sea change in the business.

Much in the same way premium denim took off in the U.S. in the Nineties with names like True Religion and Seven For All Mankind, a number of up-and-coming underwear brands have their sights set on pushing out the big-name players in one specific area: the premium-price tier.

The highly competitive men’s underwear sector is dominated by major designer labels such as Calvin Klein Underwear, Tommy Hilfiger, Ralph Lauren, Perry Ellis and heritage brands like Jockey, Hanes and Fruit of the Loom. Over the past decade, several trendy labels including 2(x)ist, Papi and Björn Borg have entered the field with fashion colors and prints as well as an abundance of logo motifs.

The newbies, who hail from the East and West Coasts as well as Canada and Europe, include Tommy John, Naked, Bread & Boxers, The White Briefs, Donn Mason, The Elder Statesman, Mack Weldon and Sunspel. There’s even a celebrity brand, Rated M Atelier, the higher-priced offering from actor and “Extra” host Mario Lopez.

What differentiates the new collections from the competition is the focus on upscale fabrics teamed with performance features, high-tech styling and creative packaging.

A number of small-to-midsize companies are also taking a good citizen approach and are making consumers aware via point-of-sale materials and Web sites that they source and produce with eco-friendly fabrics and mills.

While fashion continues to be a strong classification, industry executives say there is a growing demand for premium underwear that addresses the middle ground of luxury, bridging the gap between a basic commodity and a high-end designer label. The aspirational look is classic and clean in high-quality fabrics such as 100 percent pima cotton and Italian and Japanese microfiber blends with Lycra spandex.

Executives describe the target consumer as a metropolitan male who wants attainable luxury without paying top dollar for underwear by luxury labels such as Hanro or Zimmerli, which can retail from $40 to $120 or more. Prices in the sought-after premium range average in the low $20 to the high $40.

Megabrands have been addressing this consumer base for the past few years with key items, but a number of emerging underwear and T-shirt firms see an opportunity and are dedicating full collections to the premium classification.

Here, a chat with the creators of several cutting-edge brands.

• Rated M: Mike Tawil has been in the underwear business for more than two decades and knows his way around. The head of Mad Projects Industries LLC was the cocreator of 2(x)ist, a brand he sold in 2010. Fast forward to 2011, when Tawil launched Rated M, a line of underwear from actor Mario Lopez.

“Never be photographed with this guy,” Tawil said of the former teen heartthrob who models the underwear in the brand’s ads, and who portrayed Olympic diver Greg Louganis in a TV movie and was a contestant on “Dancing With the Stars.”

Rated M launched online with Freshpair.com last December and at Bloomingdale’s in February. The collection of premium underwear, T-shirts and bodywear includes three lines: Elementary, Atelier and Play. Elementary is made from 54 percent cotton, 36 percent polyester and 10 percent spandex, and features an engineered “M” fly on boxers and briefs. All products are sold in two-packs and range in price from $26.50 for briefs to $34.50 for crewnecks and V-necks.

The higher-priced Atelier collection is available at Nordstrom and offers a blend of 55 percent cotton, 37 percent Modal and 8 percent spandex. The line features an adjustable shirt hem, an engineered “M” fly and a conversational waistband. Retail prices for the single packs include briefs for $18 and crewnecks or V-necks for $29.50.

Play is designed for guys to wear while working out and offers an antibacterial combination of mesh and single-knit jersey, 95 percent polyester and 5 percent spandex, with flat-lock stitching for comfort and high-tech silicone reflective printing.

This spring, the company will offer a new line, B-Side, which will launch at Freshpair.com. Named for the B side of a record, the line is edgier and offers a frayed edge below the waistband. “It’s like you turned your underwear inside out,” said Daniel Tawil, Mike’s son and vice president of sales.

The packaging for Rated M is playful and sexy, with the tag line, “For Manful Men and Their Very Special Guests,” and includes the line’s logo, an upside-down M that looks like a crown. “It can be for man, magical, macho, Mario, whatever you want,” said Lopez. “It’s cheeky but fun.” — JEAN E. PALMIERI

• Naked: Created by Vancouver native Joel Primus in 2009, the brand made its debut on the Canadian TV series “Dragon’s Den” and was launched at retail in 2010 at Holt Renfrew. The brand went public in September and signed on entrepreneur Daymond John of ABC’s “Shark Tank” as brand adviser this month.

“We use Italian MicroModal and work with factories that have Bluesign [eco-friendly] verification. The idea is the fabric makes you feel good, as if you’re not wearing anything at all,” said Primus, noting that a portion of sales goes to the Project World Citizen Society, a charity he founded. “We’ll be launching a line of Turkish pima cotton at Nordstrom for holiday.…We cater to the graduate of Calvin Klein Underwear, and who is attracted to the environmental and humanitarian aspects of the brand. He’s not someone who wants to parade around in his underwear. We like to think of ourselves as affordable luxury, the middle ground of luxury underwear.”

Primus identified his target customer as 25 to 45 years old, “probably with a college degree and an active sex life.”

“We really started from our own needs. We could not find any basics that we really liked; all T-shirts were too short and most underwear was tagged with logos. The few good ones we found were always too expensive.…Getting great underwear should be as simple as picking up the morning bread. We believe it should be easy to find good basics at a good price. The customer for B&B is someone who appreciates comfort, great fit, and attention to detail in addition to classic, clean style. It’s someone who doesn’t need the clothing to speak for him, because he’s comfortable in his own skin. Think of the beauty of a plain white T-shirt and its likeness to a blank canvas,” said Lindahl.

“We are the plain alternative to the elaborate designs. Unadorned with logos or embellishments of any kind, B&B is as simple as life’s most basic daily items. Packaging is also like no other brand; the clean white paper bag reflects the simple nature of the brand,” explained Palmgren. “Going forward we will also focus more on e-commerce and will be launching a new online store in November. B&B is also looking into new sales channels such as the successful mini bar concept with underwear at hotels.…We are also launching a women’s collection in Europe this Christmas.”

• Tommy John: Created in 2008 by Tom Patterson, the brand’s launch featured The Second Skin Collection, a line of T-shirts and underwear rendered in antipilling MicroModal. The key item is a form-fitting undershirt designed to stay tucked in, so it won’t look loose underneath dress shirts.

“Tommy John is not just a brand with a name on the elastic waistband. We create something that can be washed to death and still look good. In early November, we’ll launch a line of 360-degree stretch poly-spandex called Dude Stripe, and in January we’ll launch what I call the lightest cotton stretch collection that weighs 3 to 4 ounces [per item], called Cool Cotton by Tommy John,” said Patterson. “We try to have some type of built-in margin because we’re a replenishment business. When you look at brands like Calvin Klein Underwear and 2(x)ist, they launch two lines a year. We launch one line a year and we don’t discount.

• Mack Weldon: Based on a heritage brand of the 1900s called Weldon, the Mack Weldon label was cofounded by Michael Isaacman and Brian Berger.

“This whole brand is a product of my personal experience. I come from a digital background and it was the only product that frustrated me — going to stores and malls, sifting through product, seeing tons of waste associated with packaging.…I never purchased the product and ended up with tattered items that my wife threw out,” said Berger. “What sets us apart is, we are a product-centric brand that mixes comfort with performance, and we focus on convenience for the customer with the ease of our Web site experience, which we think is the most convenient way to buy underwear. What we like about this category is underwear is replenishable goods and the likelihood of customer satisfaction is very high.”

• The White Briefs: The three-year-old brand was created by Peter Simonsson, a former creative director for Björn Borg underwear and apparel.

“I felt the time to create something really honest and transparent was right, underwear that was environmentally correct and made with board-certified manufacturers in Estonia and Lithuania. My target customer is someone who really knows what’s going on in the world, around 20 to 40 years old, who is interested in a product that doesn’t shout out,” explained Simonsson. “When I started, retailers were asking what’s new [in color and prints], and now I see so many other brands that are doing the same thing I’m doing.”

• Donn Mason: The brand was created in 2003 by Jared Brandt and revamped in 2010 to have a gentleman-inspired look.

“A lot of men are watching TV shows like ‘Mad Men’ and ‘Boardwalk Empire,’ and men are starting to care about how they look again,” said Brandt. “What we are doing is completely different from the fashion house brands — we’re using the same or better quality fabrics like Modal spandex knits and our product is made in the USA. Name one [mega] underwear brand that does that?”