Anxiety over southern Europe’s fragile economy was balanced with excitement over green innovations. 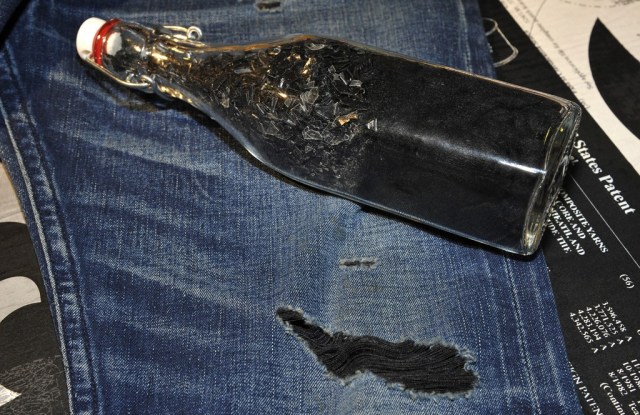 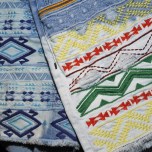 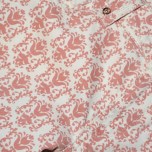 PARIS — Anxiety over southern Europe’s fragile economy was balanced with excitement over green innovations in denim dyeing and the fashion potential of ethnic motifs at last month’s Denim by Première Vision market here.

The two-day fair, held at La Halle Freyssinet, provided a strong platform for advances on the environmental front, including dyes that use less water and chemicals. At the same time, Arabic and Native American motifs drew interest from buyers looking for the latest fashion looks.

Italy’s Industria Tessile del Vomano is producing a new line of denim fabrics using wine rather than synthetic indigo, thanks to a patent it acquired from Ecoyaa, a Korean company specializing in natural dyeing techniques. The fabric samples presented at the fair were made with fiber producer Invista and used locally produced wine, explained ITV vice president Paolo Gnutti, emphasizing that the manufacturing process is environmentally friendly.

After launching its material made from recycled beer bottles, U.S.-based Cone Denim highlighted its new product made from reprocessed food trays. “Our ‘food-tray black’ is a nice, dark pastel indigo, with a recycled aspect to it,” said Kara Nicholas, Cone Denim’s vice president of new product and marketing.

Levi Strauss & Co.’s Levi’s brand, which had previously incorporated water-saving technology into its Water<Less program, is now using recycled bottles and food trays in a line of men’s and women’s denim, called the Waste<Less collection, set to hit stores in January.

Italian Tessitura de Robecchetto Candiani SpA presented N-Denim, a fabric using a sustainable nitrogen-dyeing denim technique, which delays the oxidation process and accelerates the penetration of indigo into yarns. The system also allows for a savings of up to 33 percent in water consumption and the avoidance of hydrosulfites and fixation agent usage, according to the company.

This novelty could help spur company growth. Gianluigi Candiani, president of the company, forecast Tessitura de Robecchetto Candiani will register a 25 percent sales gain in 2013 against this year’s estimated revenues of 110 million euros, or $143.9 million at current exchange.

“We mainly sell to Northern Europe and America, so we aren’t very much affected by the economy in Italy and Spain,” he said.

Other finishes garnered attention at the trade show, as well.

Mango buyer Javier Casado said he saw interesting new ideas, such as a resin coating that imitated leather and Modal fiber interpretations providing soft looks. Among what Casado was after for summer 2014 were “satin and more satin-construction fabrics, light denim shirts and superslim silhouettes contrasting with very fluid shapes.”

As for ethnic influences, French brother-designers Hervé and Steeve Chiche said they were seeing jeans beaded with Native American motifs.

“I think Isabel Marant’s work with these types of Inca or Aztec motifs has an impact. She is a true reference,” said Hervé Chiche. “Her take on denim as a designer gives a new momentum to the market.”

He noted, “For women, it is all about very light fabrics. We make trousers that have a loose fit with shirts fabrics. We have been doing it for a while, but we are starting to see a very big interest from our clients.”

Adriano Goldschmied, who is a partner at Citizens of Humanity and founded the GoldSign label, said the premium market is doing well in Europe and America, with celebrities having a distinct impact on the market.

“For instance, when Pippa Middleton wears our jeans, we see sales picking up the same day,” said Goldschmied, adding the European market is strategic for his company. “You have to have a presence there to be successful globally.”

To get to the customer at any level today, fresh ideas are a must. “If you bring innovation, you create your own market,” said Goldschmied.

“Whatever is new in the denim industry is a good thing — no matter if you dye with wine or snake blood,” commented Fredrik Folkesson, product manager at Tiger of Sweden, who was walking the show.

Organizers said Denim by Première Vision’s attendance was up 5 percent to 2,676 versus the November 2011 session. This included an 8 percent rise in Northern European visitors and a 20 percent increase in guests from the Netherlands. The number stemming from the U.S. was stable, according to trade show organizers.

Première Vision chief executive officer Philippe Pasquet said although the European denim market is facing challenges, the show maintained a sizable number of visitors from southern Europe and the main American players made the trip.

“Business is picking up in America,” he said.

The next Parisian edition of Denim by Première Vision is to be held May 22 and 23.