Despite the country’s swollen unemployment rate, there is a generational passing of the torch taking place among family-run yarn firms. 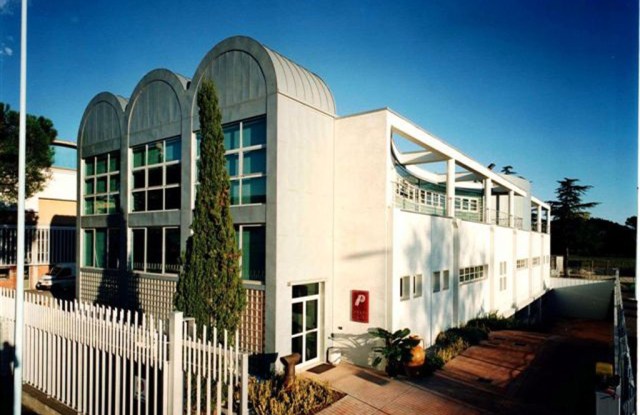 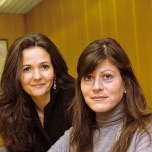 PRATO SESIA, Italy — Lincoln Germanetti has technically worked for the family business since he was about nine years old, selling the company’s yarn samples to his friends at school, his doctor, his own grandmother and basically anyone else who would listen to his sales pitch.

At 39, following the death of his father last year, he is now chief executive officer of the Tollegno 1900 group, the company his family purchased in 1985.

“I’m more sales-oriented and my father was a true industrialist,” Germanetti said in an interview from his office in a small town in the northern Italian region of Piedmont. “He had sort of a sixth sense for things, from buying [intimates company] Ragno at the right time, to producing and selling in foreign markets, to having a real connection with the product. He really had an eye for yarns.”

Despite Italy’s swollen unemployment rate, which in April rose to an overall 12.6 percent and saw its under-25-year-old index hit an alarming 43.3 percent, there is a generational passing of the torch taking place among family-run Italian yarn firms. The companies that have survived the worst of the financial crisis are seeing a more Internet-savvy, internationally educated and commercially minded younger generation bring expansion plans forward and push their products in places like China and Japan.

Italy’s new 39-year-old prime minister, Matteo Renzi, has made solving the country’s unemployment problem a priority. He is also focusing on loosening the rules on job security to reinvigorate the labor force, which for the most part is dominated by older males.

“Every generation is more modern than the last,” said Saida Petrelli, external communications director of the Prato branch of Confindustria, Italy’s industrial association. “In the past, there was an emphasis on production more than the commercial, finance or marketing side.”

Confindustria estimates that nearly all of Italy’s yarn companies in the textile-rich regions like Prato in Tuscany are family run.

After studying in Los Angeles and spending some time to work in sales in France, Germanetti took the helm at the Ragno division in 2001. Since he started, sales rose from about 10 million euros, or $8.84 million, to about 50 million euros, or $68.5 million, today. Along with his younger brothers, Germanetti built Ragno’s e-commerce Web site, which generates sales tantamount to those of a monobrand Ragno store. Other changes within the company credited to the ceo are the photovoltaic panels installed on the rooftops of Ragno’s warehouses and plans for an art foundation involving the work of young contemporary artists commissioned to interpret the firm’s old and new campaigns.

“For years, I worked with my father and participated in the business affairs of all our companies,” he said. “We worked closely and talked regularly about all the companies’ issues and problems.”

Germanetti’s goals include boosting its Web site and sales in markets like Greater China, which he visits several times a year to showcase new yarns and textiles at trade fairs and meet with factory owners who produce for major American brands.

Meanwhile, in the Tuscan textile heartland of Prato, Pinori Filati, a company that had sales of 12.5 million euros, or $17.1 million, in 2013, is building a reputation for making combed yarns and recycled yarns from old jeans.

Pinori Filati is a family-run company that is headed by Raffaella Pinori, the daughter of the company’s founder. As a child, she followed her parents to work and often did her homework with the clamoring sounds of yarn machines in the background. Pinori later helped her father during trade shows by working as the front-desk hostess. Now 45, she is ceo of the company.

“I think that I have infused the company with a more fashion-oriented image,” Pinori said. “Without losing the expertise and tradition of our history, today we are a company that is more focused on fashion and appeal of collections.”

She hopes to grow the company’s business in foreign markets like China, where there are emerging designers and new opportunities.

Nearby, Lanificio dell’Olivo is a yarn company that prides itself on an over-100-year-old heritage. After Ilaria Taddeucci Sassolini, Lanificio dell’Olivo’s commercial director, graduated from college, she traveled to Hong Kong to build a rapport with the agents that sold her father’s products.

Around the same time, her sister, Chiara, obtained a degree in economics and business and went on to pursue a master’s degree at Parsons School of Design in New York. Chiara now leads the design team and is in charge of researching trends. The sisters run the company together and are focused on growing its sales in the U.S., Japan, China and Hong Kong, and developing the business further in Russia and South America.

“The Internet helped us a lot, but what really made the difference was the energy we invested in developing new products, special colors…and fabrics that are made to measure in terms of patterns and colors, and an overall rapid, almost tailor-made service,” Ilaria Taddeucci Sassolini said.