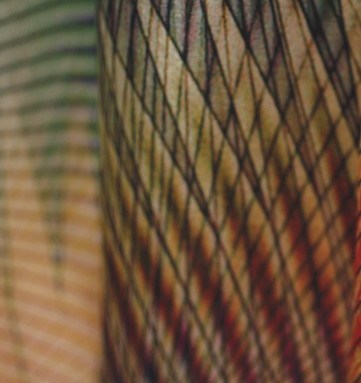 NEW YORK — Last week’s round of international textile shows here saw buyers and mills struggle with an unclear vision of what direction the reeling global economy might take this year.

Despite the weak economic backdrop, mills remained committed to keeping a steady presence in the New York market. Première Vision Preview had only one less mill exhibiting compared with last year’s edition, presenting a total of 111 weavers. Denim specialty trade show Kingpins expanded its roster of exhibitors to 19, adding denim giants such as Cone Denim and Tavex. Organizers of Prefab: The Supima Premium Fabric Show also expanded the number of mills participating in its sourcing show format to 57.

“Everyone was fearing that the buyers would cut everything,” said Pasquet. “Especially at the moment, it’s difficult to assess if we’re at the bottom.”

Buyers shopping the shows were also finding it difficult to plan, according to Pasquet.

“The main issue is the lack of visibility,” he said. “It’s a completely unique situation. Nobody working today has experienced such a situation…so we all have to adapt to a brand new situation.”

Buyers took advantage of having the world’s mills at their doorstep and the opportunity to get an early read on trends, as many expect constrained budgets will prevent them from heading to Europe to visit suppliers and larger textile fairs in the coming months.

The buyer said the retailer has sought to maximize its costs by choosing fabrics that can work across categories, “or things that are just as nice in their natural state as they would be washed down.”

Slashed travel budgets likely played a part in the rise in attendance at the show last Wednesday and Thursday at the Metropolitan Pavilion. According to the organizers, the number of visitors rose more than 2 percent to 3,284. However, Pasquet expects to see a decrease in American attendance at the Première Vision show in Paris next month.

Understated luxury was a theme among mills exhibiting at PV Preview. From matted silks to tonal embroideries, the season’s key fabric designs had a feeling of restraint.

Mills pulled back from the hyperdesigned textiles of the last few seasons, instead opting to mix media in a bid to gain broader appeal. Peter Voegtlin, sales manager at Germany’s KBC, described his company’s approach as a reaction against the influx of cheap materials flooding the market.

“Cheap is the wrong direction,” he said. “Our designers keep quality levels high and produce cross-designed products like abstract, geometric florals that appeal to our customers.”

But Le Chatelier cautioned against mills piling on the options and muddying their ideas to dupe customers into buying more.

“It’s not about how many techniques you can cram into the textile,” she said. “It’s about making luxury and design more tempered, familiar, more personal.”

The high cost of using pima cotton and a growing lack of interest in the crop among farmers is creating a challenging environment for Supima, the promotional organization representing the U.S. pima cotton industry. Prefab: The Supima Premium Fabric Show ran at Gotham Hall last Tuesday and Wednesday and reported stable attendance and requests for samples.

Jesse Curlee, president of Supima, admitted there’s been a slowdown in pima cotton sales and production.

“Mills don’t want to have any inventory and the retailers have slowed down,” he said.

In addition, farmers are shifting to higher-paying crops such as tomatoes or almonds.

Benjamin Lam, vice president of Fountain Set USA, a fabric and garment manufacturer for companies including Nike, Marks & Spencer, J. Crew and Lacoste, said he has seen orders reduced by as much as 30 percent since October. With smaller mills being forced to shut their doors, Lam said sourcing executives have been less apt to seek out new mills. Instead, they’re gravitating toward larger companies they feel will be able to weather the storm.

“This is the time to place fall orders and it’s not looking good, it’s not optimistic,” Lam said.

Exhibitors at Kingpins said price was a consistent discussion point during the show’s two-day run that ended Wednesday at 336 West 37th Street.

Roberto Praxedis Saldana, international customer service manager with denim fabric manufacturer Tavex, said pricing seemed to be more of an issue with larger brands. Saldana has also noticed a shift in the sourcing environment, with more brands and retailers looking to bring production back to Mexico and other countries south of the border.

“We have been hearing that a lot. They are trying to bring production back,” he said. “One point is how quickly they can have their goods, but the pricing in China is not as competitive as it was years before.”