MAGIC Moments: Ones to Watch 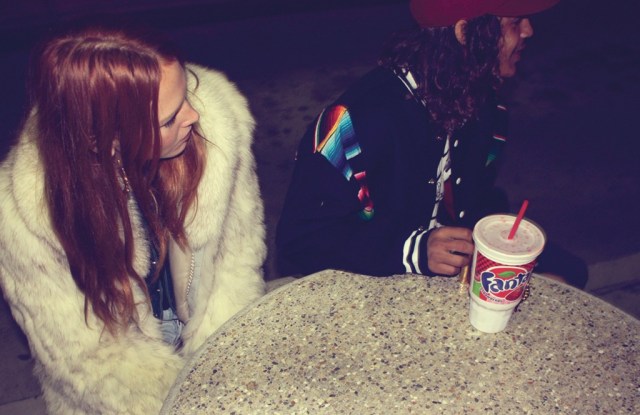 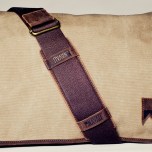 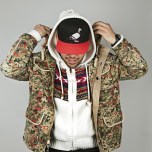 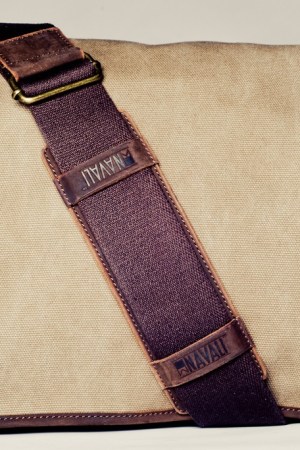 A bag by Navali.

“Streetwear is our market and what we naturally fell into,” said Philippa Price, who founded the label with her best friend, Smiley Stevens, last year. “But in the fashion world, that is entirely male dominated. At S.L.A.T.E. [the streetwear-themed part of the MAGIC show], we heard we’re going to be the only girls there. It’s kind of scary but exciting, too.”

The same could be true of their Los Angeles-based label, which actually had its start during their college years in New York. “Smiley was at NYU and I was at Parsons,” said Price. “We instantly bonded and became best friends. We’re both tall girls with wacky senses of humor. We found our creative soulmates.”

During college, the two started making brass wallets in the shape of cigarette cases at the Parsons metal studio. For fun, they branded the wallets with rap quotes about money. It didn’t take long for the word to get out and the orders to come in.

“We got a lot of blog attention,” said Stevens, “and it evolved into a whole clothing brand.”

At MAGIC, they will introduce their first cut-and-sewn men’s collection for fall, one that “exudes the California lifestyle of East Los Angeles with a high-fashion twist.” Key pieces include varsity jackets with authentic Mexican blanket accents that will retail for $200, and an all-over sublimation print crewneck sweater depicting photos of low-rider cars, priced to sell at $160. The photos used on the sweaters were taken by infamous Los Angeles gang photographer Robert Yager, whose images the girls will put on a line of T-shirts that will come out this summer. Also on tap: a capsule collection for Los Angeles-based skatewear label DTA Rogue Status.

“This is us,” said Stevens. “It’s our aesthetic. It might seem scary, but it’s not. You can be gangsters without being in a gang. We love when people have seen our Web site and then see us.”

Rob Rothman may have been born and raised in the concrete canyons of New York City, but he’s always been drawn to nature. He moved to rural Vermont after college to indulge his passion for running, skiing and kayaking, and traveled to Europe, Asia and Latin America to experience the beauty and history of those far-flung lands.

One year ago, Rothman translated his passion for adventure into a company he named Navali, a derivation of the Latin word navalis, meaning “pertaining to ship.” The bags, which will be shown in the Menswear pavilion at the MAGIC show for the first time this month, are designed to be durable and functional with a look that is timeless — “a bag line meant for living life,” according to the company.

The core collection features washed canvas bags with distressed leather trim accented by antique brass findings that are designed to be reminiscent of a vintage sailing vessel. Top-selling styles include messenger bags, retailing for around $175; rucksacks for $205; computer bags for $215, and a weekender for $245.

Navali also offers canvas wallets trimmed in leather and lined in cotton for $45 to $65.

For fall, the brand will be expanding into two additional colorways for its bags — olive and navy — and will also introduce an all-leather collection, which will retail for about $100 more.

Jeff Staple is getting ready to spread his wings.

Although the founder and creative director of Staple Design has been in the business since 1997 and operates both an influential creative agency as well as the Reed Space retail stores in New York City and Tokyo, he’s decided to turn his full attention to his streetwear brand.

“We’ve had a collection every season, but we’ve kept it very niche and boutique-based as we honed our craft,” Staple said. “It was just one of our buckets of operation.” He said the line, which has been premium priced and sold at such retail stores as Colette in Paris, Beams in Tokyo and Fred Segal in the U.S., is undergoing a transformation for fall.

“We used to be in a little 10-by-10 booth at Capsule,” he said, “but in the past year, we decided to take the time to invest in the clothing line. Fashion is the one thing that can live beyond me. With the creative agency, once I pass, it’s gone, so we’re putting all our chips into the clothing line to make it more robust.”

To properly showcase the brand, Staple has created a 600-square-foot, custom-designed booth at the S.L.A.T.E. section of MAGIC. At the same time, he has switched manufacturers and brought the retail prices down to a more reasonable level. “We had made everything in Japan and the prices were so high, we could only serve around 1 percent of the population,” he said. “We’re trying to cater to a new market.”

Staple Design is still manufactured in Asia and the aesthetic remains the same — as does the brand’s logo, the pigeon.

“You either like it or loathe it, but it starts a conversation,” he said with a chuckle. He said he chose the bird to be the face of the brand because it’s “an urban survivor, and that’s the soul of the brand. And a kid from the city can relate more to that than to a polo horse.”

Staple Design is heavily influenced by street culture and music and offers a full lifestyle collection for men. “Our DNA is street and hip-hop,” Staple said. The customer is a young guy who is comfortable wearing a T-shirt with jeans and penny loafers while carrying a skateboard. The fall collection will speak to the eclectic nature of that man, Staple said, with an offering that ranges from graphic T-shirts and caps to outerwear. Blazers, with the company’s customized camouflage lining, will retail for $110, and the company’s Heritage collection, which will feature “old Champion-style sweatshirts and hoodies” with the pigeon on them, will sell for $60.