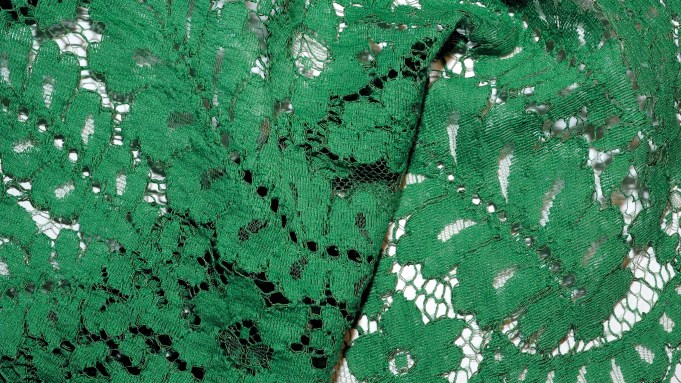 Market uncertainty continues to cloud the outlook for this month’s fabric trade shows in Paris, as designers and fashion firms seek inspiration for their spring 2017 collections.

The slowdown in China, tensions in the Middle East and nervousness about the health of the global economy, as well as ongoing security fears here following the terrorist attacks, are also likely to have an impact.

Upscale fabric fair Première Vision will take place Feb. 16 to 18 at the Paris Nord Villepinte show ground, while the more mainstream and sourcing-centric Texworld will run Feb. 15 to 18 at Le Bourget.

Security remains an issue after the Paris attacks last fall.

Première Vision has put measures in place in collaboration with French authorities, including asking visitors and exhibitors to leave suitcases at their hotel or in their cars and checking bags at all entrances.

“We are hoping these measures will reassure our international visitors,” said Gilles Lasbordes, general manager at Première Vision. “We don’t have any sign of cancellations, although we remain cautious.”

Michael Scherpe, chief executive officer of Messe Frankfurt France, which organizes Texworld, believes the show’s market-focused positioning will see it through and noted that the exhibition has seen an increase in registration.

“There is the general atmosphere and there are global macroeconomic factors, but within this there is movement and there are opportunities,” he said. “Some segments, like lingerie, have performed well, while others have struggled.”

While Scherpe conceded that some visitors, especially from Japan, may be avoiding Paris after the attacks, he believes the show will not see a major dent in the quality of traffic.

“Visitor numbers are just one parameter,” he said. “For a show that is at the heart of its market, even if it loses 20 percent of its visitors, it’s not important. There are buyers who absolutely need my show. We need to stay realistic and objective.”

Texworld’s exhibitor profile has not been impacted by fluctuations affecting the global economy, Scherpe noted. China continues to represent the lion’s share of exhibitors at Texworld and he does not expect the slowdown in the country’s economy to change that. “Some [companies] are not coming and others are coming instead,” he added. “Their profile has not changed.”

He also doesn’t expect the situation in the Middle East to impact the show, despite Turkey accounting for its second-largest quota of exhibitors.

Première Vision, meanwhile, expects to maintain its position as a key upscale fabric fair by focusing on unique production methods, linking design talents with exhibitors and pursuing its strategy of emphasizing transversal collaboration between business specialties.

The show is bringing back its Maison d’Exceptions, an enclosed area showcasing special manufacturing techniques, for the fifth year. This year, 27 international companies are participating, including accessories and leather goods manufacturers, up from 26 in 2015. There are 13 newcomers, such as Atelier Lorriaux, which specializes in the ennobling of specialty textiles; Suzusan, which focuses on shibori, a traditional Japanese textile-dyeing technique, and Il Borgo Cashmere, which does special fine weaves.

This edition of Première Vision will have 1,720 exhibitors overall, down 4 percent compared to last year. Some 145 are new exhibitors, with PV Fabrics and PV Manufacturing getting most of the newcomers — 44 and 31, respectively. They include Italian mill Marchi & Fildi SpA; Textiles de la Dunière, a yarn and jersey producer; French embroiderer Dentelles MC, and Turkey’s Artar Tekstil, a manufacturer that focuses on functional workwear.

“This edition is in line with the last one,” said Labordes of the format, adding that some new features were introduced in September, such as Shoe Focus, a forum mixing exhibitors from PV Accessories with those of technical components from PV Leather.

Another highlight will be an exhibition in collaboration with L’Eclaireur, the French specialty store chain, where designers including Uma Wang, Aganovich and By Walid will offer their take on shigoto using fabrics from the show’s exhibitors.

As for colors, she cited “heady red, guava, floral prints. It will be a very colorful summer.”

At Texworld, the event continues to expand in size and scope, with a growing focus on quality and more stringent selection. This season, the event will span two halls at Le Bourget, a first for the February session, notably due to the exponential growth of the Apparel Sourcing event, which will have 230 exhibitors, up 30 percent from last February.

It will also feature a series of conferences, with a focus on the Mediterranean Basin and Southeast Asia. German supply chain association Dialog Textil-Bekleidung will stage its annual general assembly at Texworld, the first time it will be held outside Germany.

Texworld’s offer will be better segmented, with separate sections for the distinct product categories. “We will be more adapted to the buyer’s needs [and] the evolution of the market,” Scherpe said.

A linen and hemp section will be larger, with around 30 companies, and the show is also expanding its denim offering.

“We are very active in denim, notably with new Chinese manufacturers we have accepted that are interesting and unknown on the market,” he added.

Avanprint, a show within the show, will launch with eight digital print equipment manufacturers aiming to exhibit the possibilities opened up by the technology to designers and buyers.

“Over the past five years, innovations have been coming thick and fast,” Scherpe said. “Volumes are increasing and the price of ink has fallen, so digital printing has become competitive and has moved from luxury to ready-to-wear. Digital printing in Europe has begun to overtake flat-screen printing.”

Advanced textiles event Avanprint will stage its second session, with innovations including cooling and antibacterial fabrics.