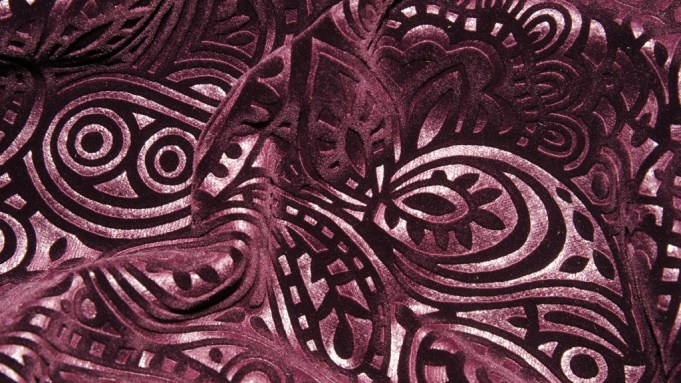 PARIS — Seeking to differentiate themselves in a crowded and complex market, exhibitors at Première Vision, Texworld and Apparel Sourcing turned up the creative juices.

At the same time, they sought to find the right formula in a difficult economic environment and a manufacturing landscape that seems to be always shifting.

Most exhibitors cited flat sales growth in 2012, although many are expecting an uptick in the second half of 2013.

At Première Vision, which ended its three-day run on Thursday, Nino Cerruti, president of Lanificio F.Lli Cerruti, said, “The biggest pressure on the market is that there is too much offer compared with consumption. People are starting to think maybe it is better to buy less but buy better, so we see a lot of attention to better things.”

Market experts estimate that in the last 10 years, around half of European textile supply chain players have gone out of business.

“One of the strategic points of the future is to decide whether or not to be involved at the beginning of the production chain,” he said. “Our investment in the next 10 years will be in this area.”

Others pointed out that with synthetics increasingly able to emulate natural fibers, naturals are becoming less competitive.

“There is a lot of linen mixed with polyamide, for example,” said designer Maxime Simoëns. “It’s still luxury, but now luxury is not the stereotype of 100 percent silk, 100 percent cotton.”

Chiaretto Calo, global commercial director of Miroglio Textile, said, “Today we have polyesters that can give the feel of cotton or the feel of silk. Nobody can really spot the difference. Our long-term view is that polyesters will be the majority fiber, [because] the world has limited natural resources.”

With this in mind, Miroglio was showcasing its new E.Volution digital printing technology it claims offers environmental advantages, including using only one liter of water per meter, compared with 50 liters for traditional printing.

Many mills were focusing on widening their client base, particularly toward the volume-oriented fast-fashion segment.

“If you want to work only on the high level, you probably don’t have the volume to remain on the market on an industrial level,” said Marzotto’s Tamborini. “You have to be able to mix both, avoiding contamination in terms of product and brand. This is something new for our industry.”

As such, exhibitors were keener to highlight their expertise. “As European textile manufacturers, the only solution we have is frenzied creativity,” said Lucien Deveaux, ceo of Deveaux SA and president of the Union des Industries Textiles.

“Everything is a little more artisanal, with more personality,” designer Lutz Huelle concurred. “The factories want to show what they are capable of.”

As ever, pressure on time-to-market and late ordering was a topic of conversation, highlighted succinctly by Giambattista Valli. Rather than shopping for spring 2014, he said: “I’m looking for wool to do my fashion show in two weeks.”

Embellishment was a standout in many stands. Lacemaker Solstiss showed off new lines including a classic Chantilly laminated with iridescent metal. Florals are also seeing renewed popularity, described by Jakob Schlaepfer’s creative director Martin Leuthold as a “Dior effect,” following the women’s collections designed by Raf Simons for the house.

According to preliminary estimates, visitor numbers at Première Vision were slightly up on last February. “We have seen a solid edition, given the morose economic climate,” said Philippe Pasquet, ceo of Première Vision SA. This was despite the event falling during the Chinese New Year holiday, Carnival in Brazil and New York Fashion Week.

The event nevertheless saw a double-digit rise in U.S. buyers, Pasquet said. “The American market is going toward the valorization of the product and differentiation, whereas traditionally it was more a volume market,” he said, adding that Japanese, Russian and Italian visitors were also up.

Ricca noted that prices had gone up at Texworld, but Anthropologie would “use little tricks” like blocks of more expensive fabric on the front of a garment, less trim or shortened skirts, to balance costs.

Lily Lace was among Ricca’s top picks, with multicolored lace, embroidery and ability to manufacture large quantities in China and special items out of Japan. Max Vogue was another favorite of Ricca’s, and at South Korea’s JKtex, “they have poly that doesn’t feel like poly; it’s so beautiful,” she said.

“Business is down, but it also gives chances for people who want to do something outstanding, so it’s an opportunity,” said Riny Camp, designer for Netherlands-based textile product developer Flavoureyes.

Like many exhibitors, Dilip Agarwal at India’s Indmoda Exports said he was willing to compromise for tightened budgets. “We are quite flexible with prices and can reduce our profit margin,” he said.

Amanda Wilkinson, senior designer for U.K. retailer Debenhams, appreciated the range of embossed materials, including velvet and leather, at Texworld.