Under new leadership, Patagonia Inc. is adopting omnichannel into its business strategy. 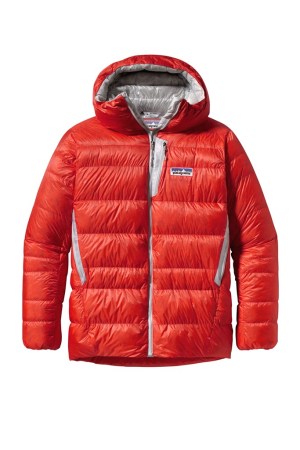 LOS ANGELES — Under new leadership, Patagonia Inc. is adopting omnichannel into its business strategy this year along with two other buzzwords garnering attention in the apparel industry: fair trade and venture capital.

A pioneer in unconventional business practices, the outdoor apparel and equipment specialist is launching a fair trade clothing line for women as well as a new venture capital fund to help environmentally minded startups.

“It’s important that we don’t think of business as separate from life, separate from the environment, separate from our home,” said Rose Marcario, who was named Patagonia’s president and chief executive officer earlier this year. “Patagonia is going to continue to take a creative and provocative approach to business. I do think business can be a positive agent for change.”

Like many apparel executives, Marcario is strategizing ways to grow Patagonia’s omnichannel strategy. The first step is to break down barriers as it relates to customer service. For instance, if a customer in a store wants an item that is available only online, the company wants to be able to mail that product and complete the sale in a single transaction.

“We’re investing a lot in our direct channel, our omnichannel model basically,” she said. “That’s a big initiative for the company.”

Marcario is prepared for the challenge. Since joining Patagonia in 2008 as its operations and finance chief, she has led the Ventura, Calif.-based company to doubling its scale of operations and tripling its profits. Last year, she became ceo of Patagonia Works, the brand’s parent company that employs 1,900 people worldwide. In February, she added the title of Patagonia’s president and ceo, succeeding Casey Sheahan.

Patagonia has exhibited strong growth over the last few years. Sales increased 25 percent in fiscal 2011 from the year before, then another 35 percent to $550 million in fiscal 2012. Last year, sales reached around $600 million. As for this year, Marcario declined to disclose specific goals but noted: “We’re having a really healthy year this year. It’s continuing that trajectory we’re on.”

New products like the fair trade collection drive growth. As a founding member of the nonprofit Fair Labor Association, Patagonia was bound to be one of the first national apparel retailers to introduce fair trade clothing, paying a premium to factory workers for every fair trade certified product it sells. Following a previously launched women’s yoga line, which retails for between $45 and $79, the brand is offering six women’s sportswear styles, including heathered fleece zip-up jackets and striped hoodie dresses, as part of its fair trade program for fall. Retailing from $45 to $89, the sportswear will be sold in Patagonia’s stores and on its Web site. Next spring, the fair trade grouping will expand to more than 30 styles, including men’s options.

Patagonia currently operates 24 full-priced stores in the U.S. and the same number in Europe, Australia and Japan. As part of its plan to boost global growth over the next few years, it unveiled its first flagship in Seoul in a joint venture last November. Rather than targeting the noteworthy BRIC countries — Brazil, Russia, India and China — Marcario said she wants to fully develop Patagonia’s existing markets. In the U.S., the company also has one store selling surfboards designed by Fletcher Chouinard, the son of Patagonia founder Yvon Chouinard, and five outlet units. Supplementing its direct retail business, which contributes the majority of sales, are specialty wholesale accounts such as fly fishing and ski shops, some of which have carried Patagonia’s products for more than three decades.

Patagonia is also on a mission to build other businesses through its venture capital fund, $20 Million & Change. Started last year with the amount noted in its name, the fund has been described by Yvon Chouinard to “help like-minded, responsible start-up companies bring about positive benefit to the environment.” Marcario said the average investment will be between $500,000 and $2 million, and that Patagonia would likely receive an equity stake in exchange for the investment. While Patagonia is considering a broad spectrum of industries for the fund, including energy, water, waste, food and the apparel supply chain, she said it is now finalizing the deals that it plans to reveal in a few months. “Right now we’re focusing on American companies,” she said, adding that the fund can be widened in the future to target international start-ups.

Another area of investment for Patagonia is its own research and development department, the Forge, named after the spot where Chouinard first made the mountain-climbing tools that gave birth to Patagonia in 1973. Now home to a half-dozen product-design engineers and material developers, the Forge has produced a parka filled with its proprietary water-resistant Encapsil down, a self-inflation vest for big-wave surfers and other items.

“We’ve always been a product-driven company,” said Marcario. “Making the highest quality for our core customers is our number-one job.”