When the company purchased Gillette in 2005 for $57 billion, the firm added a century’s worth of shaving know-how to its product portfolio. 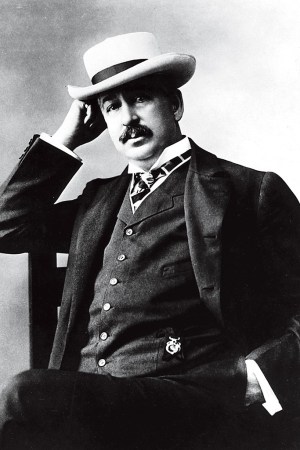 Call it a competitive edge.

When Procter & Gamble Co. purchased the Boston-based Gillette Co. in 2005 for $57 billion, the firm added a century’s worth of shaving know-how to its product portfolio.

“This brand has an amazing 110-year-old [plus] history of innovation and connecting with consumers,” said Patrice Louvet, a 20-year P&G veteran and president of the company’s global shave care category, which is also comprised of Venus and The Art of Shaving. “I’d like to continue to drive that [by] finding new and exciting ways to open up consumers’ minds to shaving.” At the core of Louvet’s focus is Gillette, a brand valued at an estimated $6 billion, and Venus, launched in 2001 and valued at more than a half-billion dollars, according to industry sources.

Gillette’s beginnings are humble and invention-filled. Prior to the 19th century, men had one shaving implement: a straight-edge blade sharpened by a barber’s leather strop. In 1901, King Camp Gillette, a traveling salesman, brought to market his idea of the “safety razor,” a thin, stamped replaceable steel blade affixed to the end of a handle. Although there were reportedly similar designs in existence prior to this one, Gillette was the first to receive a U.S. patent for his design. He launched his company in 1901 and began to sell his product in 1903. At the time, a silver razor with a two-year supply of blades retailed for $5, while a gold razor and a two-year supply of blades cost $12. Today, that would translate to about $132 and $316, respectively. Despite the hefty price point, sales catapulted from 51 razor sets and 168 blades in 1903 to a whopping 90,884 razors and 123,648 blades in 1904, a figure that only tripled the next year. Clearly, a revolution was afoot.

Since then, the company is credited with a number of first-to-market designs, like MiLady Décolletté, the first women’s razor, to Trac II, the first twin-blade shaving system, in 1971, and Atra, the first pivoting head razor, in 1977.

“As a leader — we command 70 to 80 percent shares in the market — we have the responsibility to grow the category,” said Louvet. “Part of that is driving consumption by driving the frequency of shaving, as well as through innovation.”

Much of Gillette’s marketing, in fact, has been built on this idea of constant self-improvement, and the promise of providing consumers with the latest, greatest shaving technology available. “We’ll stop making razor blades when we can’t keep making them better” and “If there’s a better way to shave we will find it” were some of Mr. Gillette’s own words. Louvet said, “This business has been built on category-defining innovation. We want to write the next great chapter in Gillette’s history.”

At the core of the company’s innovation philosophy is creation with the consumer in mind, from lower-income shoppers in emerging markets to top-tier customers in developed markets. “[We are focused on] leveraging all of our assets to drive all parts of the portfolio from the top to the developing world,” said Louvet. “Our priority is to trade consumers to the best-performing razors, while making sure we are supporting and advancing the portfolio.”

Louvet noted that Gillette Guard, which was introduced in India in 2010 for about 15 rupees, or 33 cents, was created after P&G interviewed thousands of men in India. It can be used with or without water. “Whether it’s a few rupees in India or a 20-plus price point, Gillette has an offering for all consumers,” said Louvet.

On the higher end, there is the Fusion ProGlide Styler, which launched in February. It is meant to appeal to 40 percent of North American men who style their facial hair. The $19.99 item, a 3-in-1 tool that leverages Braun hair-trimming technology, will become available globally by the end of this year. “Historically, it was always about being clean-shaven, but there are plenty of men who use facial hair as a mode of expression and until recently we didn’t have a proposition for them,” said Louvet, adding that Mach 3, Gillette’s midtier offering, is one of the company’s best-selling brands, used by more than 100 million men around the world.

To generate repeat purchasers, sampling has been and continues to be a focus for the brand. In the Twenties, Gillette razors were given as free gifts to customers opening bank accounts through a program called “Save and Shave,” and Gillette razors were provided to soldiers in World War I and II in military-issued standard shave kits. “This put product in the hands of millions of men and they later returned home from the war and demonstrated loyalty to our brand,” said Louvet. Another sampling initiative, which began in the Nineties and continues today, is the offering of free razors to boys on their 18th birthdays as a way of linking coming-of-age with the Gillette brand.

When it comes to marketing, Louvet said he is building on what already works, connecting with core consumers — namely men 18 and older — through three main marketing concepts, all used since the company’s early days: Clean-shaven men are more successful in business, female appreciation and sports.

On the sports front, Gillette has partnered with the National Football League, Major League Baseball, FIFA, Formula One and the PGA Tour, and counted among its spokespeople the likes of David Beckham and Roger Federer. “Sports is an obvious way to connect with guys,” said Louvet, highlighting the sales-driving importance of the brand’s 2012 Olympic Games sponsorship. “If you look at the history of the brand, sports have been there since the get-go. There is a parallel in the values we stand for and those celebrated in the best performers.”