The upcoming edition, which will feature 100 labels, will see an important affluence of international buyers, representing 40 percent of total visitors. 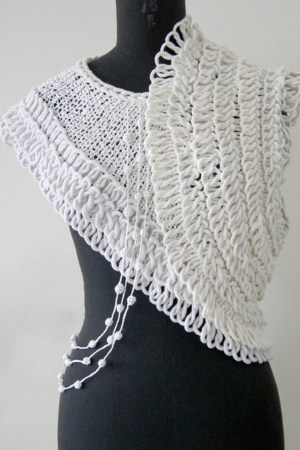 Despite the uncertain mood surrounding the European markets, executives at high-end Italian spinning mills gearing up to showcase their spring 2014 collections at the three-day Pitti Filati trade show that kicks off in Florence on Jan. 23 were fairly confident about the industry’s future developments.

“Even if the textile industry is suffering through the crisis, the interest in Pitti Filati has increased beyond our expectations,” said Pitti Immagine chief executive officer Raffaello Napoleone.

Napoleone said the fair’s upcoming edition, which will feature 100 labels, will see an important affluence of international buyers, representing 40 percent of total visitors.

“The general increase of production prices and transportation costs in China have forced many companies to bring back their production in Italy, allowing spinning mills based in Prato and Biella to get good results and hold out despite the difficult economic scenario,” Napoleone added.

According to Italian textile and fashion consortium SMI Sistema Moda Italia, in the first seven months of 2012, Italian textile and apparel exports to non-European countries increased 7.2 percent compared with the same period the previous year. In particular, exports to China and Japan grew 23.3 and 17.8 percent, respectively, and the U.S. market also confirmed a strong interest in Italy’s products. For the first six months of 2012, Italian fashion and textile exports to the U.S. posted an 18.9 percent increase.

“Every year, we have a constant 10 percent increase of visitors at the stand,” he said. “Pitti organizers are doing a great job helping buyers to come to the fair’s summer edition and we are have been receiving requests for appointments since December.”

At Pitti Filati, Iafil will showcase its wide selection of high-end cottons, available in stock service. The company also enriched its Excellence range with Suvin, an extra-thin Indian cotton; Bengala, which blends canvas and silk for a raw look; Taffetah, a new shiny silk, and Soffio, a lightweight yarn mixing cotton and polyester with a soft, puffy effect.

“Despite the crisis, we closed 2012 with good results and we forecast that 2013 will be in line with the previous year,” Marchetti said.

Loro Piana ceo Pier Luigi Loro Piana, who expressed confidence about the performance of the European and Italian market in 2013, said the U.S. and Asia are driving the company’s growth.

“Exporting a high percentage of our production, we are trying to consolidate our presence in those markets that can be considered mature, and we are also investing on those countries, like China, which are increasing the use of Italian yarns to give a new, different spin to their local products,” Loro Piana said.

Biella-based Botto Giuseppe will present a collection centered on lightweight silk in different variations for yarns featuring prints, along with mélange and bouclé effects. The company also introduced a high-end silk with sequins for a more fashionable look.

“Despite the fact that prices of raw materials have been stable for a while, the cost of silk has increased, so we will have to revise a bit our prices for silk yarns,” said Botto Giuseppe ceo Silvio Botto Poala.

Although the company posted a 10 percent increase in revenues in 2012 compared to 2011, Botto Poala was cautious in his assessments for 2013, stressing that “the crisis doesn’t seem to be over.”

High-end Cariaggi Fine Yarn Collections will invest 2.5 million euros, or $3.3 million at current exchange, in innovation and technology in 2013. The company, which is going to close 2012 with a 13.2 percent increase in revenues up to 100.5 million euros, or $131.8 million, this year aims to increase its exports, currently accounting for 34 percent of revenues.

In order to boost its business in Asia, Cariaggi Fine Yarn Collection has recently opened a commercial office in Shanghai. Last year, the company’s exports to Japan and China increased 87 and 17 percent, respectively, compared with 2011.

For spring 2014, the spinning mill created ultralight products, including a summery yarn made with Belize cotton that was also mixed with cashmere and vicuna, and Linum, an exclusive blend of linen and cashmere. The color palette revolved around fresh hues, with a strong accent on various pink shades.

The Chiavazza line, which specializes in cashmere, will present Origami, a soft blend of linen and cashmere, as well as the basic yet chic linen and wool Lavanda yarn.

“At the next editions of textile international trade shows Milano Unica and Première Vision we will launch “The Wool Lab Preview,” which will be dedicated to spinning mills and textile companies,” said Woolmark Co.’s global strategy advisor, Fabrizio Servente. “The report will include archival photos and inspirations, and will be sold at a symbolic price.”