Rather than just show highlights of the 80-year history of Pierre Frey, a new exhibition at the Musée des Arts Décoratifs in Paris maps out the artistry behind the company and its influence on a score of contemporary designers.

On view through June 12, “Tissus Inspirés, Pierre Frey” explores the craftsmanship, vision and designs of the French firm. Fabrics and wallpaper are offset with works from the museum’s permanent collections and creations by contemporary artists to illustrate the impact Pierre Frey has had on current artistic practices. This marks the first time Pierre Frey has been the subject of such an exhibition.

Tracing Maison Pierre Frey to its 1935 inception, the exhibition is based in the Study Gallery’s six rooms and brings together 200 works. Born in northern France in 1903, Frey first got to know the world of interior design as a 17-year-old cutter for Maison Burger. He later went on to become director of Maison Lauer, where he befriended the designer Jean Chatanay. The two men created their own company and in 1937, Frey bought his business partner’s shares and started Maison Pierre Frey at 47 Rue des Petits-Champs.

That location remains the company’s main office under the direction of his son, Patrick, who has run the company since 1969. Frey’s three grandchildren are also involved in the business. Vincent is chief executive officer, Pierre handles international relations and Matthiew is focusing on developing the Asian market from Singapore.

In the exhibition’s first room, visitors will learn about the techniques and processes designers, weavers and printers use to create a fabric. In addition to sketches and finished products, there are fabrics and wallpaper on display with works from the museum to draw upon the historic and artistic contexts in other galleries. Marcel Wanders is among the contemporary artists who offer fresh eyes on Frey’s work. Wanders recast Frey productions from 1980 to 1999 and reimagined the ever-present theme of the flower. Nao Tamura considered Frey fabrics from 2000 to 2015 and created a jacquard loom fabric produced by the Pierre Frey factory in northern France.

Over the years, Frey has drawn inspiration from such resources as imperial China, 18th-century France and contemporary Africa. The company’s artisans are known for their abilities to replicate antique surfaces of paintings, as evidenced in its “Petit Parc” fabric; to reinvent a toile de Jouy fabric into “Voyage en Chine,” or to place an Empire palmette motif, updated from the Forties, on satin.

The exhibition closes with a seven-artist tribute to Frey from Julien Salaud, Peter Gentenaar, Michelle Taylor-Dorset, Paule Riché, Kumi Yamashita, Memo Akten and Label Dalbin, who examined the company’s use of color, ink, history, texture, pattern and the rustling of fabric, and tried to inject a more forward spin. 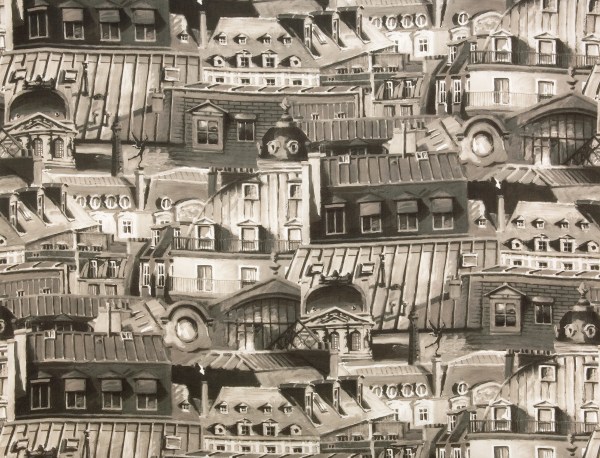 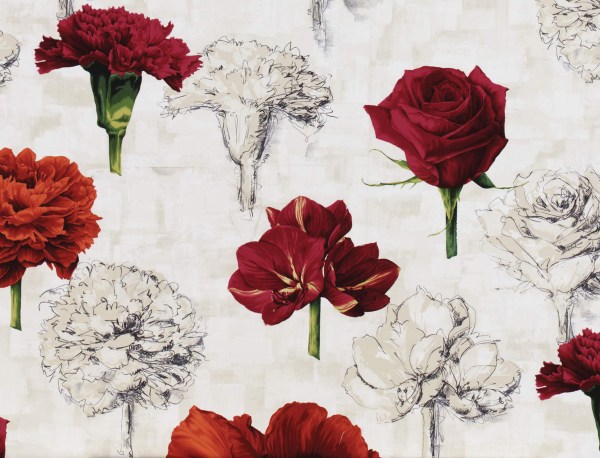