Key players in the Italian knitting industry are coming to the show armed with new strategies to address the uncertain, recuperating market. 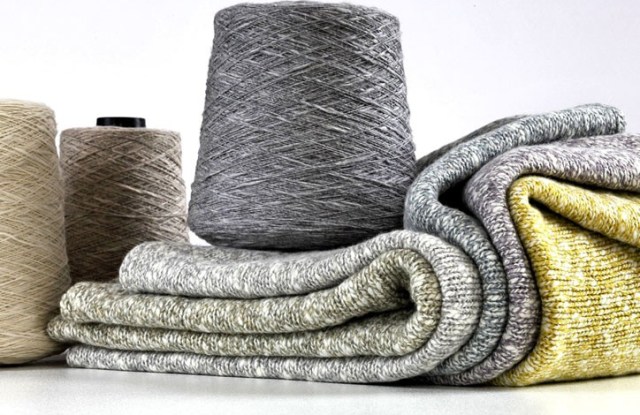 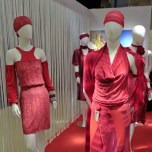 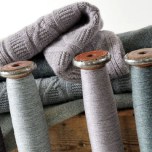 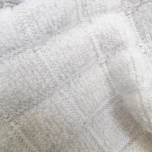 Key players in the Italian knitting industry are set to come to the 69th edition of Pitti Immagine Filati, set for July 5 to 7 at the Renaissance-era Fortezza da Basso exhibition complex in Florence, armed with new strategies to sustain economic health in an uncertain, recuperating market.

Emerging knitwear trends for the fall 2012 season will be on display for the predicted 100 brands, including 15 from abroad, that have already registered for the international yarn fair. Last summer, the fair attracted 5,100 combined buyers and visitors with 43 percent coming from outside of Italy.

The yarn industry is dealing with the weak dollar coupled with rising prices and growing demand for raw materials. Industry executives said even though the knitwear industry is slowly healing from 2009, when the economic crisis peaked, it still remains apprehensive.

Federico Gualtieri, vice president of Filpucci, a Prato-based yarn manufacturer founded in 1967, said the overall mood for knitwear was on the upswing, but he’s still apprehensive about 2012.

New markets continue to surface for yarn mills, particularly in China. For the first time, Chinese clients are focusing on their own domestic market. Although Italy counts for nearly 60 percent of Zegna Baruffa’s market, Botto Poala actively seeks to engage China after noticing the country’s new direction.

“Up until now, China was just a country where the Western industries sent the yarn to make its garments, but now we’re starting to see a phenomenon of ‘China for China’ — garments made with European and Italian yarns made in China for the Chinese market,” he said.

Scottish cashmere yarn spinners Todd & Duncan, which reported a growth of more than 30 percent in cashmere volume over the same period last year, also cited China as an opportunity.

Federico Gualtieri of Filpucci said 30 percent of its market is Italian, while the remaining 70 percent is international, mostly from Russia and America, but Brazil and Argentina have also emerged.

Textile firms circumvent the weak dollar by relying on exports. Raffaello Napoleone, chief executive officer of Pitti Imagine, noted that the top countries concerned with the export of Italian yarns are Hong Kong, Germany, Romania, France, Turkey and the U.K., all of which want the most value for their money.

Clients, spurned by the rising prices of raw materials, have created new demands for mills to meet their budgets. Gualtieri said some of his clients want trend-focused, youth-oriented materials at lower price points, referencing fast-fashion brands like H&M and Zara. In response, Filpucci will launch a line called Fusion aimed at a younger, budget-minded consumer, from 11 euros to 19 euros a kilo or $16 to $27 at current exchange.

New technologies set the trends for fall 2012 knitwear. Located in the province of Pesaro-Urbino, Italian yarn producer Cariaggi will launch its collection at Pitti Filati, including an incandescent yarn called Perle made of cashmere and silk that has been threaded with delicate, barely-visible glass beads. Metallic sparkle and multifaceted shades of jewels are also seen in Todd & Duncan’s Glitz collection that channels an elegant golden hue in 95 percent cashmere and 5 percent Lurex.

The Scottish mill will also roll out The Hebridean Collection that utilizes an emergent gray color trend, inspired by Scotland’s atmospheric land and seascapes as detailed by the 19th century Scottish poet M H Noel-Paton. Eighteen mélanges of tinted, heather gray in pure cashmere are evocative of the lichens, liverworts, mosses and rock formations of west Scotland. Todd & Duncan’s head of creative Melissa Strong said the line will highlight the subtle nuances within gray.

Cariaggi will also introduce a collection that celebrates gray, alternating with flashes of ultrabright colors. Zegna Baruffa offers autumnal hues, blues and greens in worsted yarns and a special “cashwool” blend of extra-fine merino wool that compliments the metallic and gray minimalism trend of the season.

New technology also allows fibers to become even lighter and textures run to the extremes — superlightweight or in gathered, waffled and high-bulk yarns suitable for weekend wear.

As a leading trade fair of yarn and knitwear, Pitti Immagine Filati sets an environmentally friendly theme of “Recyclethic” in addition to adjacent events: A master class competition called “Feel the Yarn,” an exhibition celebrating Japanese designer Issey Miyake’s clothes of the Nineties, the 18th edition of antique fair Vintage Selection and the fifth edition of Prima Moda Tessuto sponsored by the Pratotrade consortium.