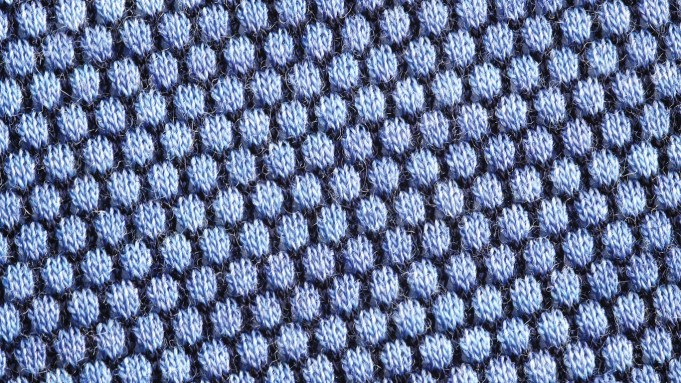 Italian yarn-makers, set to showcase their spring 2017 collections at the Pitti Filati yarn fair, slated for Jan. 27 to 29 at the Fortezza da Basso in Florence, are steadfast that the outlook for the sector is improved despite challenges like the difficult Chinese economy.

Italian yarn exports dropped 4.1 percent in the first three months of 2015 to 11.6 million euros, or $12.6 million at current exchange, according to Italian fashion and textile consortium Sistema Moda Italia. One highlight was exports to Hong Kong of carded wool yarns and combed yarns, which grew 15.6 and 9.1 percent, respectively.

“Reshoring is important in Italian fashion, especially for spinning,” he said, adding that many international buyers were returning to Italy rather than acquiring yarns in countries with lower labor costs, like China.

Napoleone and other executives expect the nation’s business sector to improve in 2016 compared to last year, owing to a recovering Italian economy and growing fashion exports over the past few seasons — but they concur it won’t be easy.
“The winter season went pretty well in knitwear, especially in markets such as Japan and the U.S., but the difficulties of the Chinese economy are creating a slowdown in the luxury market and I think this trend will continue in 2016,” said Silvio Botto Poala, ceo of premium yarn maker Botto Giuseppe, which specializes in silk, cashmere and superfine wool.

Botto Poala said company revenues in 2015 were close to 60 million euros, or about $65.7 million, of which 40 percent were achieved abroad. He noted knitwear grew by double digits in the last year and could continue to rise further in 2016.

At Pitti Filati, in addition to classic silks, Botto Giuseppe will show light yarns with 3-D effects in fine counts, as well as linen compositions with Lurex metallic mixed with cotton and wool.

Lincoln Germanetti, ceo of Tollegno 1900, said he was upbeat about the first half of 2016, thanks to the company’s progressive growth in recent years and a more solid Italian market in 2015.

He said strategies implemented in the last three years led the Biella-based spinner “to achieve important goals, such as opening new markets and developing partnerships with companies that share our product vision.”

The firm will continue its collaborations with Lora & Festa and the Beaufront farm in Tasmania, which produces superfine wools, to distribute cashmere in Italy and Europe.

Tollegno 1900 will present finer counts for wool blended with silk and viscose, as well as “woolcot,” which is multiseasonal and able to adapt to rapid climate changes.

Premium yarn-maker Filpucci ended 2015 with a volume of 40 million euros, or about $43.5 million at average exchange, up 10 percent from 2014. According to Filpucci vice president Federico Gualtieri, the company set a record for orders placed in December and expects 2016 to follow the positive trend.

“The textile business will be challenging, not only because of the current political and economic standpoint, but also for the market itself,” he said. “At this moment, the labels are buying.” He said Filpucci works with brands including Vince and Banana Republic.

In China, the firm was able to double its sales, an indicator for Gualtieri that high-price clients are trying to differentiate their product from other labels using local yarns.

“They cannot change the tag ‘Made in China,’ so they are trying to buy Italian yarn to make a difference with the fabric,” he said. “This is for sure a trend that is going forward.”

Filpucci has been investing in special yarns such as cashmere blends for fall and silk blends for spring, which will also be shown at the fair.

“We don’t believe in cheap knitwear for spring,” said Gualtieri. “So…one of the trends for us is silk blends in fancy construction.”

“World scenarios change rapidly, causing concerns, but if the situation remains more or less the same, we are confident about a good 2016,” said sales director Luciano Bandi.

Lanificio dell’Olivo, run by sisters Ilaria and Chiara Taddeucci, felt the effects of the global terror attacks and the slowdown of the Chinese growth on business. They described the start of the new business year as “more prudent,” but remain motivated for 2016.