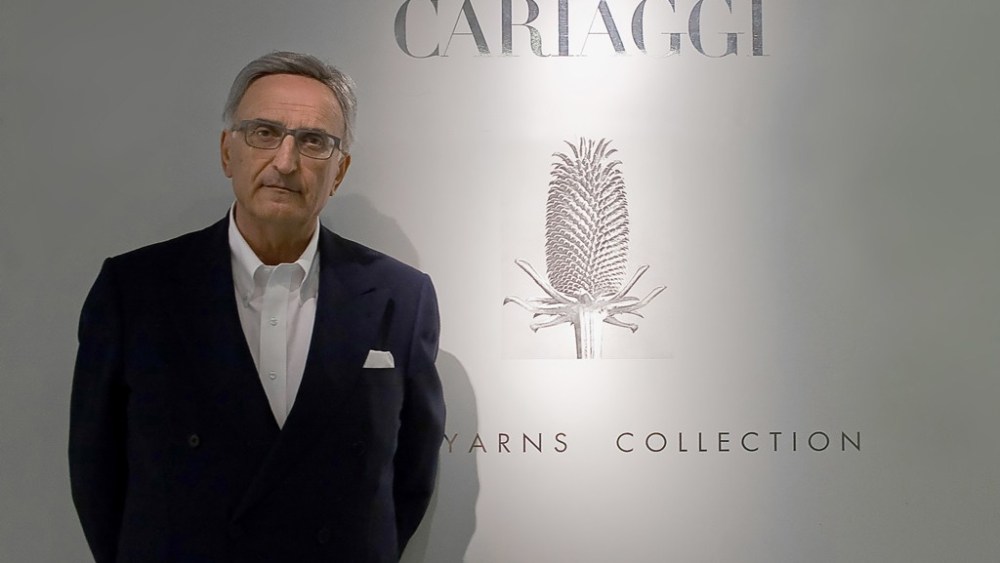 MILAN — Italian yarn makers set to showcase their fall 2015 collections at the three-day Pitti Filati trade show starting July 2 are noting a recovery in major traditional markets such as Japan, Germany, France, the U.S. and the U.K.

“Markets for wool outerwear knits that include USA, Japan, U.K., Germany, France and Italy — all established affluent consumer markets — are all continuing to slowly recover from the global financial crisis of 2008-09. With the addition of China, these comprise the top seven consumer markets for wool apparel products,” the Woolmark Co. said in its May Market Report.

France and Germany in the first six months of 2014, maintained their performance versus the previous year, said Piergiorgio Cariaggi, chief executive officer of Italian cashmere leader Cariaggi, adding that in 2013 Cariaggi’s sales in France grew 36 percent and Germany rose 29 percent. In the United States, Cariaggi said they achieved a 15 percent increase in orders for the first half of the year and expect sales to rise further into the second half of 2014.

Biella-based Tollegno 1900 Group, which owns and produces Lanificio di Tollegno yarns, said in the first half of 2014 it saw a pickup in consumer spending, thanks to a turnaround in Japan and the U.S.

“Contrary to data pointing to a slowdown, with regards to our own business, we noticed even a small improvement in the Chinese market, which is probably due to the opening of our direct offices in Shanghai,” said Lincoln Germanetti, ceo of Tollegno 1900.

“The United States seems to have performed well recently and Japan is culturally oriented toward quality products,” said Paolo Todisco, ceo of Zegna Baruffa Lane Borgosesia. “The prospect of increased consumption is plausible.”

In terms of raw materials, Australian Wool Production forecasts pointed to a decrease in shorn wool production in the first half of 2014, due in part to tough seasonal conditions. However, Italian yarn firms noted a stabilization of raw material prices and said the volatility of cashmere and wool, their core winter material, has subsided for the time being.

“Given our daily interactions in the sector, we conclude that our principal raw material, wool, is stable, and the absence of fluctuations negates the necessity for price revisions,” Germanetti added.

“Raw material prices in my opinion are substantially stable,” Gualtieri said. “We are certainly experiencing a drop in the supply of raw materials, especially among high-end cashmere, but at the moment prices are stable and in-line with last season.”

Overall, top Italian companies are forecasting a rise in sales for this year.

Tollegno 1900 sees a 10 to 12 percent annual gain, while Cariaggi and Filpucci forecast a modest rise in revenues for 2014.

“For now, we are in line with 2013,” said Ilaria Taddeucci Sassolini, Lanificio dell’Olivo’s commercial director. “We will wait and see what surprises the next few months bring,”

The fair’s Spazio Ricerca trends area will be dedicated to the theme of evolution and change. The title “Made In” is symbolic of the cultural and lifestyle changes that have affected yarn craftsmanship through the decades.

There will also be a continued focus on Italian denim makers as a result of Pitti Immagine and textile fair Milano Unica’s efforts to promote Italian denim in high-end international markets. The initiative will culminate in a exhibition at the Pitti Filati fair and then will move to Milano Unica Sept. 9 to 11.

Pinori Filati, a company that booked 12.5 million euros, or $17.1 million, in 2013, is making a name for itself in the region for making combed yarns and recycled yarns from old jeans. The company said its recycled denim will again be featured at the fair, but it will also showcase innovative technical yarns like its polyester “glow,” as well as reinterpreted mohair in chunky bouclé.

“The collection doesn’t abandon its eco-friendly roots, still proposing denim as a symbol of our environmental awareness without forgetting that all our products are treated with eco-friendly concept and with a particular attention to the production process in respect of all eco-friendly parameters,” Pinori said.

The fair, which saw 4,800 buyers and visitors visit its July 2013 edition, will host 21 foreign exhibitors, from the U.K., Japan, Germany, Peru, Turkey, China and Romania.