Spanish firm has entered into negotiations to acquire the 45 percent stake from Hermès.

By Miles Socha and Jennifer Weil on April 5, 2011
View Slideshow 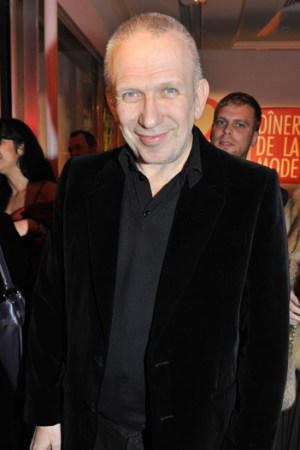 PARIS — As Parisian as the Eiffel Tower, Jean Paul Gaultier might soon become a Spanish-controlled company.

According to market sources, Puig — the Barcelona-based parent of Carolina Herrera, Nina Ricci and Paco Rabanne — has entered into exclusive negotiations to acquire the 45 percent stake in Gaultier owned by Hermès International.

It is understood Puig will also purchase some shares from Gaultier himself, which would give the Spanish beauty giant majority ownership of a landmark French house — and instantly make it a bigger player in the fashion world.

Gaultier, 58, is expected to retain a significant stake in the company he founded in 1982, and remain at the creative helm.

As reported, Hermès said Friday it had initiated discussions to sell its shares in Gaultier, without identifying the potential buyers. The maker of Birkin bags and silk scarves declined all comment on Monday, as did a spokeswoman for Gaultier.

A deal with Puig — a family-owned company that has recently been gaining traction with Ricci and expanding Herrera and has a reputation for being respectful of creative talents —would offer a new lease on life for Gaultier, a designer whose licensing-driven fashion house has struggled to thrive in the shadow of fashion giants like Chanel, Dior and Gucci.

It would also represent a complete split from Hermès, which had been an unlikely partner for the madcap designer, famous for his irreverent approach to fashion and such outré inventions as skirts for men and Madonna’s now-iconic cone bustiers for her “Blond Ambition” tour.

Hermès purchased 35 percent of Gaultier in 1999, upping its stake to 45 percent in 2008 and installing one of its key executives, beauty veteran Véronique Gautier, as president. She spearheaded an upscaling drive that fell flat during the financial crisis in 2009, when revenues sank 19 percent to 23 million euros, or $32.1 million at average exchange rates, according to Hermès’ most recent annual report. The effort also flew in the face of the populist image of Gaultier, whose streetwise cheek has earned him a broad, cultlike following.

Last year, Gautier exited the company to join L’Oréal, and Hermès bid farewell to Gaultier after employing him for seven years as its designer of women’s ready-to-wear, naming the relatively unknown Christophe Lemaire as his successor.

Sources said the death last year of the charismatic former Hermès chief executive officer Jean-Louis Dumas, who had championed Gaultier, sped the two parties down the path to a divorce.

Dumas had great admiration for Gaultier and other companies in which Hermès took a partial stake, such as the German camera maker Leica. “He is the master of the house and we are the guest,” Dumas said of the investments in a WWD interview in 2002. “We are just trying to assist them with our knowledge of management. We receive from them the vibrations of the specialized work they do.”

For Puig, meanwhile, gaining control of Gaultier will test its abilities as a brand manager and fashion operator, while giving a better balance to its business, still concentrated in fragrances.

It is understood Puig will have to wait until 2015 to get its hands on Gaultier’s lucrative fragrance license, held until that year by Beauté Prestige International, a subsidiary of Japan’s Shiseido. BPI has been Gaultier’s fragrance partner since 1990, concocting such perennial hits as the men’s fragrance Le Mâle, sold in a torso-shaped bottle dressed in Gaultier’s signature sailor stripes.

Recent fragrance projects for Puig Prestige include L’Air de Nina Ricci, a next-generation entrant of the L’Air du Temps classic that was launched this month.

In 2009, cosmetics and personal care rang up 12 percent of total Puig sales and fashion, 5 percent. According to Puig, more than 50 percent of 2009 revenues came from products that hadn’t existed five years prior.

Spain generated 29 percent of overall sales in the period; the rest of Europe, 26 percent; Latin America, 17 percent, and Russia, China, the Middle East and India together, 11 percent. Overall, Puig products are sold in more than 130 countries.

Puig has numerous best-selling fragrances. In 2009, Paco Rabanne’s 1 Million men’s scent ranked number two globally, save for in the U.S., where it hadn’t yet been launched, for instance. Also that year, Ricci Ricci was among France’s 10 top-selling women’s scents during the holiday season. Key mass-market introductions in that year included Antonio Banderas’ Seduction in Black for men and Mango’s Lady Rebel for women.

While many beauty giants have exited the fashion business — with L’Oréal off-loading Lanvin in 2001 and Procter & Gamble Co. transforming its troubled Rochas fashion house into a licensing operation in 2008, two years after shuttering it entirely — Puig seems keen on becoming a multibrand group more in the mold of LVMH Moët Hennessy Louis Vuitton than Coty Inc., for example.

Ricci, under the creative direction of Louis Vuitton alum Peter Copping, is said to be on a solid growth track, while it steadily accrues retail and press acclaim. Herrera has been expanding its CH Carolina Herrera brand, opening freestanding stores in major cities such as New York, London and Paris.

Meanwhile, Puig is also plotting a revival for Rabanne’s fashion business, having signed on Indian designer Manish Arora as creative director for women’s wear. Arora is slated to show his first collection for the French brand for the spring 2012 season during Paris Fashion Week this fall.