Looking to strengthen their position, both textile fairs are ramping up the number of exhibiting companies. 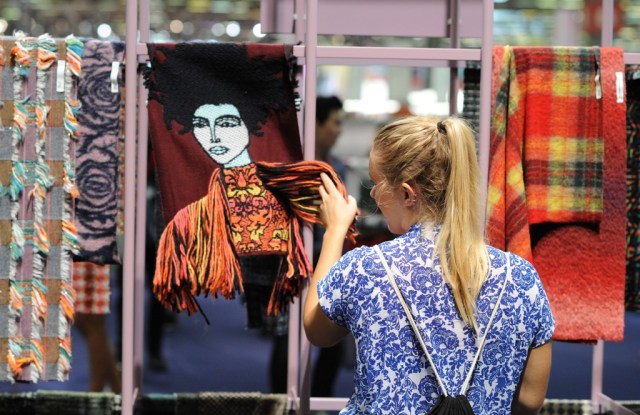 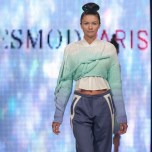 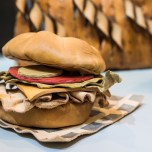 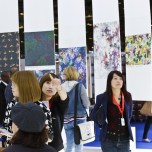 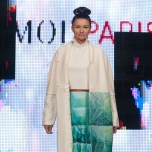 PARIS — Looking to strengthen their position, textile fairs Première Vision Fabrics and Texworld — set to take place here next week — are ramping up the number of exhibiting companies, along with their creativity factor.

The Première Vision Paris spring edition, slated for Feb. 10 to 12 at the Parc des Expositions in Paris Nord Villepinte, will add 127 new brands to its international roster of 1,772 exhibitors, 57 of which will show at Première Vision Fabrics, plus 20 more at the Première Vision Leather show, which is moving its offer upmarket.

Among the newcomers are Linen Club by Aditya Birla Nuvo Ltd., billed as the largest manufacturer of linen fabrics in India, and Kurkku Alternative, which will unveil a collection of organic fabrics produced by Japanese craftspeople.

Along with its exhibitor numbers, the fair is looking to bolster its creative strength. The Maison d’Exceptions section that was set up in 2011 to promote craftsmanship from around the world, this season will feature 13 new ateliers and artists from Italy, France, Japan, South Korea, India, the U.K., Senegal and Kyrgyzstan to help designers scout novel techniques.

Meanwhile, 32 exhibitors are scheduled to make a comeback after years of absence, including denim specialist Tavex and Heathcoat Fabrics Ltd., a supplier of engineered textiles, which the fair’s organizers see as a reflection of the show’s growing relevance in the international textile arena.

Gilles Lasbordes, executive director of Première Vision, said he was optimistic about business in 2015, but noted that the upcoming season would be marked by contrasts.

“Business differs a lot for our companies, depending on where you look in Europe,” Lasbordes said. “While the U.K. market is doing very well, in Italy, Spain and Germany figures indicating the consumption of apparel is pointing down. This is difficult for the mills. Overall, Europe remains challenging.”

On the other hand, Lasbordes said, “the luxury and the creative markets are overperforming.”

“Although China has slowed down, the U.S. is seeing a stark upswing,” he added. “Having a weaker euro means U.S. and U.S.-dollar-driven countries offer huge opportunities to European weavers, allowing them to be more competitive and export larger quantities. We expect a lot of dynamism from the U.S. as foreign fashion brands buy more within the euro zone.”

Consequently, the executive expects visitor numbers to be up at this month’s session.

By contrast, the fair’s Swiss exhibitors are likely to face tougher times ahead, he predicted. Trading with a currency that soared following the Swiss National Bank’s decision to de-peg the franc from the euro rate, those companies will forfeit competitiveness.

On a more positive note, Lasbordes confirmed that the textile industry is experiencing a boost from the growing men’s wear sector, which finds a specialized offering at Première Vision.

“It’s not just the access to fabric weavers, but also leather, that appeals to men’s wear makers,” he said. “Leather goods, bags especially, are a very dynamic category here.”

Texworld, set for Feb. 9 to 12 at Le Bourget exhibition center, expects its number of exhibitors to remain stable with 630, though new countries will join their ranks, including the United Arab Emirates and Malaysia. In addition, the fair will welcome 70 new companies, with knits and cotton among the liveliest segments. Silkland Trading from the UAE is debuting its Orient-inspired collection of prints and embroidery, and Dong Il Textile Co., a South Korean maker, will display eco-friendly fabrics that feature additional properties such as anti-odor and quick-drying.

Michael Scherpe, director of Texworld and Apparel Sourcing, said he does not expect any major fluctuations in visitor figures, though he would not be surprised if there were fewer buyers from Russia at the fair, following the country’s economic downturn, tightening sanctions and the weak ruble.

The euro’s dramatic depreciation, meanwhile, is likely to work in exhibitors’ favor, or have no impact at all on those who are trading in U.S. dollars anyway, said Scherpe, warning companies not to put all their eggs in one basket and rely solely on the current strength of the U.S. market, which is seen by many mills as a new Promised Land.

“The U.S. gross domestic product is growing nicely, true, but the imports are not,” Scherpe said. “Don’t forget, the U.S. is a very capable country. They can do a lot of things on their own.”

Sustainability is likely to remain in the focal point of discussions between producers and buyers, he noted.
“It’s a battle,” Scherpe added. “Everybody wants eco-friendly products, but nobody is willing to pay for it.”

Overall, he said, “The economy works in cycles, and 2015 and 2016 should be the years where business is catching up despite a few remaining obstacles ahead. I think a lot of demand has been accumulated.”

This is particularly true for Apparel Sourcing, which unlike Texworld, is not yet “a mature show,” Scherpe pointed out. “We have been very pleased with its growth in the past year and this February it will register a 30-percent-plus [growth] versus the same period last year,” he said.

Apparel Sourcing, dedicated to finished product manufacturing, will add Tunisia to its roster, a country the executive praised for its logistic advantages with Europe, as well as its quality. Scherpe also pointed to a growing emancipation of Vietnamese and Cambodian exhibitors, which traditionally have been subcontractors of Chinese companies. “Their respective governments are really pushing for an independent textile industry and are investing into development,” which encourages diversity, he added.