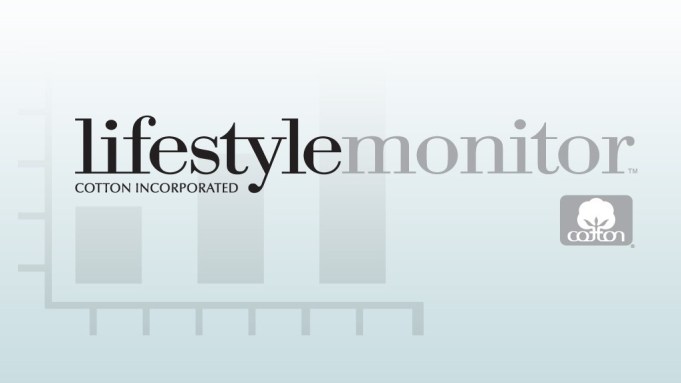 If December determines store sales for the year, retailers should be cautiously optimistic heading to this final stretch before Christmas.

Consumer sentiment jumped more than 7 points, from 75.1 in November to 82.5 in December, according to the Thomson Reuters/University of Michigan poll. Third quarter corporate profits reached a record high, increasing 9% in the last year, according to the Bureau of Economic Analysis. And sales of single-family homes recorded their biggest increase in more than 33 years, according to the U.S. Commerce Department.

Consumers shopped well over the Black Weekend, though spending was ultimately down almost 3% to $57.4 billion from $59.1 billion in 2012, according to the National Retail Federation. The NRF also reported a record 141 million people shopped over the four-day weekend, up from 137 million last year.

ShopperTrak reported total in-store traffic over the Thanksgiving weekend increased by 9.4% in the apparel sector, while traffic in electronics decreased by 6.5% for that same time period.

“Overall, we saw a 1% increase in sales for the four-day weekend, and a 4% decline in traffic, which is not as robust as one might have thought it would be,” states ShopperTrak’s Bill Martin, founder. “However, coming in at 1% seems soft, but there is lot of shopping left to do.”

Three out of 10 consumers start holiday gift shopping in November, according to the Cotton Incorporated Lifestyle Monitor™ Survey. Nearly half (49%) of all gift givers planned to shop in-store on Black Friday (up significantly from 42% in 2012), followed by after Christmas (25%) and Christmas Eve (13%). Additionally, half of shoppers planned to shop online on Cyber Monday (up significantly from 41% in 2012), followed by Black Friday (40%), National Free Shipping Days (27%) and after Christmas (18%).

Cyber Monday proved more successful than ever, with shoppers clicking their way to nearly $2 billion in sales, up 20% over last year, according to comScore Inc. However, the majority of sales (86%) still occur in traditional brick and mortar locations, comScore reports.

While some consumers expressed opposition to stores opening on Thanksgiving itself, 14% of the population could not resist the discounts and promotions, says NPD Group’s Marshal Cohen, chief industry analyst.

“This time of year is the consumer’s field of dreams. If you promote deep enough they will show up,” he quips.

Cohen says stores that opened on Thanksgiving were engaging in “share wars,” which everyone can expect will continue going forward.

“This is not a consumer growth opportunity,” he says. “It’s about selling the same amount with a little bit of growth; protecting your space while not giving it away to someone else. Online won’t go away, and now opening Thursday won’t go away. The retailers that were busiest were those that offered doorbuster deals or ‘50% off storewide’ sales.”

While apparel will be a popular gift, consumers expect to spend more for electronics this year ($254 versus $186), the Monitor shows. Those figures, though, are down 18% from what shoppers spent last year ($310 on electronics and $226 on apparel in 2012).

Consumers might be planning to spend less money this year because wages have remained stagnant for U.S. workers. The U.S. Labor department says hourly pay for nongovernment, non-supervisory workers declined to $8.77 last month from $8.85 at the end of the recession in June 2009. Additionally, Census Bureau figures show that, adjusted for inflation, the median household income is the same today as it was in the late 1980s — $51,017. That’s down from an inflation-adjusted peak of $56,080 in 1999.

“Just because retailers have more hours with more promotions and more deals doesn’t mean consumers have more relatives to shop for or more money to spend,” Cohen says. “The consumer has learned that Black Friday is about opportunity. It’s to score what you covet and get items you’ve been putting off for the last year or last few months. A lot of self-gifting goes on over the four-day weekend.”

The Monitor finds 79% of gift givers admit to sometimes buying items for themselves when shopping for others. Cohen says apparel was the top Black Weekend purchase, followed by toys and footwear.

Martin says four out of the 10 busiest shopping days will occur between Dec. 20 and Dec. 24. ShopperTrak predicts there will be an overall 2.4% increase for entire season.

“Even though heavy promotions will be going on, we look to December as the key to the success of the season,” Martin says. As for his own shopping list, this retail expert has a lot of ground to cover himself. “I’ll be starting on Dec. 23rd — or, as we call it, ‘Father’s Day’ — when all the men get up off the couch.”

This article is one in a series that appears weekly on WWD.com. The data contained are based on findings from the Cotton Incorporated Lifestyle Monitor ™ Survey, a consumer attitudinal study, as well as upon other of the company’s industrial indicators, including its Retail Monitor and Supply Chain Insights analyses. Additional relevant information can be found at CottonLifestyleMonitor.com