This was the ninth year for the Supima Student Design Competition. 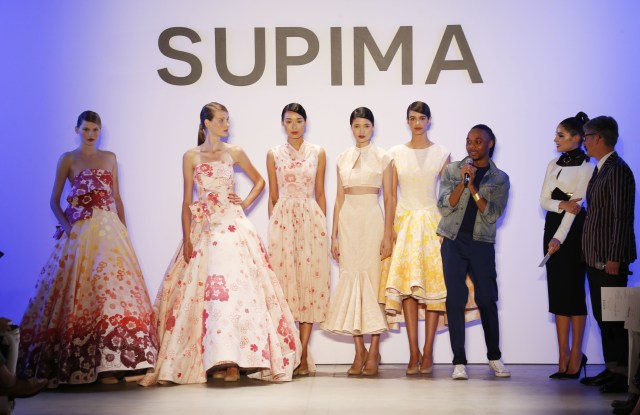 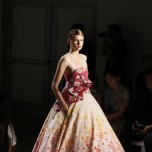 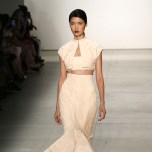 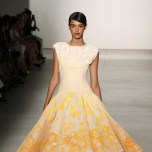 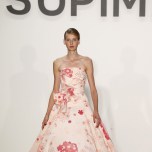 Jeffrey Taylor, a fashion design graduate of Savannah College of Art and Design, won the Supima Student Design Competition Thursday and the $10,000 that goes with it as he embarks on what he hopes will be a career as an eveningwear designer.

Taylor said in an interview that he was inspired by the culture of Tibet.

“They use a lot flowers in their clothes and to tell a story,” Taylor said.

This influence was evidenced in the five pieces he created for the runway show at Skylight Clarkson Square using a range of Supima cotton fabrics, including a knit corseted, tea-length dress in soft pink with floral screen printing, and a denim ballgown hand-dyed in soft print with floral printing.

Taylor, who also noted that he was drew inspiration from the way his mother and other women dressed up when going to church, said he would be headed to Paris later in the month, as the final collections will also be presented for the second year during Paris Fashion Week, on Sept. 29, with the winning designer in attendance.

He said he will then fly home to Atlanta to “pack up and move to New York.” His dream now is to land a job in eveningwear design.

Supima is a Phoenix-based organization that represents producers of American Pima cotton.

Companies such as AG Jeans, Brooks Brothers, Albini, Olimpias, Kurabo, Olah Inc., Nice Dyeing and Uniqlo provided fabrics that include shirting, knits, denim, corduroy and twill to create eveningwear collections that are judged by a diverse panel from the fashion industry. For the second year, eveningwear designer Bibhu Mohapatra served as mentor to the finalists throughout the competition.