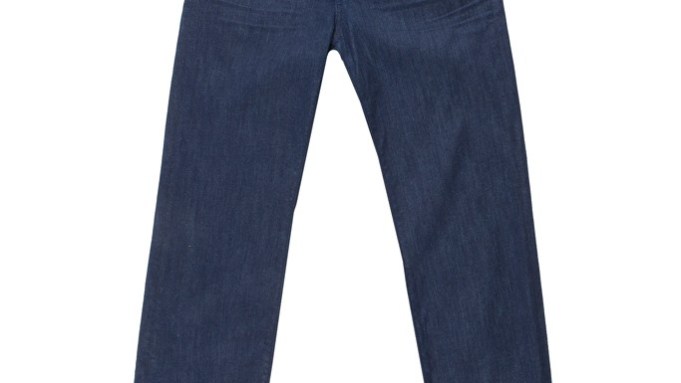 Seven For All Mankind is putting its muscle behind the man for fall.

Men’s constitutes about 40 percent of Seven’s revenues. Barry Miguel, president of the brand, characterizes the male customer as “a fashionable regular guy, but not quite as fashionable as the women’s Seven customer.”

As the organization sought to live up to its parent company’s emphasis on innovative, functional fashion for fall 2012, it developed Slim Illusion, a women’s program that combined the denim market’s fascination with color and its search for fabrics that would provide tight fits with strong recovery.

For Luxe Performance, the fit and recovery emphasis remains, but has been superseded by a focus on comfort with exclusive fabrics from an Italian mill comprised of cotton, polyester and spandex. The company is keeping the identity of the mill, which developed special equipment and new weave configurations, under wraps for now.

“This stretch component comes as close to perfect recovery as we’ve seen — about 90 percent — and the growth factor, which causes stretch jeans to lose their shape, is just 1 percent,” Miguel said. “We’re putting this out for fall in every one of our eight fits.”

While female premium denim customers gravitate strongly toward fit in their quest for the perfect pair of jeans, their male counterparts lean decisively toward comfort.

“The male consumer is all about touch and feel,” said the Seven president. “You can see it in the way men shop. Nine times out of 10, they’re touching the clothes they’re considering buying, like they’re broadcasting to the market, ‘I want to be comfortable.’”

Luxe Performance addresses this priority with four washes, ranging from the deep Blue Ice, treated with a resin rinse, to the more faded Pale Ale, hand-sanded following a bleach wash. To live up to its hangtag billing of “remarkable comfort inside and out,” the insides of all the denim interpretations are brushed.

Luxe Performance jeans are expected to retail for $189 to $198, while the smaller Cashmere Denim range, manufactured with cotton, a touch of cashmere and about 10 percent spandex, will sell for $248 to $278.

First deliveries are slated for August with initial distribution destined for Seven’s 32 full-price stores in the U.S. and Canada to be followed by its wholesale accounts. Seven’s products are carried in about 1,000 wholesale doors overall, about 300 of which carry its men’s products.

The men’s footwear license covers shoes and boots, in dressy and casual styles, and supplements an existing license for women’s footwear with Schwartz & Benjamin.

“We’re a contemporary brand, and we need to be of the moment, both in technical innovation and with fashion,” Miguel said. “There are limits to what we can do. In women’s, could we sell a crazy print jean? No. But a plaid laser print sold well. In resin-coated denim, our men’s jackets did great, but our pants didn’t.”

Citing figures from The NPD Group showing dollar growth in jeans above $100 at retail last year at 16 percent in women’s and 13 percent in men’s, Susan Kellogg, president of VF’s contemporary coalition, noted that 2012 ended and 2013 began in ways that make her optimistic about Seven’s prospects.

“Last year was a good year for the premium denim market, and it was a better-than-good year for Seven,” she told WWD. “The indications for 2013 are strong both for denim and for contemporary, which, by definition, means new and modern. Contemporary is trending extremely well throughout the market, and men’s is absolutely leading the charge. Looking at compound annual growth rates behind us and in front of us, we’re all feeling very good about contemporary.”

The same goes for the nondenim portions of Seven’s assortment, which have been expanded to include outerwear, wovens and knits as Seven has built up its offerings, in part to accommodate the multicategory needs of its own stores. VF is scheduled to report fourth-quarter and full-year results next week. The company doesn’t disclose results by brand, but contemporary coalition revenues were down 17 percent in the third quarter, to $104.2 million, a decline that moderates to 1 percent when the results of John Varvatos, sold in March of last year, are excluded. VF noted that a decline in sales of excess inventories by Seven also cut into the top line, but that same process helped boost the coalition’s operating profits by 66.4 percent in the third quarter, to $13.4 million, and 41.6 percent for the first nine months of the year, to $40.3 million.

Kellogg perceives a shift in denim away from what she described as “color and snake and back toward authentic. We have to ship something that’s not in our customer’s closet.”