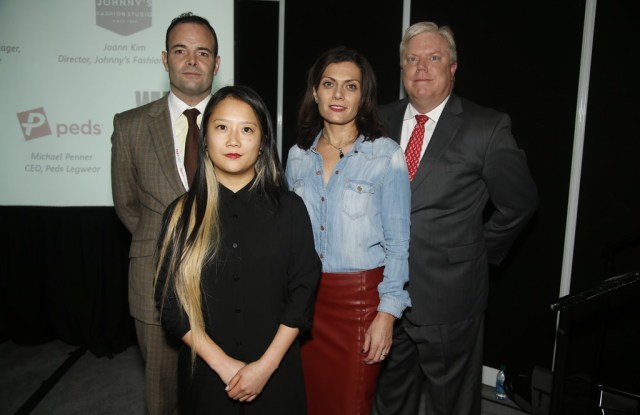 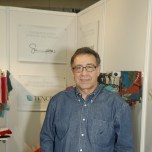 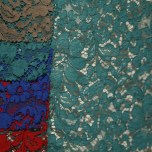 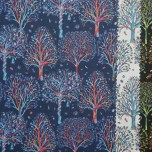 The talk was heard at two levels — how the U.S. market was proving a lifesaver to European fabric firms and those that serve the downtrodden European market, and how the Made in America resurgence has taken hold and become a viable sourcing strategy for many firms, even with some limitations.

“The interest of our exhibitors is very high because they feel the U.S. market is solid and booming and taking risks again, so they are coming,” said Guglielmo Olearo, international show manager at Première Vision. “The appeal is strong.”

Olearo said the second season at Pier 92 “was working well,” noting, “We have the largest spring edition and exhibition in our history, with 297 exhibitors.”

PV launched its New York edition 14 years ago, and after calling the Metropolitan Pavilion in Midtown home for the first 13 years, moved to Pier 92 on the Hudson River in July, offering a more expansive, open-air environment for its mostly European fabrics firms to exhibit, and allowing for a growing

accessories and trimmings area to be established.

He said there was a more contemporary feel among the exhibitors, what he called “a mix of activewear and city wear.” He said, “The exhibitors feel the American brands are looking for something different, something that adds value and creativity.”

Sandrine Bernard, executive vice president at Solstiss USA, said, “Business has been good. The American market is doing well. The timing is good for the show, and I think some improvements have been made in this second time here. People have returned and we’ve seen many important clients.”

For the spring 2016 season, Solstiss was featuring a colorful array of its signature lace, with a focus on open knits, richer tones, big flower motifs and metallic finishes.

Examples include “The Painters Meadow,” full of richly colored florals and expressive textures, mixed with thick paint and freehand expressions. The “Fornasetti Forest” concentrates on detailed line work and crosshatching capturing the shaded canopy and unseals plant life of a deep tropical forest. “Modern Tea Leaves” is a contemporary interpretation of classic blue ceramic designs as inky tones connote a subtle Batik feel and echo the Japanese origins of the subject.

Bob Friedman, sales manager for Dongheng Printing & Dyeing Co., based in Changzhou, China, said the company sells viscose-based fibers, including Lenzing’s Proviscose, a blend of viscose and Tencel, to fast-fashion chains such as Zara, H&M and Uniqlo. Showing at Texworld for the first time, Friedman said the company was looking to expand beyond its mostly European customer base to sell to more U.S. companies, especially given the difficult European market and the strengthening U.S. economy and manufacturing base.

The company has its own yarn-dye facility, and specializes in offering special treatments such as over-dyed fabrics and indigo dyes, along with bottom-weight fabrics utilizing spandex and cupro.

At a Texworld seminar called “Made in America: A New Reality,” speakers said the reshoring of U.S. textile and apparel production is gaining momentum, but is not without its problems and limitations.

“I think every season is chipping away at the question a little bit more in trying to understand how companies can embrace working in the U.S. or in the Americas,” said Tricia Carey, business development manager for Lenzing USA. “One of the biggest obstacles I find is that there isn’t always the infrastructure in companies to handle the sourcing here. So often they rely on the systems they have in place and it’s much easier to keep working in Asia or within their existing sourcing channels. For right now, there continues to be interest in sourcing in America.”

Carey noted that Lenzing’s Tencel plant in Mobile, Ala., manufactures 50,000 tons of fiber annually for the apparel, home and nonwovens market. This helps provide just-in-time deliveries of Tencel and shows the corporate commitment to its U.S. spinners.

Tom Aubrey, senior vice president at Burlington Worldwide, said, “I think the Made in America resurgence is still in its infancy. In small-town America, in the Carolinas where we’re at, we see a lot of the infrastructure is there and many people realize that by not buying U.S. their neighbors don’t have jobs. I think the economy has a lot to do with the resurgence. I also think the younger buyer is interested in the ecological impact and the fact that buying in the U.S. can lower the carbon footprint of everything you consume. Also, made in the U.S. offers the quick response that is more important to our customer. So we are seeing a slow, gradual resurgence of people coming back to our U.S. platform.”

Michael Penner, chief executive officer of Peds Legwear, formerly the Richelieu Group, explained how he purchased a factory in Hildebran, N.C., in 2011 and has rehired more than 60 of the 200 employees that had been laid off, and has re-engineered the facility to make Peds legwear and other socks and hosiery products, installing 100 new knitting machines from Italy, with space for another 350.

“We reopened that factory with a lot of help from the local and state government, and the federal government,” Penner said. “We were even invited to meet at the White House with the President to talk about why we invested in the United States.”

Penner was referring to the SelectUSA summit held last may in Washington put together by the Commerce Department to encourage foreign direct investment in the U.S. The company has also benefitted from Wal-Mart Stores’ multibillion-dollar investment in Made in the USA products.

Aubrey noted that Burlington has seven manufacturing platforms in the U.S., in addition to facilities in Mexico, China, El Salvador and India, which gives its customers and Burlington flexibility.

He said, “In the past year or so, as we have seen this resurgence, we’ve gone into our worsted wool factory and brought in a new line of made in the U.S. wool suit fabrics that we call Just US, or Just U.S. “In our activewear business, we have been promoting a made in America line of technical fabrics for the outdoor, hiking, running and sportswear markets.”

Penner said his company’s story can be repeated by others “because there was not one reason, but 100 reasons,” for its success, ranging from “increased automation — we invested in state-of-the-art machinery — it’s not just duties, it’s not just energy costs, it’s not just currency…You have to have advantages — different fibers, different innovations. So I think the revival can be seen by different companies and different industries.”

Joann Kimm, director of Johnny’s Fashion Studio, said in New York a revival of local manufacturing could lie in moving the industry to Brooklyn, “which could take five to 10 years.” Johnny’s is involved in Manufacture New York, which is spearheading the Manufacturing Innovation Hub for Apparel, Textiles & Wearable Tech in Sunset Park, Brooklyn.

David Sasso, vice president of international sales at Buhler Quality Yarns, said it’s a time of “adapting” to issues and situations. For instance, Buhler, with U.S. headquarters in Jefferson, Ga., uses a lot of pima cotton in its yarns and has seen prices rise significantly due to the draught in California this year and Texas last year.

“We’re doing a lot of business in the Western Hemisphere,” Sasso said. “Having the ability to deliver with speed helps our business and our CAFTA programs with a 30 percent duty-free benefit is a big plus. Once people do the math, it’s a big selling point.”

“Seeing business come back in men’s shirtings is exciting because it had basically disappeared,” Sasso added. “I think Made in USA is real because once you make an investment you’re going to stick with it. The way the global and U.S. economy are today, it has forced companies to use speed to market as a strategy. It’s being proven that consumers want to buy local, so then it’s a matter of providing a quality product at a good price.”

Kelly Wilson, a sales executive for Los Angeles-based Laguna Fabrics, exhibiting at Texworld, said, “A lot more people are getting involved in Made in USA. There’s definitely less talk and more action.”

Wilson said this includes many new accounts looking to diversify their sourcing and bring at least some of it back to the U.S. Laguna, a fabric converter working with Los Angeles fabric makers, has been doing well with sweater knits, ribbed knits and jacquards.

Ronald Sheridan, president of STC Textile, who was representing Turkish fabric firm Aker Tekstil at PV, said, “Business is more spread out today. Maybe for the first time in a long time, new ventures, startups, have an advantage.”

He said they can approach their business differently, buy better fabrics, spread out their sources and not be pigeon-holed like an established brand can be.

“The need for faster turns has become more important, so in many cases the smaller brands and retailers are eating the larger company’s lunches because they have more flexibility and are more nimble, and in many cases are manufacturing more in the Western Hemisphere and foregoing Asian sourcing,” Sheridan said.

Penner, summing up the Made in America situation, said, “There’s a critical mass we need to reach. I think there are other opportunities, such as sheer hosiery that we manufacture offshore. The real Holy Grail is cut-and-sew that we haven’t been able to crack in North America. But if somebody is able to figure that out, they’re going to be richer than Bill Gates.”