Higher cotton costs will force manufacturers and retailers to hike prices this year. 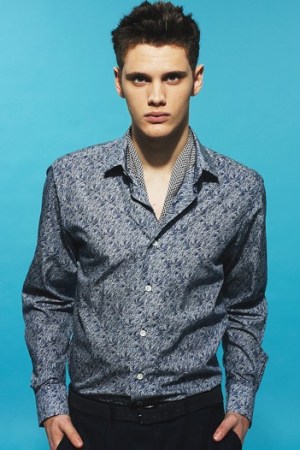 The dress shirt market is enjoying a resurgence, driven by a slimmer silhouette and hybrid models that can be worn with or without a necktie.

For the three months ending Feb. 28, sales of men’s dress shirts rose 9.7 percent, according to figures released last week by The NPD Group. Marshal Cohen, chief industry analyst, said all the dress-up categories have been strong, with tailored clothing rising more than 30 percent and neckwear up 26 percent.

“Men are rediscovering the importance of ‘dressing for success.’ Whether it’s for social or career reasons, men are displaying a desire to upgrade their wardrobes and use dressing up as a vehicle to demonstrate the importance of both,” said Cohen, adding, “Keep in mind that the men’s wear market was the first to show signs of decline as the recession began and was one of the last to return, but now it’s coming on strong, primarily due to a high level of pent-up demand.” Men’s apparel sales overall for the three months ending in February rose 12 percent, after a 3.3 percent increase in 2010.

Although dress shirt manufacturers and retailers are enjoying the results of this rebound, the one big question mark is the rising cost of cotton, which is causing manufacturers to increase their prices in the single digits for fall, with another uptick expected for spring. Most of the higher-end brands are expecting little backlash from consumers, however, as prices of all commodities — fuel, food, etc. — are also on the rise.

“I just paid $4 for a gallon of gas,” said Mitchell Lechner, president of the dress shirt group of Phillips-Van Heusen Corp. “How about you?”

He added that the increased cost of raw material has forced manufacturers and retailers “to work in a collaborative way in an effort to get higher AURs [average unit retails]. As raw materials increase and AURs move up, this also challenges us to give the customer a reason to pay more. This can be in detailing of shirts, quality of fabric, updated trim and stronger point-of-sale [messaging] in stores. Season to date, we have seen the consumer react favorably.”

Nevertheless, Lechner admitted to having had “a lot of angst coming into the season. But we’re beating plan. Newness is working.” He said season-to-date sales are “ahead of last year,” and he’s feeling good that the trend will continue, although “April is a little harder to read because of the Easter shift.”

Lechner said new fits — fitted, slim and ultraslim — are what’s leading the growth, along with the hybrid shirt, which is “dressy enough for work yet still casual. You can go from day to night.”

In terms of fashion, Lechner said colors and patterns are now “bolder” and checks are “trending from micro to macro.” And solid blue continues to be “an essential element,” gaining in importance for fall and holiday. “Beyond the classic blue, indigo and cobalt are key blue factors,” he said, adding that other saturated hues are also making a mark.

John Minahan, president of Gitman shirts, said prices were up around 6 percent for fall, and he is expecting to add “another couple of points for spring. Cotton prices are unstable and uneven.” However, for Gitman, whose shirts are made in the U.S., the vast majority of the cost of the product comes from its “artisanship, so when prices go up $1 a yard, it’s not as big a problem for us.”

He said the company “got our ears beat in a couple of years ago based on what it cost to make our garments,” but customers now appreciate a quality, American-made product. “That has become increasingly important to the customer,” he said. “The Internet viral generation wants to understand who made the product, where it’s from, everything. They scrutinize the products before they buy them.”

These customers are also driving the fashion component of the brand, Minahan said. “We are selling the washed, closer-fitting dress and sport shirts in interesting seasonal fabrics with nonconventional ties.” This includes, for example, washed chambray shirts and wool gabardine striped ties. “The other part is the sartorial, firmer-collar business,” he said.

Minahan said that after the company lost the Burberry license in 2009, he wondered if Gitman could compete with brands “able to pay an extra $20 for marketing because they make everything so cheap,” but because of this new generation of “entrepreneurial dressers,” he’s bullish about the future.

Jim Heiser, the president of Individualized Shirts, characterized business as “quite good. We just came through a very nice quarter. We’ve had very respectable trunk shows across the board,” and customers are responding to the company’s newly launched custom shirt program, which made its debut at the end of March.

“We’re seeing a nice uptick in luxury product,” he said, adding that shirts retailing at $295 to $450 have been “received well.”

In terms of fashion, Heiser said there is a mix of plaids, checks and stripes. “Blue seems to always be the leader of the pack, but we also have muted tones in checks with touches of purple and pink.” The company, which is celebrating its 50th anniversary this year, has released a group of 20 pieces based on vintage fabrics from back then. Retro broadcloth finishes, rich colorations and multicolored oxford tattersalls are among the offerings.

In addition, the company is introducing a new “white on white” fabric, which Heiser expects to do well in major metropolitan areas.

Like the other manufacturers, Individualized Shirts is also experiencing the trend toward slim-fit models. “They’re clearly here to stay,” he said.

Although slim-fit shirts may use slightly less fabric, that doesn’t mean the company is unaffected by rising cotton prices. “Clearly there is a price increase, but we hedged our bets with our buys nicely last year,” Heiser said. Nevertheless, the company was forced to raise prices about 4.5 percent in December, and Heiser is unsure whether they’ll rise again in the future. “But we understand that the cotton yield will be better in 2012, so that may stabilize the market a bit.”

Even though prices are higher, Heiser said most consumers are still buying. “There’s been so much pumped into their heads about inflation in the last six months, with gas, fruit, everything, that they’re not surprised,” he said.

Trudi Roach, vice president of design and merchandising for dress shirts at Perry Ellis, has also seen a pickup in sales. “This is the most exciting area to be in,” she said, “because it’s one of the quickest ways for a guy to update his wardrobe.” She attributed it in large part to the popularity of the slim-fit shirt and an “overall cleaning up of the silhouette.”

At Perry Ellis, she said, the main model is the City Fit, which is slimmer and more modern than in the past and sits on the sales floor with brands such as Kenneth Cole and Calvin Klein. And Roach revealed the company is working on an even more aggressively slim model for spring, Perry Ellis Premium Slim Fit, that will also incorporate stretch fabric for movement and comfort.

Additionally, Roach said collars are getting smaller. “Five years ago, we saw this in Europe and it scared us, but now we’re redesigning the collars to work with the slimmer neckwear and suits” that have taken hold in the U.S. market.

Roach also said that while “white and blue are always leaders, color is much more widely accepted.” The company is offering midtones and a desert sun-bleached range for spring for its hybrids, which can also be worn as sport shirts.

Turning to the pricing issue, Roach said the company is exploring raising its wholesale prices for spring as it battles the increased cost of cotton and labor. “What we’re hearing from some stores is that they already took a jump for spring ’11 of as much as $10,” she said. In some cases, retailers report this hasn’t impacted sales, she said, while others have seen a drop in units sold.

Michael Smith, chief executive officer of the Custom Shop, which operates five stores around the country, said his company has managed to hold prices, since it purchased fabrics far in advance. “But we will see the impact later this year,” he said, adding that he was expecting to implement single-digit increases. He said the company has seen the best unit growth in high-end shirts, ones that retail for $250 to $600, so there is “some elasticity there,” and he’s not expecting a backlash from consumers.

He said shoppers are gravitating toward hybrid shirts, interesting collar and cuff treatments and slim fits. “The customer today understands there are more options than just a blue button-down shirt and a pair of khakis,” he said. “The guy who wears a tie Monday through Friday is a rare bird, and too many guys have defaulted to blue button-downs. But it’s our goal to offer more options.”

Ari Hoffman, ceo of Gant USA, said the biggest question today is: “What’s beyond plaid?” That fashion trend is still hanging tough, although faded patterns have replaced the bright colors of the past. Ginghams are also doing well, as are solid blues. “Blue is the number-one selling shirt by far,” he said.

“But the key thing is the fit,” he added. “Just like guys who had pleated chinos who now want flat front, it’s the same thing with shirts. A more shaped body is driving the business.”

Gant will also be forced to raise prices in the second half as rising cotton prices take hold. Although the increases won’t be as much as in some of the heavier knit products in the market, Hoffman said most shirts will see high-single-digit price hikes. “Stores may not buy as much, but the good part is that they’re more focused on full-price selling today,” he said. “They’re not carrying the same inventory as before the crisis, so what choice does the consumer have but to pay the price? Initially, they may shy away, but when they come back a second or third time and see the prices are still up, they’re going to buy because they need a shirt.”