Italian Fabrics Look to Break Out of Slump 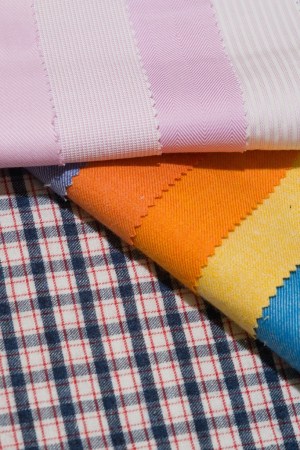 MILAN — The 15th edition of Milano Unica, which ended here on Sept. 13, took place under a cloudy sky.

This story first appeared in the October 2, 2012 issue of WWD. Subscribe Today.

The Italian textile industry posted a 15.3 percent drop in production and a 10.4 percent downturn in exports in the first half of 2012, according to the Italian fashion and textile consortium SMI Sistema Moda Italia. Despite the industry’s gloomy outlook, Milano Unica registered an encouraging 75 percent and 12 percent increase in visitors from China and Japan, respectively.

“The growth of Chinese visitors confirms that we made the right choice in deciding to directly approach that huge market, bringing Milano Unica to Shanghai in October, also because China represents a window over all of Asia,” said Milano Unica president Silvio Albini.

Loro Piana president Pier Luigi Loro Piana, said, “I’m pretty happy about how the market is reacting. I was more concerned in June, but in July and August, we registered a recovery. China and northern Europe are performing well, and the U.S. registered notable growth in 2012,” referring to the company’s business.

For fall 2013, Loro Piana focused on cashmere, developing the special “Cashmere Rice-Stitch,” a cashmere jersey fabric featuring a textured front and a smooth back. Specifically for women’s wear, the company also created “Loro Piana Zibeline,” a luminous cashmere cloth with a hammered finishing, obtained with the use of dried cardoon flowers from the Spanish Navarre.

Loro Piana keeps developing its signature sportswear fabrics, mixing high-end technical qualities with a sophisticated, urban style. They include “Cashmere Twin,” a blend of cashmere and cotton that is available also with Storm System, a special treatment that makes the fabric wind repellent and waterproof without losing softness and lightness.

“We are doing very well, for the single reason that our company is strong in exports,” said Ermenegildo Zegna chairman Paolo Zegna. “We have a global vision because we are interested in all the markets where we see growth opportunities, even small.”

Marzotto banned bold patterns from its collection, paying a tribute to the classic textile tradition. Beside a more luxurious range, including wool and silk fabrics treated with unconventional washes, the company developed a more sporty high-end line focused on shuttle-woven jersey fabrics.

“The biggest concern currently comes from our huge stocked clients, which issued profit warnings. This foreshadows that the markets will see an additional downturn,” said Marzotto chief executive officer Sergio Tamborini, adding that the company aims to grow in China and the Middle East. “There are some additional markets that are currently growing a lot, such as Brazil and India, but each presents some limitations, including customs duties and seasonal temperatures that make the products inappropriate.”

“This operation is part of the strategy we started in 2005, with the goal of creating a conglomerate of high-end textile companies,” Tamborini said.

For next fall, Biella-based Botto Giuseppe developed its “Multicontrol Weather” range, including waterproof and stain-resistant cloths in stretch wool and wool with silk.

“The cost of raw materials is a bit lower at the moment, but taxation is extremely high and the price of energy is up,” said Botto Giuseppe textile designer Marco Bille. “So we decided to raise our prices by 5 percent.”

The Bergamo-based group registered a 6 percent increase in exports in the first half, driven by growing requests for its most luxurious products.

Albini Group is also developing Albini Energia, a green program focused on reducing energy waste and carbon footprints, as well as producing and using alternative energies. Cotonificio Albini presented its “Flanellino,” a new linen flannel with fine dobbies in a wide color palette, spanning from classic shirt colors, such as blue and black, to mélange hues, pastels and deep fall tones of burgundy, saffron and tobacco. The brand also re-proposed its signature “Piuminofeeling,” an exclusive fabric made with high-end Egyptian Ginza 87 cotton.

At Milano Unica, Testa launched ultraluxurious Egyptian shirting cotton fabrics blended with 24-karat gold, which wholesale from $400 to about $1,000 a meter.

“We are focusing on China because we see good opportunities there,” said Testa managing director Michele Ferrario. “We are also growing in Italy, the United States and Northern Europe.”