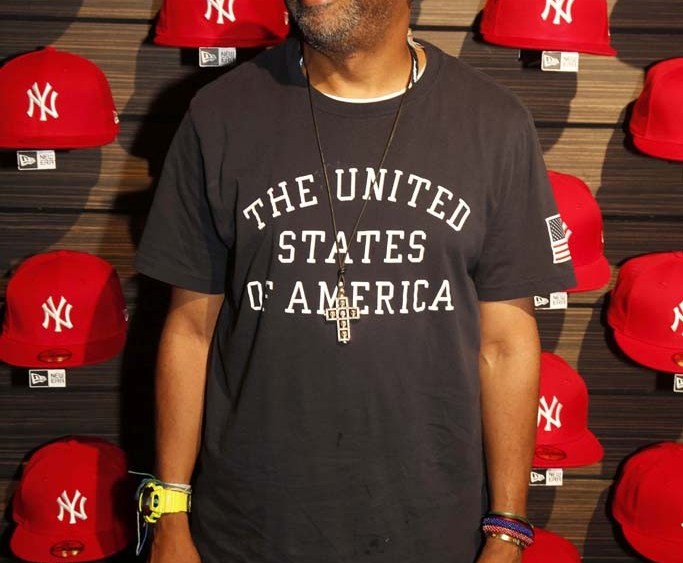 NEW YORK — “I’m not going to walk in here wearing Boston s–t!” exclaimed Spike Lee in front of a packed audience inside the Sunshine Cinema on the Lower East Side here.

The director was alongside Chris Koch, chief executive officer of New Era, speaking about his ongoing collaboration with the headwear brand and its newest launch, the Heritage Series, as well as his take on fashion.

“People these days don’t care what team they’re for, they only care about the color of the hat [they are wearing]; that’s not me,” Lee said.

“I started the whole matching of colors,” he added, referring to a monochromatic head-to-toe palette he made popular in the Nineties. “[In retrospect] what did I create? I’m Dr. Frankenstein here with the whole matching thing; I did it on a whim, but I think the matchy-match has gone too far.”

The collaboration — now in its third and final iteration and hitting New Era stores and online July 24 — celebrates the turning point for the company in 1996, when it began collaborating with Lee. As Koch explained it, Lee reached out to him directly that year, requesting the brand create a customized red Yankees cap especially for him.

“I needed to match my red down jacket — or something,” Lee recalled.

After Koch agreed, Lee said he felt it was only right that he receive consent from the Yankees. He proceeded to make a nervous call to late Yankees owner George Steinbrenner. “It was crazy that he granted my wish, especially with the history between the Red Sox and the Yankees — it’s almost blasphemous,” he recalled.

Koch described the deal with Lee as a major turning point for the brand. Before the collaboration, the traditional headwear brand, founded in 1920 by Ehrhardt Koch, was exclusively for professional athletes.

“Before Spike did that, there was no fashion side of the business,” said Koch. “It truly changed our business model.”

After Lee wore the red Yankees cap to the 1997 World Series, the hat became a consumer hit.

Today, the brand has stores worldwide and makes exclusive versions to cater to the Japanese market.

Outside of fitted caps, Lee has been a longtime hip-hop trendsetter and admitted that he deliberately placed specific products into his movies.

“I did it all on purpose, whether it was Air Jordans, or a Brooklyn bicycle hat, medallions, those love-hate knuckle rings,” he said to the crowd. With so much fascination with fashion in his films, which was his sartorial favorite?

“‘Mo’ Better Blues’ is about jazz musicians and those guys are always sharp,” he told WWD. “And ‘Malcolm X’ just had those Zoot suits we wore.”

Speaking of suits, Lee said that these days he is most impressed with the ones worn by Russell Westbrook of the Oklahoma City Thunder.

“I like the fact that he likes colors,” he said of the athlete, who recently signed a two-year partnership with Barneys New York to do a range of products. “He’s not afraid to wear anything, so I like him for that.”

Though the director was promoting New Era on Wednesday, he has been riding the wave of headlines in the past few days thanks to the Obamas, who congratulated him on the 25th anniversary of his film “Do the Right Thing.”

“[The movie] was actually the first movie we saw together on our first official date,” First Lady Michelle Obama said in a video played at a commemorative screening of the classic earlier this week at the Los Angeles County Museum of Art.

“Spike, thank you for helping me impress Michelle,” Obama continued in the video.

Asked about the public congratulatory note, Lee responded: “Well, I said to Barack, ‘I’m glad you didn’t take Michelle to see ‘Driving Miss Daisy,’ or that would have been cursed.’”