Less-rigid construction, technical fabrications and traditional patterns are driving the business for spring 2013. 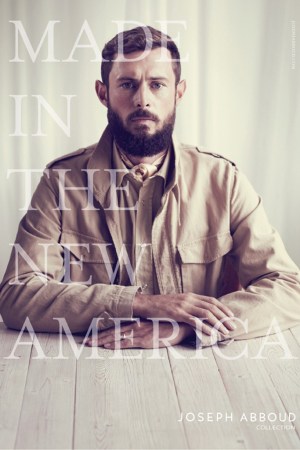 The tailored-clothing market is getting softer.

Less-rigid construction, technical fabrications and traditional patterns such as seersucker and madras are driving the tailored-clothing business for spring 2013 as manufacturers continue to reap the benefits of a rejuvenated category. For three years, suits have been surging, driven by a younger customer who has embraced a slimmer, more modern silhouette. Even older guys have been cajoled into updating their wardrobes in an attempt to look current. According to The NPD Group, sales of tailored clothing jumped 26 percent for the 12 months ended February, and sport coats were also strong, rising 24 percent in the same time frame. The heightened interest in dressing up is expected to continue through this year and into 2013, according to leading clothing vendors.

The made-to-measure component of the business is also garnering more customers as men opt to customize their wardrobes and create their own sense of style.

“Our tailored-clothing business is really good,” said Joseph Abboud, president and chief creative officer for HMX Group. “And the made-to-measure piece is up double digits, which is really interesting. The economy is a little better and there’s just something cool about creating your own personal style. A lot of retailers don’t carry the most aggressive fabrics on their racks, so for the would-be connoisseur, this allows them to create a real fashion element.”

Abboud said HMX is offering made-to-measure in several of its labels including Hickey Freeman, Hart Schaffner Marx and Coppley. “Retailers really like it,” he said. “They get a full-price sale with a good margin.”

One difference, he said, is that the company is producing more made-to-measure garments in the skinniest bodies — a phenomenon that represents a real “paradigm shift” in the business. In the past, made-to-measure appealed primarily to a hard-to-fit guy seeking a suit that would accentuate the positives. But today, it’s become attractive to a wider audience.

For Anthony Sapienza, chief executive officer of JA Apparel Corp., the “instant gratification” people get from the Internet has translated into their clothing choices. “They want it their way,” he said. And because JA operates its own factories in the U.S., it can turn a made-to-measure suit around in two weeks. “That plays to our strengths.”

Sapienza said the company’s made-to-measure sales with Nordstrom, which he considers a “bellwether store,” have been especially strong.

Overall, he said sales at retail are good for the company’s “affordable luxury” offering under the Joseph Abboud label. “The consumer is back in the market and we’ve seen nice increases in suits as well as sport coats, which are particularly hot.”

Now that the worst of the recession is over, Sapienza said men are responding more to color and steering clear of the drab hues they wore when the economic climate was especially bad. “There’s a little peacock that needs to show off,” he said.

The trimmer silhouette continues to lead the way and flat-front trousers have replaced pleats in most suits. This appeals to the fashionable guy as well as older men who haven’t bought a suit in a few years and who are branded as outdated in their big, baggy silhouettes. “They’re trading their wardrobes in for something new,” Sapienza said.

In suits, fancies, subtle plaids and solids with texture and color are among the best sellers for spring 2013, he said. “It’s not basics.”

In sport coats, “feather-light” construction will lead the way. This translates into a lightly contoured shoulder, an unconstructed front and an unlined interior that can be worn for business or pleasure. Fabric choices include cotton and cotton blends, silk and wool and other interesting fabrics. “Sport coats are trending very well and we’re anticipating a strong 2012,” Sapienza said. “Once a man gets into new clothing, he likes what he sees and thinks he needs a few more pieces. So we have a very positive 12-month outlook.”

He said the upper-middle-class shopper is feeling better. “And that will help the men’s business as a whole.”

Paul Diamond, president of Jack Victor, said softly constructed models in light colors will be popular for spring. “The garments are softer, so when you put the coat on, it’s like you’re wearing nothing. The new clothing has a sportswear feel to it.”

He said men today “want comfort, ease and sex appeal so they can look thinner and more up-to-date.” As a result, the company is having success with silhouettes offering “nice compression, easier drape and beautiful linings. We’re not Etro, but we’re doing purple or burgundy linings that are not too outlandish.” Some 70 percent of the models feature flat-front pants.

One particular bright spot is sport coats, he said. “That’s the real strength of the clothing business right now. But it’s not the same old sport coat. It’s soft, less constructed and has a great feel.”

Diamond said updated offerings such as these appeal to a young customer who is seeking a jacket to wear with jeans, or a more mature professional who wants to look younger and more athletic. “They feel better about themselves, they’re living longer and they want to look better,” he said.

Diamond believes the momentum in the clothing market will continue. For spring, technical attributes such as stretch, antiwrinkle and superlightweight fabrics will be the drivers. “There’s an opportunity for very good business,” he said. “The future is bright, especially for people making a quality suit for under $1,000.”

Mark Brashear, chairman and ceo of the Americas for Hugo Boss, said, “The demand in the U.S. for tailored clothing has remained strong and we’re encouraged so far by what we’ve seen for spring and summer ’12.” He said the suit market is still being driven by the slimmer silhouette while novelty tweaks such as unusual linings, lapels or buttons are doing well in sport coats. “The customer is getting more creative and taking more liberty in his style interpretation,” he said.

For spring 2013, he said Hugo Boss will show more “variations of color and a variety of expressions in suits and sport coats.” While bright blue is performing well for this year, he expects “more sporty, European influences” to take hold next year.

“We’re always cautious, but we have not seen any signs that demand is diminishing,” Brashear concluded.

Paulette Garafolo, president of international, wholesale and manufacturing for Brooks Brothers, said the company’s tailored-clothing business is up around 10 percent over last year. Key drivers include a slimmer fit, such as the new Fitzgerald model, as well as technical fabrics such as BrooksCool, a blend of wool, polyester and Lycra that is breathable, wrinkle-, water- and stain-resistant. “It’s like our noniron shirt for tailored clothing,” she said, adding that the suits, which retail for around $698, appeal to a younger man. “We’re getting the first-suit customer back.”

Also new for spring is the Cambridge, which is a “very slim sack suit.”

Sport coats have been a strong performer for Brooks, with sales running up more than 18 percent over last year, Garafolo said. “As Baby Boomers age, sport coats become more of a commodity item,” she said.

Garafolo said based on current results, with sales up in Brooks Brothers and Black Fleece, she expects business to continue to be strong in tailored clothing. “I’m very optimistic.”

HMX’s Abboud is similarly upbeat. “We’re doing early previews now and the lean silhouette is not a new story anymore. It’s now more mainstream that thin is in.” This goes for the young customer as well as an older, more traditional man. “But the older guy isn’t buying as much,” he said. “Our future is with the younger customer who thinks it’s cool to get dressed up.”

Specifically, washed fabrics and seasonal fabrics such as madras and seersucker will be good for spring, he predicted.

“We’ve got to keep moving the customer forward,” he said. “The status quo doesn’t work anymore.”