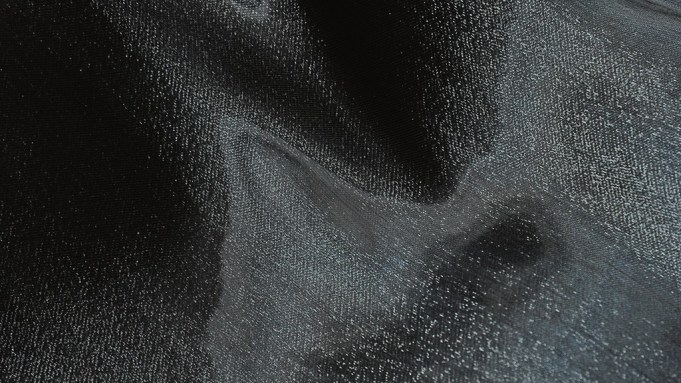 Early on in his design process, Calvin Klein Collection’s Francisco Costa looked at the textural works of Italian artist Piero Manzoni, which he was hoping to merge with a more urban aesthetic for fall. The two creative impulses in mind, he approached several mills to find an open-weave fabric that reflected the graphic nature of a city grid.

“I wanted the open spaces to be a part of the actual weaving structure of the fabric and not simply laser-cut, or manipulated afterwards,” the designer recalls. “Many fabric vendors said this was not possible, especially in some of the weights and weaves I envisioned. However, after a lot of experimentation, we finally developed a way to create the effect naturally without having to use any technical illusions.”

The result looked like a perforation, but wasn’t accomplished by punching any holes into the alpaca or wool flannel. It provided an innovative way to play with fabrics and surface interest, and a view into how far designers stretched their textural muscle this season.

At Chanel, Karl Lagerfeld offered several stunning 3-D textures, including a tweed coat that was covered with 99 woolly flowers that were adorned with stones. The look, realized by the specialty atelier Montex, which is owned by the French fashion house, took some 380 hours to embroider. “It is all embroideries that have been applied on the tweed; basic materials are reworked with a lot of embroideries,” Lagerfeld explains. “What’s important is the effect, whatever it is. You have to touch it to see what it is and even then, it’s not always easy to identify.”

Such mysterious qualities can certainly add to the allure of a garment. Take, for instance, a trio of dresses at Bottega Veneta. Designer Tomas Maier offered elaborate embroidery achieved through a needle punch technique that merged silk and wool with a base of soft washed flannel. The overall effect read intricate print and embellishment, with a hand-crinkled touch that was at once rough in appearance and painterly in its appeal.

Meanwhile, Felipe Oliveira Baptista, the Portuguese designer who shows in Paris, was looking at holographic trading cards as a starting point. He developed a new material that resembles a car’s metallic shine for some of his dresses, tops and pants, several printed with animal motifs. “I wanted the prints to move and ‘pop out’ of the fabric,” Baptista says. “We developed fabrics specially for this—a double weave of nylon and Lurex give [the appearance of] distinctive shines that overlap. The [translucent] nylon layer is printed with the image.”

That Baptista is making a statement for new fabrics is not entirely coincidental. Last September, he headed up the jury of the fourth edition of Première Vision’s PV Awards, which highlight textile innovation.

For fall, Narciso Rodriguez also amped up his optical illusion via two tones of silk satin charmeuse that were laser-cut into small diamond shapes, then bonded onto a silk crepe base for several dresses. Slightly elevated, these diamonds were almost like a new sequin that was both graphic and artsy. “People thought it was laser-cut with a color behind it,” Rodriguez explains. “Because it’s an unusual way to see something, they were confused as to what it actually was. When they saw it up close, they could read it perfectly.”