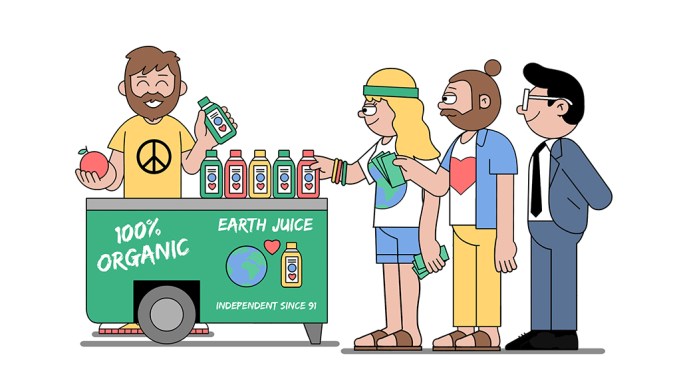 Investors are starting to see green in eco and ethical fashion businesses.

While initially standoffish about do-good brands, they are taking notice of more compelling product ranges and recognizing that such brands have a powerful resonance, especially with Millennial consumers.

“The general public is more sensitive to corporate and social responsibility matters in general, and particularly environmental issues, which cut across gender, social and geographic boundaries and are visible to all,” said Pierre Mallevays, managing partner of London’s Savigny Partners, a mergers and acquisitions firm.

What’s more, “the pool of investors is growing, with some being purely dedicated to the space, like DBL Investors,” he said, referring to the San Francisco-based venture capital company that holds stakes in fashion brand Maiyet, designer resale site The RealReal and carmaker Tesla Motors.

Mallevays said he expects to see the private equity sector move in the same direction that the asset management industry did a few years ago — increasing its specialization in eco-ethical investments.

Until recently, such companies struggled to find traction with consumers, let alone the money crowd.

Ariel Ohana, managing partner at Ohana & Co., a boutique investment firm based in Paris, said both strategic buyers and financial investors have long been skeptical “essentially because they were not certain there was a big market for such products.”

certain items less appealing to consumers. Ohana noted that the first skin-care items to carry the Ecocert organic certification in France, for example, were often “just not pleasant to apply on the skin.”

Until now, “we have essentially seen high-net-worth individuals, who had both financial and ethical motivations, fund ventures,” Ohana said, mentioning luxury titan Bernard Arnault, who made an investment in Edun Apparel via LVMH Moët Hennessy Louis Vuitton.

Mallevays also pointed to Kering’s venture with surfer Kelly Slater on a sustainable ready-to-wear deal under the Outerknown label as evidence of mounting interest in the sector.

“Knowing there is a market that escapes you is what drives corporates to make acquisitions,” Ohana said, citing several transactions in the beauty space, including Bare Escentuals, which Shiseido acquired in 2010 for $1.8 billion.

“But in the apparel segment, it took longer for brands to gain critical mass and therefore transactions are more recent, such as the sale of Prana Living, a maker of yoga and rock-climbing clothes, to Columbia Sportswear or the acquisition of 50 percent of footwear firm Toms by Bain Capital, both of which occurred in 2014.”

Ohana said he expects strategic investors to remain the most active in the eco-ethical space, calling the Toms deal an exception. “Although no doubt that other private equity funds will carefully look at Bain Capital’s example and some will follow,” he said.

“In our experience, a brand is valuable so long as that brand stands for something meaningful, enduring, authentic and differentiated in the mind of the consumer — be it luxury, value, function or ethical mission,” said Ryan Cotton, a principal at Bain Capital.

“Strong brands create an interesting investment profile because of the variety of ways in which the value of that brand can be deployed. Strong brands can be extended to new products, licensed to adjacent categories, expanded in new geographic markets, marketed to new customer segments or, in some cases, broadened via price segmentation,” Cotton added.

Founded in 2006 by Blake Mycoskie, Toms is based on a simple buy-one, give-one-to-an-impoverished-child business model and has been expanding into other categories over the past few years, including eyewear and coffee.

“This generation looks for opportunities to integrate causes they care about into daily life by making purchases that advance social issues or by joining large movements, rather than making one-off charitable donations. And they gravitate toward brands that demonstrate an affinity for those causes as a core part of their offering,” he said.

Development plans for the California-based firm include rolling out Toms retail stores, with a European flagship in Amsterdam and a store in London among recent openings. An indication of its different approach is the London unit, which Toms dubbed a “Community Center” since the two-story space contains a coffee shop, offers free Wi-Fi and has sofas to allow visitors to lounge.

Mallevays characterized valuations and investment horizons for eco-ethical companies as the same as for regular fashion or retail companies. Ditto the motivation for acquisitions.

“In some cases, there is an image benefit, but return on investment is, and has to be, the driving consideration,” he said. “There has been some limited investment where image has been an important factor, but there will be more as opportunities come with scalability and brand differentiation.”

“It’s the right time to leverage our know-how, leverage on what we have built so far and take the company to the next level,” said Jose Múgica, chief executive officer of the Madrid-based firm founded in 2009. “The plan is to open flagships in Europe and the U.S. within the next three years.”

Ecoalf distributes its fashion range, hinged on outerwear but also spanning accessories and footwear, to about 250 doors worldwide, including Bloomingdale’s, Nordstrom and Isetan.

Múgica noted that northern European countries are particularly receptive to eco-ethical concepts, along with Italy, fanned partly by high-profile initiatives such as Pharrell Williams’ eco-friendly project with G-Star involving denim made from recycled ocean plastic.

Asked if eco and ethical fashions are at a tipping point of mainstream success, Múgica replied: “If we’re not there yet, we’re really close.”