PARIS — The buzz around Impact, WSN Développement’s new salon designed around sustainable fashion, contributed to a like-for-like 15 percent increase in footfall at adjoining sister salon Who’s Next, held alongside Bijorhca Paris at the Porte de Versailles from Sept. 6 to 9. The launch edition included a series of round tables and the participation of more than 100 brands, including initiatives geared to upcycling used garments involving players like Emmaus x Le Relais.

Happy customers included Régis Pennel, founder of L’Exception, who is in the development stages of preparing a sprawling incubator dedicated to young eco-responsible, ethical brands, along with a major food component, scheduled to open in a former fire station, La Caserne, in Paris’ 10th arrondissement in 2021. “We plan to have an impact on Paris and fashion that will change the market,” said Pennel, whose highlights at Impact included Oth, specializing in sneakers made from recycled tires, knitwear label Sakina M’Sa and local denim brand, 1083.

“We were looking for brands with added value, like being made in France or eco-friendly,” said Pennel. “For the first time, we had a place where we could find these brands more easily.”

Claudine Verry, style director at Paris department store Printemps, found Impact’s presentation lacked modernity and gravitated to the main hall. The “bohemian” mood of the spring 2020 season was underscored by “pretty tie-dye prints and hippy-chic silhouettes,” dipped in a palette mixing orange, lavender, khaki and sky blue with flashy colors. “This was about vacation wear for the city, with loose summery knits and voluminous dresses good enough to go to work in,” said Verry. Bags went from itsy-bitsy Jacquemus-inspired styles to woven basket bags and “XXL” long styles. For jewelry, it’s all about mineral stones and “a revival of chains to be layered over clothes,” she said.

In an increasingly digital world, organizers lauded the human dimension of their respective shows. “It’s a community event — only one happening in real life. There’s a real need to be able to touch clothes and to exchange with one another as part of an eco-system; digital is creating distances,” said WSN Développement’s general director Frédéric Maus. He partly attributed the growth in visitors to the reinforced “concept store-ization” of the salon, with a bigger lifestyle and beauty offer. “For me, it’s the main direction for retail, it’s what makes people enter a store, and we have to lead the way,” Maus said.

“It’s a meeting place for the industry,” echoed Bijorhca’s director Marine Devos, who flagged “spiritual and ethnic-inspired” references among the leading jewelry trends. “The fact we communicate a lot on our computers and telephones mean there’s a desire for people to reconnect with themselves and their values,” she said.

Key materials across collections included wood, raffia and passementerie, as well as ocean-inspired mother-of-pearl, glass paste and plastic links. Arty graphic and British influences were also featured. A clearer segmentation included a new Precious Gallery area at the salon’s entrance, showcasing watchmakers and fine jewelry specialists, with demand for diamonds ever strong, according to Devos.

Among the long-haul visitors pacing Who’s Next, Karen Quinones, owner of En Avance based in Miami’s Design District, cited pink, punk, men’s wear vibes and full-on Nineties influences among the directions. “All things I sold in my store in the early Nineties are back. Animal prints are always a constant in fashion, but instead of leopard, I’m seeing more zebra and snake prints. Flower power is still strong. I haven’t seen anything new yet that has wowed me, but it’s still early in the fashion month,” she said.

WSN also marked the launch of a new incubator contest in partnership with fashion and design school Istituto Marangoni, dubbed Lab.Scene and geared at providing business guidance for young designers. Ten candidates will be preselected in mid-November, with the first three laureates to be announced in early December. They will be given access to master classes and personalized coaching by experts and specialists and will be invited to present at the WSN trade shows. The eight-strong jury includes former fashion and luxury consultant Jean-Jacques Picart and Änissa Draa, e-commerce buyer for Printemps.

“We’re super proud of this partnership. The group has been supporting young creation for the past 30 years and what Istituto Marangoni offers is very complementary, it’s an interesting marriage,” said Maus. “They’re here to teach young designers how to get off the ground and then it’s over to us to help them explode onto the scene, as the young shoots that will become the major designers of tomorrow.”

Feedback on the impact of the Yellow Vests demonstrations across France was mixed, meanwhile. Jean Rian, owner of an eponymous footwear store based in Avignon, which had to close its doors over 20 consecutive Saturdays during the protests, said he expects 2019 sales to be down by between 30 and 50 percent year-over-year.

Bijorhca’s Devos was more optimistic. “My fear was that it was going to affect the September edition, but now the Yellow Vests are in Hong Kong, it’s moved to Asia, and it might move to Brazil,” she said. “Hopefully, it won’t move to London…”

HIGHLIGHTS FROM WHO’S NEXT AND BIJORHCA

Inspiration: Founded in 1925 and originally known for its innovative nylon knits, the company since relaunching in 2018 now specializes in sustainable knits in fabrics including regenerated cashmere, organic cotton and upcycled materials from its own unsold garments. The spring 2020 collection splits into three lines: regenerated cashmere sourced and knitted in Italy; organic cotton and cotton-linen blends knitted in Italy, and a limited-edition capsule made in Paris from upcycled materials from past collections and prototypes. All of the brand’s production is GOTS or GRS certified.

Prices: Prices range from 210 euros for a sleeveless top to 380 euros for a long cashmere cardigan hand-embroidered in Paris.

Inspiration: Part of the slow fashion brigade, this nomadic young designer who trained in the studios of brands including Saint Laurent and Jean Paul Gaultier themes her collections around the countries she visits or has ties to, including India and Turkey for spring 2020.

Key styles: Embroidered choli tops in upcycled velvets, unisex neoprene sweatshirts with cropped sleeves and hand-embroidered motifs inspired by Turkish culture. The designer develops handmade fabrics and prints with associations based in New Delhi and Jaipur, India and the pieces are assembled in France.

Prices: Retail prices range from 25 euros for panties to 50 euros for bras.

Inspiration: The aim of this rising Delhi-based brand — a Vogue India Fashion Fund winner and part of the Vogue Talents scouted by Vogue Italia — is to encourage wider dialogues around individuality, sustainability, inclusivity and mindful buying, including through its Huemn Project capsule collections featuring portraits of inspiring individuals shot around the world, working with Los Angeles-based photographer Mark Hanauer. The spring 2020 collection includes sweatshirts sporting elaborate tapestry-like hand embroideries based on images taken by young photographers in conflict areas in India, like Kashmir.

Prices: From 70 euros for a poplin shirt to 350 euros for an embroidered sweatshirt, at wholesale.

Inspiration: This former textile designer based in Bordeaux, France, upcycles vintage chainmail purses from the early 20th century — “things once worn to parties and balls” — to give “old, lost material” new value, sometimes coating them with silver plating. Each piece is unique, with its own gauge.

Prices: Wholesale prices range from 18 euros for an adjustable bracelet to 50 euros for a large sautoir.

Inspiration: This young, Swiss-based jewelry designer re-creates precious jewelry using zirconia and traditional gem-setting techniques. “For me, it’s the future. I don’t see the point in putting all your savings into a rock — why not go to Bali for a year, instead?” quipped the designer who worked in sales at Swarovski before taking over the creative reins from her mother in 2017. Signatures include bold color and a playful spirit.

Prices: Retail prices range from 60 euros for flower earrings to 1,500 euros for a necklace.

Inspiration: “Designs that are original yet simple and functional, and that go with any mood, from casual to chic.” The Seoul, Korea-based brand, which has its own factory, also offers vegan versions of each model.

Key styles: Minimalist handbags in quality, oily leathers and lightweight, unlined weekend bags in a mix of canvas and leather. 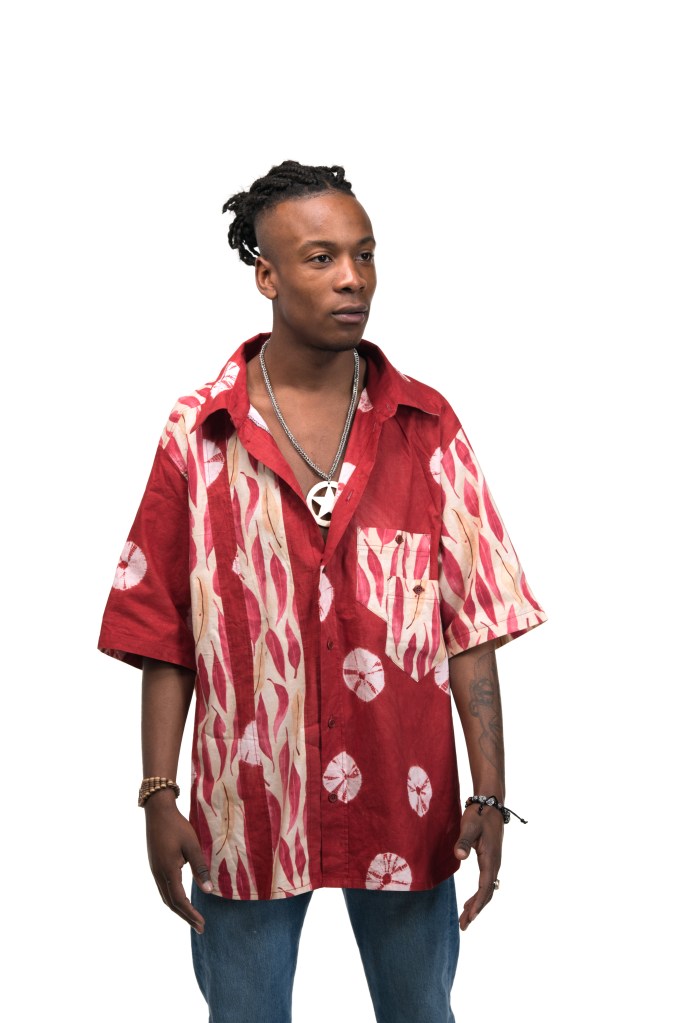 Inspiration: The Hamburg-based young designer is inspired by the influence of humans on nature and works with a lot of recycled fabrics.

Inspiration: The Romans-sur-Isère-based brand specializes in denim entirely made in France, from the spinning of the thread to the weaving, dyeing, cutting and sewing of the jeans.

Key styles: The Inversé jean, made from the brand’s signature denim flipped inside out, and the Infini model, made from recycled denim that can be returned to the shop and recycled anew.

Inspiration: Launching at Bijorhca Paris, timed with the 500th anniversary of the French Renaissance — “when the first stone of the Château de Chambord was laid” — the label was founded by Florence Buhler, a bead weaving specialist who has produced jewelry lines for a number of museums and French establishments including the Louvre and the Domaine de Chantilly. It takes its inspiration from art and history.

Prices: Wholesale prices range from 14 euros for earrings to 70 euros for a necklace.