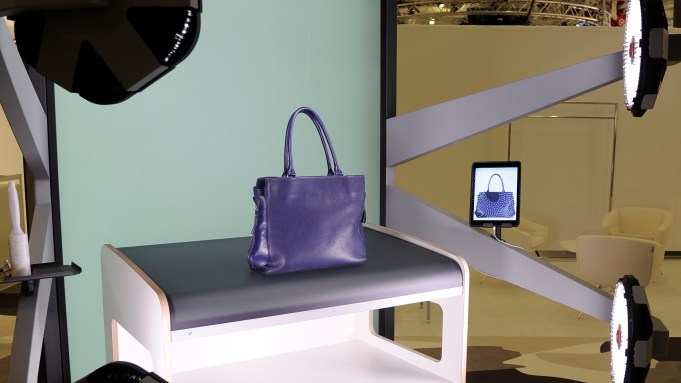 Visitor numbers at the sister shows, held at Le Bourget from Sept. 12-15, fell 4.6 percent, according to Messe Frankfurt France, a decrease the event organizer described as “limited given the circumstances.”

On the ground, many exhibitors bemoaned the lack of traffic. “It’s very quiet, because of terrorism and the economy,” said Mozart Tseng, chairman of leading China-based Tencel specialist Mozartex. “Our business is down compared with 2015. China has overcapacity, and making a profit is difficult because there is too much competition. Everybody is trying to push prices down.”

Chinese exhibitors, which represented 61 percent of Texworld’s offer, were not the only ones suffering. First-time exhibitor Siltec Trading, from South Korea, was looking to boost business from Europe in the face of the slowdown in Asia and other markets. South Korean exhibitors at Texworld numbered 80, eight times more than a year ago.

“We need to find new buyers because the market is not good,” said Siltec director Jaeyoon Sang. “We mostly export to the Middle East and Asia. With the political situation in the Middle East and the drop in petrol prices, demand for silk is declining.” The company’s printed silks sell for around $16 per meter.

Organizers noted that recent visa restrictions had an impact on international visitors, especially from Turkey, as did certain countries advising their citizens not to travel to France due to terrorism fears.

Despite this, both Texworld and Apparel Sourcing saw significant increases in exhibitor numbers. At the former, the number of participating companies rose 4.5 percent to 987. “It proves that there is still dynamism on this market,” observed Messe Frankfurt France chief executive officer Michael Scherpe, saying exhibitors he had spoken to were satisfied with business conducted at the show.

“Those exhibitors that succeeded in creating new ranges and innovative products nevertheless felt the dynamism of the market,” stated Messe Frankfurt France, a sentiment mirrored by certain exhibitors.

“This show has been good. When you show some new things and different ways of doing things, this is what people like,” said Arthur Fuchs, European representative for China-based synthetic fur specialist Ecopel (HX) Company. The company is seeing growing demand from high-end customers — its clients include Chloé, Prada and Saint Laurent — looking for ethical alternatives to fur, which is driving business across the board, he said. “Once these companies show fake fur, it means it is in fashion. This also pushes us to be more creative,” he explained. The company was showcasing double-faced furs with a patchwork effect as well as tartan furs, for example, with prices ranging from $12-$18 per meter.

The third edition of Avantex, dedicated to technological advances related to textiles, highlighted several innovative concepts. These included Dutch firm Styleshoots, which offers an all-in-one photo studio for fashion e-commerce, that includes Zalando and Marks & Spencer among its customers, present via its French distributor.

Swedish company Coloreel debuted its Embroline attachment for embroidery machines that it claims will be a game-changer offering on-demand thread coloring, removing the need to change reels to change the color of stitching, saving time and improving quality.

Also at Avantex, Taiwan-based Green Defence showcased its innovative anti-bacterial fabrics that incorporate cinnamon and almond waste. “It’s very different from existing anti-bacterial fibers, which use chemical or heavy metal components,” explained marketing and commercial manager Emily Chang. The technology was introduced last year, and the firm is currently working with companies including Unifi and Hugo Boss to bring its textiles to market. Chang said the firm was satisfied with attendance at the show, and had seen potential customers including French sportswear giant Decathlon. “We have met a lot of our target customers and are confident about orders,” she said.

At the new Elite section of Texworld, designed by Olivier Lapidus and showcasing 22 mills in a more high-end environment, exhibitors included Turkish silk producer Mert Ipek. “We’re quite happy, it’s been busy,” said sales executive Tuğba Mert. “Some new big customers came, including Mango.” Buyers had been picking up the company’s printed and sand-washed silks, she said, priced at around $14-$16 per meter.

At Apparel Sourcing, exhibitor numbers rose 37.5 percent to 541, and several said attendance had been stronger than at previous editions. “It’s been better than last season, there were more visitors,” said Bart de Smet, sales agent for Swedish outerwear manufacturer House of Saki. “I’ve seen a lot of people from France and South America.”

He nevertheless described the business climate as difficult. “The habit of buying clothes has changed. Consumers have a lot of costs they didn’t have before, like [technology] and traveling, while wages have not gone up. Clothing has become less important. Also, there is no fashion, you can wear what you want; there are no real trends. Because of the crisis, no one [in the industry] wants to take risks.”

Trends at Apparel Sourcing included growth in the number of Chinese companies offering made-to-measure tailoring to retailers in a bid to diversify and counter the shift of value garment manufacturing to lower-cost markets in South Asia. One of these, F&A (HK) Tailoring Co., makes suits to order and ships within 10 days. “It’s very difficult to get the correct fit in department stores. We can do that for them,” explained general manager Tracy Chu. The company already counts Italy’s Coin and Spain’s Cortefiel among its customers, and is looking to target American department stores in the future.