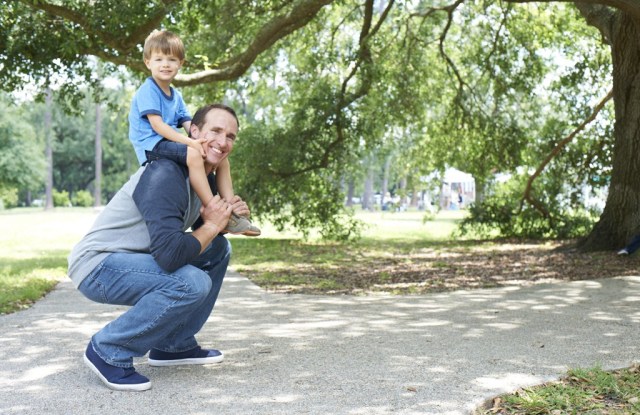 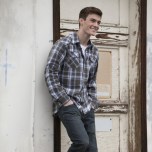 Add Wrangler to the list of companies with an eye to attracting the Millennial customer.

The jeanswear powerhouse, one of VF Corp.’s stable of five “billion-dollar brands,” on Thursday will introduce Wrangler Jeans Co. Red, a new assortment of jeans and sport shirts targeted at the younger man.

“It breaks the mold of what consumers expect from Wrangler,” said Craig Errington, vice president of marketing communication for VF Jeanswear. “It’s for fashion-forward men who are looking for relevant product but who are brand-conscious and value-driven. They want the look [of a designer jean], but they’re not willing or able to invest $80 on jeans or $60 on a shirt.”

The denim will be available in four fits — skinny, slim, straight and boot-cut — and the collection also features khaki or gray stretch twill in a straight fit or black or olive in a slim model. There will also be six long-sleeve, button-down shirts in plaid, twill and chambray.

The pants will feature oversize hardware; red stitching on the zipper fly, pockets and interior, and the brand name and fit will be screen-printed on the inside of the waistband.

Wrangler Red will be tested in mass-market retailers such as Wal-Mart Stores Inc. and Target Corp. beginning this fall with a plan to roll out nationally in 2015. “It’ll also be available online this fall and that should give us a great read on what styles people are buying,” Errington said.

To reach these consumers with the message about Red, Wrangler will focus primarily on digital and social media efforts. “Two-thirds of the marketing spend for our core customer is on TV and national print, but with Red, 75 to 80 percent will go into very geo-targeted e-mails and digital ads,” he explained.

At the same time, Wrangler is not forgetting its core shopper, the 40- to 60-year-old man. After extensive consumer research, the brand will also introduce Wrangler Advanced Comfort for fall.

“Comfort is the number-one purchase driver and, for fall, we’re taking comfort to the next level,” Errington said.

Wrangler Advanced Comfort offers jeans with four-way flex denim that “moves with you,” but the fibers boast 20 percent more durability. There is 1 percent Lycra spandex in the fabric and a waist that gives up to two inches. The jeans will be offered in regular and relaxed fits and will retail for about $20 at mass-market retailers including Wal-Mart, Kmart and Target.

Errington said Wrangler will be “putting big marketing dollars behind it” in stores, where signage will call out the key benefits. In addition, the company has enlisted New Orleans Saints quarterback Drew Brees to be the face of the brand. The ad campaign will start in the middle of August and have a “heavy run” in the third and fourth quarters, Errington said.

As part of a strategy of parent company VF Corp. to hold and expand market share through innovation, the launch of Advanced Comfort and Red mark the first significant product introductions by Wrangler in the last decade.

“They’re meant to grow the brand in a relevant way,” Errington said. “We have to make sure Wrangler is around for another 70 years.”