Fulgar, Linificio Canapificio Nazionale and Conceria Superior are committed to a greener approach to business.

Sustainability in fashion often stems from the sourcing of responsible materials, as many of the most polluting processes across the supply chain involve the early steps of yarns treatment, dyeing and washing, as well as weaving.

A number of Italian under-the-radar companies are upping the ante on eco-friendly processes — and products — in hope of reducing consumption of energy, water and chemicals, as well as with the aim of adapting to demand for greener products from both clients and consumers.

Located in Castel Goffredo, on the outskirts of Mantova, Italy, Fulgar is one such company. The man-made textiles specialist was founded in the Seventies in what was Italy’s undisputed hub for the production of hosiery, a category that’s been suffering, thus pushing the company to explore new segments, including fashion, sportswear and even footwear.

Specialized in the production of nylon 6.6, which boasts a range of features, such as resilience and elasticity, non-allergenic properties and resistance to mold, bacteria and insects, Fulgar has diversified its portfolio to include green textiles by enhancing the efficiency of its plant and handle multiple production lines at the same time through an investment of 2 million euros.

Fulgar’s foray into sustainability dates back to 1997, when it obtained the Standard 100 By Oeko-Tex Appendix 6 certification to which it plans to align its entire catalogue of products by the end of 2019. Other certifications have followed, including the Life Cycle Assessment.

The company currently produces 1.6 million kilos of yarn labeled as eco-friendly, out of overall production of 26 million kilos each year. “Our aim is to reach the 2 million kilos target in six to seven years,” said Alan Garosi, Fulgar’s marketing manager.

The first green yarn was developed in 2011 under the Q-Nova moniker. It comes from recycled nylon repurposed through mechanical processes, which avoid the use of chemical compounds and reduce the amount of water while also cutting down carbon emissions. Despite costing 25 percent more than traditional nylon, its demand has grown 100 percent year-over-year.

The fabric has obtained the Higg Index and EU-Ecolabel certifications, both assessing the environmental footprint of the product across the entire pipeline, as well as the Global Recycled Standard audit. According to Garosi, the company is pledging to implement an ID system to also trace the fabric. 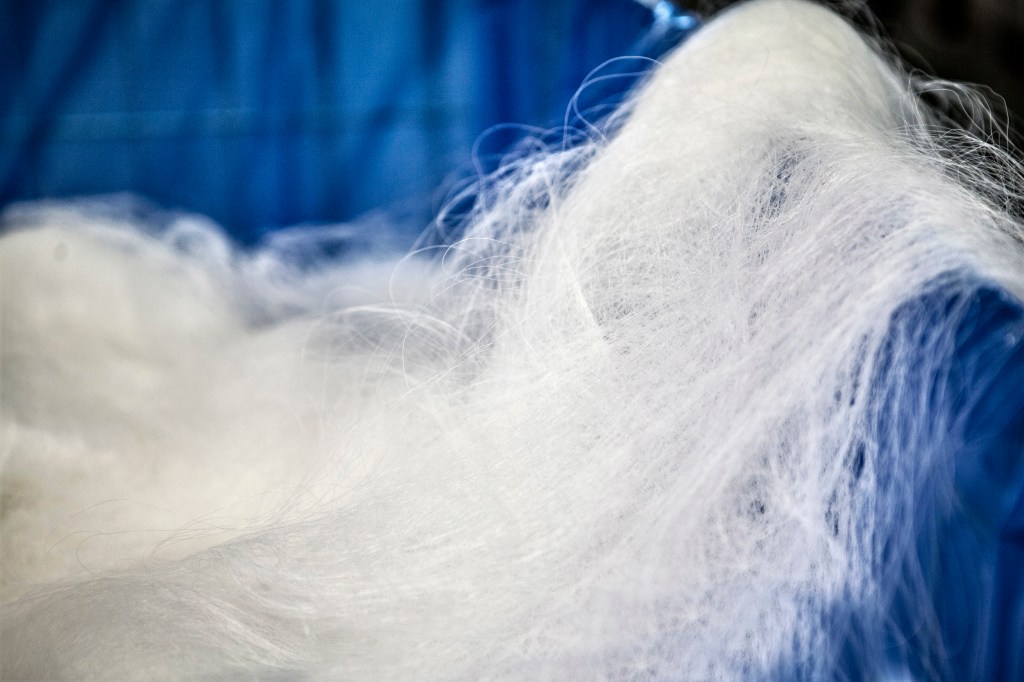 “A modern brand, which aims to address the sustainable conversation, needs to choose suppliers that can provide data on their commitment,” said Garosi, stressing the company’s focus on transparency, which it aims to extend also to its bio-based Evo nylon 10.10.

Made of India-sourced castor oil, which was selected to avoid taking raw materials from the food industry, the yarn is 25 percent lighter than traditional nylon and thanks to a reduced absorption of humidity it features odor-control qualities. Most recently, the textile specialist has also added the Amni Soul Eco collection in 2017 developed in partnership with Rhodia-Solvay. The nylon 6.6 yarn biodegrades in a five-year time frame in an anaerobic environment.

Fulgar, which closed 2018 with revenues of 220 million euros, is committed to “educating the entire supply chain, up to designers, so that we can gain a competitive advantage,” Garosi explained. To wit, designer Tiziano Guardini, the first recipient of the Franca Sozzani Green Carpet Challenge Award for best emerging designer in 2017, has introduced man-made fabrics in his collections after he started partnering with Fulgar two years ago.

Extending its sustainable commitment to its premises. Fulgar aims to increase the share of recycled post-industrial materials from the current 63 percent quota and to convert the lighting system from traditional to LED for its Italian premises, which cover a 10,763-square-foot area across seven buildings. Other production sites are located in Sri Lanka and Serbia.

“Our investments have targeted efficiency and optimization aimed at reducing costs and energy consumption, but it turned out this had a positive impact on the environment, too,” Garosi explained.

A similar intent to revive the territory where it is based was behind the decision of the Linificio Canapificio Nazionale linen and hemp yarn and textile maker to this year reestablish a linen plantation in Val Brembana, a valley around Bergamo. The area was traditionally associated with the cultivation of those natural fibers, before they were outsourced to other European countries 60 to 70 years ago.

“I started by questioning why this company has been a leader in its sector for almost 150 years and I was impressed by the extraordinary ability to link and grow with the territory,” explained Pierluigi Fusco Girard, chief executive officer of the company, which is owned by the Marzotto Group. In 2018 Linificio Canapificio Nazionale closed with a turnover of 47 million euros, up 20 percent compared to the previous year and Fusco Girard expects sales to register low-single-digit growth in 2019.

Fusco Girard stressed the sustainability of the fiber itself as among a driver in sales as cultivation of linen requires small amounts of water and chemicals and “the amount of carbon dioxide produced for a linen garment totals 80 grams, which is equivalent to four sent e-mails,” the executive noted. Further underscoring its commitment, the company has obtained the GOTS certification on its Bioflax organic linen yarns.

Other certifications include the Standard 100 By Oeko-Tex and the Masters of Linen audits, the latter issued by the Confédération Européenne Lin et Chanvre and applicable to European producers of linen and hemp. Despite acknowledging the value of certifications, Fusco Girard said “they represent first and foremost a seal on the constant work that has been done.”

The Villa D’Almè, Bergamo-based plantation covering 215,278 square feet is expected to produce around 1,000 kilograms of linen fiber each year, representing a small amount of the company’s overall production. Albini Group and Martinelli Ginetto have already secured exclusively those yarns for their textile and upholstery collections, respectively. 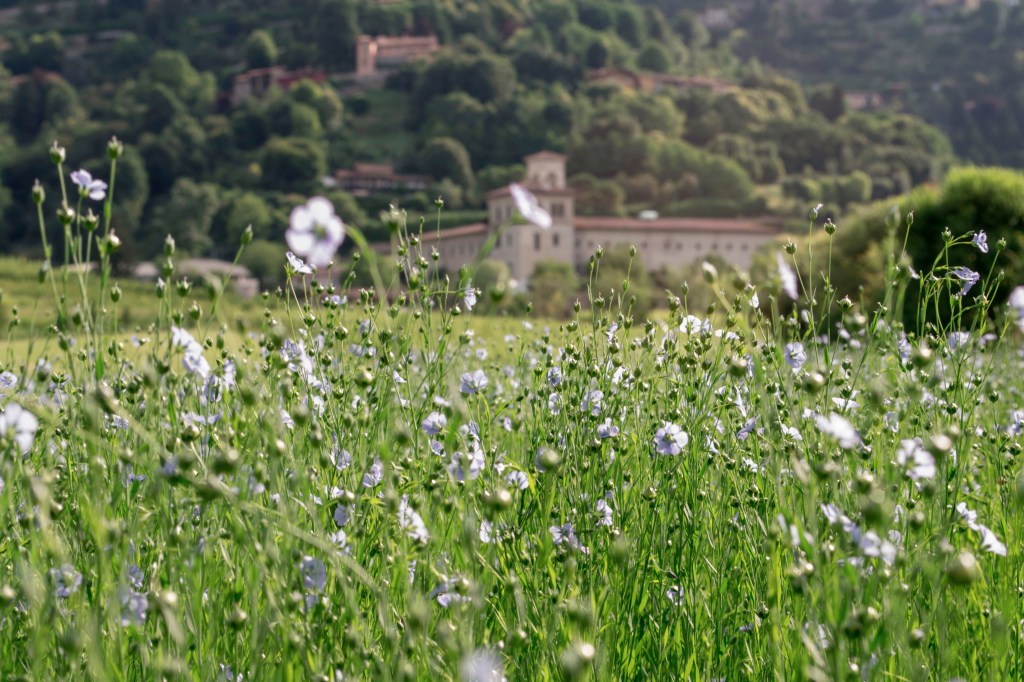 Stepping up the game to be sustainable also process-wise, Linificio Canapificio Nazionale is looking to the circular economy, especially as it aims to reduce its production wastes almost entirely, with scraps sold to other industries. It boasts an internal unit called Linimpianti for the design and development of the machines it employs.

The company also allocated last year around 200,000 euros to reduce its energy and methane gas consumption by 10 percent and 7 percent, respectively, while also supplying 35 percent of its energy from renewable sources.

A strong R&D approach is also core to Conceria Superior, a leather tannery based in Santa Croce sull’Arno, in the Tuscan region’s leather tanning district. In 2018 alone, the company earmarked 700,000 euros to enhance the innovative trait in its collections.

Among its high-tech solutions, Conceria Superior is targeting the wet phase of leather processing, developing treatments that enhance the leather hides’ ability to absorb chemicals and thus reducing the amount it uses. They include an ultrasound system — developed in collaboration with Pisa’s university institution Scuola Superiore Normale — that addresses the re-tanning step and reduced the amount of chrome-based chemicals employed and a nitrogen-based finishing technique, for a less humid environment and therefore a more efficient process. 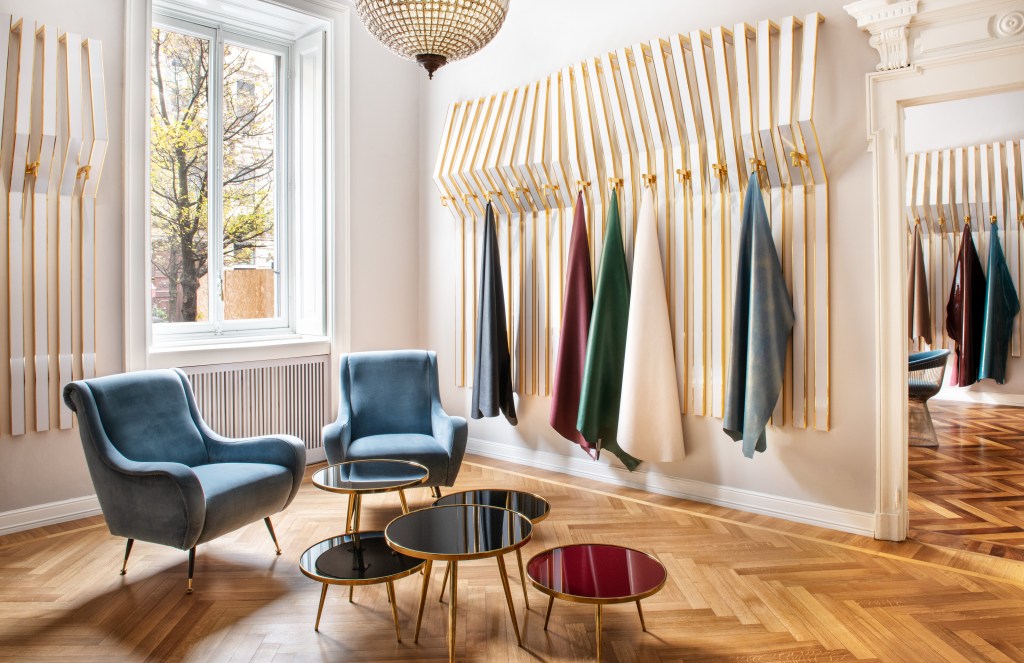 Carlo Trentin, a Conceria Superior’s chemist responsible for the integrated management systems, explained the company aims to implement both innovations for at least 10 percent of its production line, with the first results in terms of business performance to be evaluated in mid-2020. Additionally, at the recent Blossom Première Vision trade show in Paris, the tannery debuted a range of metal-free leather hides, whose content in metals, including chrome, aluminum, titanium zirconium and iron, sits under the 0.1 percent share.

“Behind a luxury bag there’s often a wonderful process, which is unseen,” said Anna Wirz, the company’s chief financial officer. She noted that enhancing industrial efficiency was among the company’s goals, a process that eventually played a role in advancing the sustainable roadmap. “There are a lot of precise requests from the market, as well. Our clients often come to our premises and audit our processes,” she explained adding investments are paying off.

Process-wise, Conceria Superior has been committed to align with the UNI EN ISO 14001 and 9001 certifications, the principles of which span products, energy-saving, emissions and wastes. In order to adapt, the company has transitioned 90 percent of its lighting to LED illumination and reduced its carbon footprints and emissions, which are both 10 percent below the legally accepted limit.