Tommy Hilfiger’s latest fragrance masterbrand is an obvious departure for the beauty franchise. 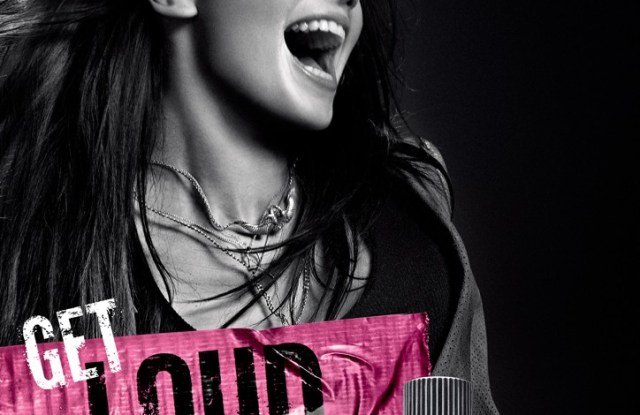 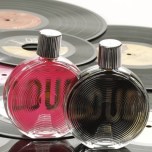 Tommy Hilfiger’s latest fragrance masterbrand, Loud, is an obvious departure for the designer’s 15-year-old beauty franchise — and one that could yield a payday of as much as $100 million in retail sales globally in the first year it is on counter.

Unlike earlier releases — most of which have featured all-American positioning and blonde, blue-eyed, rosy-cheeked models — Loud’s m.o. is decidedly downtown, as in the Palladium in the late Eighties. Built around a music proposition and aimed at Gen-Y users, the scent duo will be released in October in Europe and in the U.S. in the spring.

“In the years since our initial fragrance launch, our customer has really grown up,” said the designer in an exclusive phone interview with WWD on Thursday, noting his classic fragrance business has become aligned with his collection and sport apparel lines, while Loud will be targeted at the same young and edgy consumers who purchase his denim. “We wanted to make sure that we stayed connected to that consumer, but we also wanted it to be authentic. We are talking to a generation that craves the newest — but they don’t want gimmicky and fake. We didn’t want something that professed to be a rock ’n’ roll fragrance — we wanted to have a real rock ’n’ roll fragrance, and to do that we had to develop it in a way that has never been done in fragrance before.”

That involved putting together a group of Gen-Y creative types who exemplified Hilfiger’s fashion, art, music and entertainment philosophy, which he refers to as the FAME team — the members of which were given the project concept and told to let their imaginations go. “It wasn’t about handing off briefs to different people and having them all working separately,” said Veronique Gabai-Pinsky, global brand president for Aramis and Designer Fragrances, BeautyBank and IdeaBank at the Estée Lauder Cos. Inc. Aramis and Designer Fragrances is Hilfiger’s scent licensee. “We briefed everyone at the same time, and they all worked together. Music is the universal language and we wanted it to be part of this launch. We wanted an authentic product. If we truly believe the creative process [of making fragrances] needs to be changed, we need to change it.”

Fabien Moreau, co-founder of The:Hours, a multiplatform music consultancy group that pairs music and advertising, became involved early on, bringing British rock duo The Ting Tings to the table. In addition to providing input on the fragrance, The Ting Tings — Katie White and Jules DeMartino — wrote a song, “We’re Not the Same,” which not only will be used in advertising and promotion for the fragrances, but will be sold through iTunes and included on The Ting Tings’ next album, as well.

“That’s never been done in fragrance before,” said Hilfiger. “Lots of times, fragrance campaigns involve licensed music, but this isn’t just a campaign song — it’s a song that will be on the group’s next album. And it’s perfect, because the song is called ‘We’re Not the Same’ — and this fragrance launch is not the same old thing, either.”

That was part of what excited the group, said Moreau: “This isn’t about product placement for The Ting Tings. They had input on the scent and the direction of the commercial and wrote an exclusive song for use in the commercial.…We felt they connected with the Loud brand because of their sound and their look. We knew that it was going to be a very authentic partnership.”

Aurelien Guichard and Yann Vasnier of Givaudan concocted the juice with input from the rest of the group, which included designer Chad Lavigne and photographer Francesco Carrozzini. Loud for Her and Loud for Him are built around rose and patchouli notes. “When I had my hippie boutique in the Seventies, [patchouli] was the oil of choice,” Hilfiger said with a laugh. “It was the choice of all of the people of the Woodstock generation. I wanted to reinterpret it and reintroduce it in a new way.”

The women’s version adds lychee to the rose top note, and finishes with patchouli, while the men’s juice is primarily patchouli with a hint of rose — unusual in a men’s fragrance, pointed out Trudi Loren, vice president of corporate fragrance development worldwide for the Estée Lauder Cos.

Lavigne and his team designed bottles that resemble records — pink for the women’s scent, transparent black for the men’s, with caps that look similar to stereo knobs — and kept the record theme going through the advertising and promotional campaign, which includes a “club package” with hand stamps with Loud-scented ink, concert ticket blotters for in-store sampling and scented wristbands.

TV, print and online campaigns are planned, featuring Daisy Lowe and Josh Beech, said Diane Kim, senior vice president of global marketing for Tommy Hilfiger, Donna Karan, DKNY, Michael Kors and Missoni at Lauder. “Print is the cherry on the cake for this campaign,” said Kim, noting that the TV, Internet, digital and outdoor components all incorporate a strip of duct tape with the word “Loud” scrawled across it into the ads. The print will have the same tape visual, which is intended to be ripped off to reveal the scented strip.

The scent will be available in about 8,000 doors in Europe. U.S. distribution is not final, although the fragrance is expected to be carried in about 500 department and specialty store doors.