The company is taking the green concept in sustainable fibers to a new level. 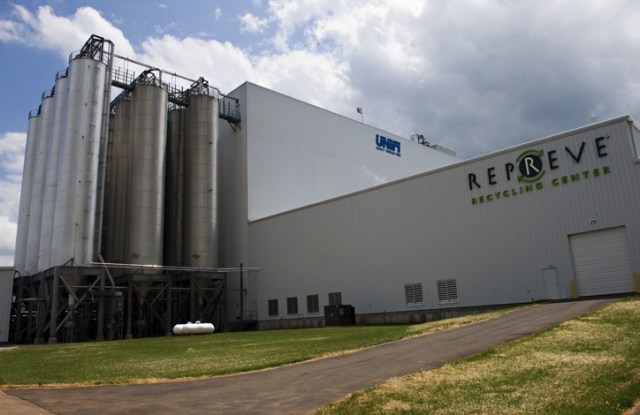 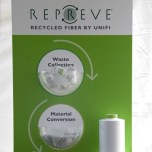 WASHINGTON — Unifi Inc., a producer of multifilament polyester and nylon textured yarns, is taking the green concept in sustainable fibers to a new level.

The company, based in Greensboro, N.C., is expanding its recycling business and using its own industrial waste and millions of plastic water bottles to produce the Repreve line of polyester and nylon fibers, at the same time as it incorporates environmentally friendly features in a new state-of-the-art facility. Unifi plans to invest in using recycled fabrics and garments in the Repreve line in the near future.

In an era when the Obama administration is beseeching companies to reinvest and hire people to jump-start a weak economy, Unifi has answered the call. The company has invested $8 million in a new 50,000-square-foot recycling facility in Yadkinville, N.C., that opened in May and created 25 jobs. The facility is expected to produce 40 million to 45 million pounds of recycled filament annually.

It also boasts sustainable building features, such as 67 skylights, sensor technology controls to reduce energy use by light fixtures and recycled building materials.

“When we get to full capacity in the near future, we will be recycling 400 million water bottles annually,” said Bill Jasper, president and chief executive officer of Unifi, adding that 16 million gallons of gasoline will be conserved. “Under the Repreve umbrella, we have 10 to 11 product lines that have evolved since 2006, and it has given us the flexibility to grow. We have been able to combine different technologies to produce recycled moisture management products, for example, which is a big differentiator for us.”

Several brands and retailers already use the Repreve line, including Patagonia, REI, Haggar, H&M, Marks & Spencer, Target, Wal-Mart and Columbia Sportswear, according to a company spokeswoman. The filament is also used in automotive, seating and paneling fabrics.

“The Repreve product is found in iconic products such as the Denali North Face jacket, and we have a significant program with Haggar in a number of men’s dress pants,” Jasper said.

With the new facility, Unifi’s next frontier will be recycling fabrics and garments, Jasper said.

“We’ll start with fabrics from cut-and-sew operations and recycle them into first grade yarns sometime this year,” he added. “Garments might be a year or two down the road.”