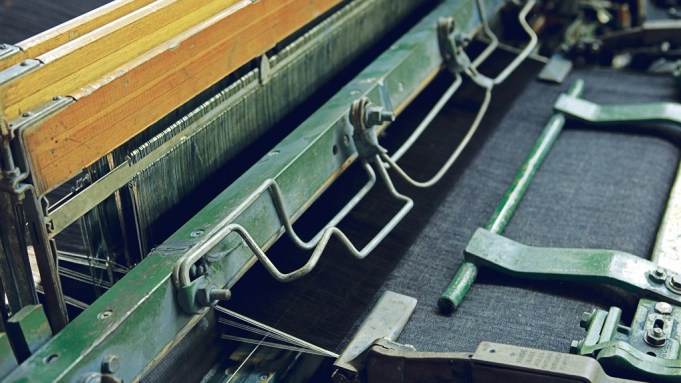 The U.S. textile industry has gone from near extinction to a viable alternative to foreign sourcing.

It’s been given a fresh start by a confluence of events — rising labor costs in China, new buying patterns brought about by the Great Recession, innovation in production machinery, more-competitive energy costs and Wal-Mart’s Made in America push.

About 650 textile plants closed in the U.S. between 1997 and 2009, according to the National Council of Textile Organizations, costing hundreds of thousands of American jobs. Now, these shifting trade winds have resulted in a rebirth. Some 65 textile-related projects in the U.S. with an investment value in excess of $1.39 billion, including 32 projects worth $999 million in Georgia and North Carolina alone, are in the works, according to NCTO.

As a result of a multiyear commitment from Wal-Mart and with the support of SelectUSA — a federal initiative to promote and facilitate investment in the U.S. — Richelieu Group, a Canadian legwear company, is investing $24 million to retool a plant in Hildebran, N.C., into a state-of-the-art facility that will re-shore production and create 200 to 400 new jobs. The new facility will manufacture socks to be sold in the U.S., Canada, Mexico and South Korea.

The rebirth in U.S.-made apparel and textiles is often called Made in the Americas, since duty-free pacts such as the North American and Central American Free Trade Agreements, and several bilateral FTAs, have stimulated business. Exports of all textile products were nearly $17.9 billion in 2013, with nearly two-thirds going to Western Hemisphere free-trade partners.

David Sasso, vice president of international sales at Buhler Quality Yarns, said, “For us, domestic sales are growing but slowly, mainly because the L.A. market is flat, but our export business continues to be strong, notably in South America and the CAFTA countries.”

Sasso said Buhler’s exports to China have grown in the past year, and the company is also seeing a increase in shipments to Vietnam. He said that’s one reason Buhler is not concerned about the Trans-Pacific Partnership agreement being negotiated. The domestic textile industry has been lobbying for a yarn-forward rule of origin, but Sasso said, “You have to find out who the players are in that country and how you can develop a business with them. If you can offer something different that they can’t get in their own market, then you can take advantage of the opportunity.”

He said Wal-Mart’s commitment to Made in America has definitely been spurring business and Buhler is prepared to be part of it.

David Roshan, president of Laguna Fabrics in Los Angeles, which along with Buhler was part of a contingent of 10 U.S. mills participating in the Texworld USA summer show, said, “Our business is great and has been for the past year. We sell mostly to the contemporary market in Los Angeles, but also a lot to Mexico and Central America. We get a lot of inquiries from brands and retailers who say, ‘We want Made in America.’’’

Made in America was inherent to the brand DNA for Ramblers Way Farm, founded by Tom Chappell, the creator of Tom’s of Maine toothpaste and deodorant. The firm’s luxury apparel is vertically manufactured in the U.S. — from Rambouillet sheep and pima cotton fabric to the fabric mill and sewing facilities.

“It was an essential decision that if sustainability was to be our core value, it had to be Made in America,” Chappell said. “You can’t buy fabric made in China and expect to be boasting about sustainability. To me, the only way you could have strategic flexibility and ensure that you’re grounded in the elements that you want, is to have control of the fabric and garment construction.”

Chappell said since the company’s marketing is aimed at independent specialty stores, the Made in USA philosophy has been an easy sell.

“They’re looking for Made in America product,” he said. “They want to be able to tell their customer that they have it. When you go to more-corporate companies, they care less about Made in America and sustainability. They’re looking for price points and bottom line. But the groundswell is coming from consumers, and they are influencing the independent boutiques, and we’re in 500 of them across the country.”

The educated consumer makes the connection between where and what they buy and how it impacts their lives, Chappell noted.

“The notion of local, which began with food, is spread to those consumers,” he said. “I introduced natural toothpaste in 1970 and look what’s happened to natural today. I think the same thing is going to happen to sustainable and Made in America products. It’s going to ultimately be pervasive. I don’t think trying to solve problems in Bangladesh with better regulatory oversight is the solution. We have to come to full grip that making a product in America costs more money than to make it elsewhere and that’s the price of improving your neighborhood, your community and your country. As it swells, the margins and prices will come down, just like it did in natural.”

He said, for example, when Rambler’s Way started nearly five years ago, it sold a Henley wool shirt for $60 wholesale and now it’s able to sell it for $45.

Chappell said there have been challenges, including finding the right people to produce the clothes.

“We have to be very patient and very creative in training sewers because it can be like finding a needle in a haystack,” Chappell added. “We have had to find cut-and-sew operations in places like Allentown, Pa., and Manhattan to help reinforce the manufacturing requirements. But there’s no wavering in our commitment to sustainability and Made in America, and we’ve been able to make it work and be successful.”

While all agree that U.S. apparel and textile manufacturing will never be what it once was a generation ago, the re-shoring that began a few years ago with niche products is paving a broader path. In a recent survey of 29 of the largest U.S. apparel retailers, brands, textile firms, and importers and wholesalers, 55 percent said they plan to increase their production in the U.S. in the next two years, and 77 percent said they already source products in the country.

While International Textile Group has global production and distribution, the core of the company is in the U.S. and the revival of Made in America manufacturing has played into its strength.

“If you look at us overall, including our government contract business with our Raeford division, which is the single provider of worsted wool military dress uniforms for the U.S. military, we’ve always had Made in USA as an important part of our business,” said chief executive officer Ken Kunberger. “There’s been quite a resurgence in denim, too, with more production moving back into this hemisphere.”

“We’ve had a multitude of customers drive that Made in America concept over the last couple of years with White Oak and co-branding White Oak into the mix,” Kunberger said.

Peter Baumann, senior vice president of merchandising for Burlington Men’s Wear, said, “Burlington’s new collection of fine worsted fabrics opens up exciting opportunities for Made in America better apparel. Fine worsted fabrics are a pillar to creating contemporary classic styling, but more recently these fabrics have not been produced in the United States. With our new Just U.S. worsteds, made in Cordova and Raeford, N.C., designers and brands can now reconnect the heritage of classic men’s dress with modern constructions and colorways for performance and year-round comfort.”

An NCTO report showed the domestic textile industry has increased productivity 24 percent over the last 10 years. An important part of that has come through greater automation, especially among spinners and knitters. Unifi Inc. expanded its four-year-old Repreve Recycling Center in Yadkinville, N.C., this year, with annual capacity growing to 72 million pounds from 42 million pounds. The expansion created 10 new jobs, and is part of a $15 million investment in the Repreve facility.

Roger Berrier, president and chief operating officer of Unifi, in a conference call discussing the company’s year-end results, said, “There’s been much talk over the past few years about brands and retailers placing more programs into the region, and over the last six to nine months, we’ve started to see the conversation turn into reality. Rising cost from China combined with infrastructure growth in the CAFTA region have given brands and retailers the confidence needed to place more apparel production into the region, which in turn is helping them maximize cash flow as they enjoyed the benefits of lower-volume commitments and quicker turn times.”

One company that has arisen out of the revival is Makers Row, which connects small businesses and U.S.-based manufacturers through a comprehensive database and networking opportunities. Cofounder Matthew Burnett said the New York-based company has 5,000 manufacturers, material suppliers and pattern makers registered connected to 40,000 brands trying to produce in the U.S.

“Not everybody is shifting everything back here, it’s not going to be that quick,” Burnett said. “A lot of them are just testing the waters, but…once these people start to develop their businesses, they find that the cost of labor is balanced by the cost of shipping and the shipping time.…The turnaround time is the main reason they’re looking for domestic manufacturing and they’re able to produce a lot smaller quantities at a time, so it’s a lot safer for them. We want to help create opportunities for these American manufacturers to find these brands and for these brands to find these American manufacturers.”