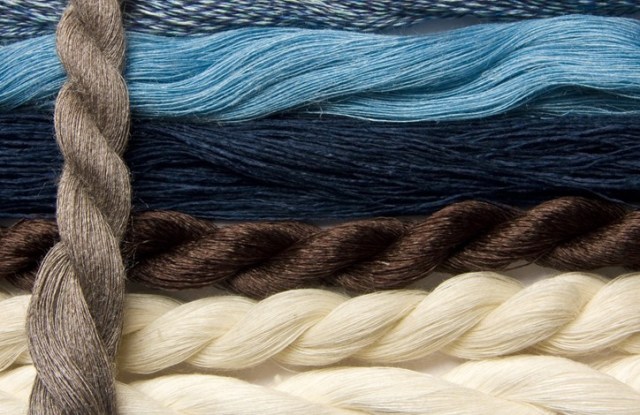 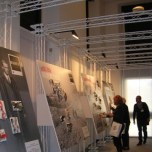 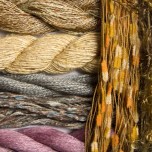 The 32nd edition of the fair ended its two-day run at the Stelline Congress Center on Thursday and featured 86 exhibitors, compared with 80 exhibitors at the March edition. Attendance remained flat at 2,700 visitors.

Mills emphasized yarns for spring-summer 2011, which helped create the illusion of movement when woven. Botto Poala, a Biella-based spinner that produces worsted yarns for weaving and knitting, offered a new range of Cape Town fibers in mohair and silk mixes in denim-inspired, two-tone midnight blue.

In color trends, soft pastels were as bold as colors got for many spinners.

“When there is a crisis, colors return to the classic and we’re seeing a revival of many yarns,” she said. “It’s a three-year cycle.”

At Florence-based Luigi Boldrini there was a renewed demand for velvet fancy yarns such as chenille.

“It’s been a while since chenille’s last appearance, and so the market is revisiting it again,” said a sales manager.

Lurex, the U.K.-based leader in metallized effect yarns, showcased an extremely soft, fine range of yarns for a next to the skin application. The brand’s new DPC range yarns consist of a transparent dyed polyester film that offers garments a unique colored luster and transparency, in a range of colors including soft summer hues.

“We are a fashion-related company, and so the last year has been difficult, but I believe the market has reached a plateau,” said Giovanni Tessari, Lurex’s Italian sales manager. “We’re hoping to raise our profile again over the next few seasons.”

There were some new novelties alongside the classics and the reinvention of trends. Biella-based Safil introduced mercerized wool yarn.

“The machine washable yarn has a soft handle,” said Cesare Sacio, the company’s president. “The market is used to mercerized cotton, but wool is something new.”

Italian silk manufacturer Nembri Industrie Tessili unveiled silk yarn finishes in a bid to diversify from its traditional business of supplying silk yarns for luxury neck wear. To target the apparel market, Tessili offered a “lacquered silk” that reflects light and enriches surface effects for printing. This was showcased alongside a range of silk yarns mixed with fine jersey that offer a voluminous handle and mixed silk yarns that create piquet effects.