Camuto died at his home in Greenwich, Conn., Wednesday at age 78 surrounded by his wife and five children.

By Lisa Lockwood and Donna Heiderstadt on January 21, 2015
View Slideshow 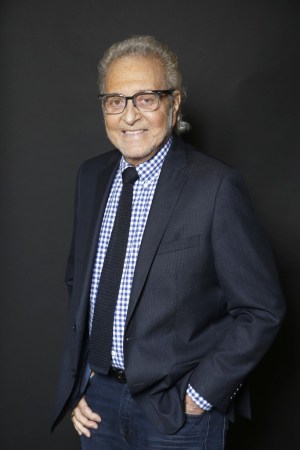 Vince Camuto, a longtime fixture in the fashion and accessories businesses, died at his home in Greenwich, Conn., Wednesday at age 78 surrounded by his wife and five children. The cause of death was cancer.

Camuto was one of the pioneering founders of the Nine West footwear line, along with former business partner, Jerome Fisher. In recent years, Camuto expanded dramatically and built a multibillion-dollar empire consisting of a number of brands across a wide range of categories, as well as his own concept stores.

He began his career at 18, handling customer complaints at I. Miller. By his mid-30s, he had partnered with Fisher to found the Nine West Group in 1978. That company, which he and Fisher took public in 1993 and sold to the Jones Group Inc. for nearly $900 million in 1999, was one of the nation’s dominant and most successful footwear brands throughout the Eighties and Nineties.

“I really listened and learned, especially from the women. They told you what they liked, what they didn’t like,” said Camuto of his humble retail beginnings helping women with painful shoes and slipping heels.

With his latest success, he still always had his customer in mind. “We don’t think that we can fool her. We give her the best value,” he said.

Camuto had a two-year non-compete after the sale of Nine West and was forced to wait for that to expire before starting to develop other footwear collections. He began by doing so for Dillard’s. He turned his attention to his namesake brand and launched the Jessica Simpson brand, which in 2014 rang up more than $1 billion in sales through 32 categories of business, separate from the Camuto brands.

Known for being both fashion-forward and accessible, Camuto’s namesake brands are sold by major retailers across the U.S., in addition to 30 Camuto-owned specialty stores. The private company did about 10 percent of its business overseas last year, with stores in 62 countries, including Mexico, the Dominican Republic, Costa Rica, Panama, England, Ireland, Egypt, Saudi Arabia, United Arab Emirates, Ukraine, Israel, Singapore, Japan, the Philippines, Australia and Canada.

In mid-2014, Camuto told WWD, “Our motto is, ‘You can do whatever you want in this company and you can grow very quickly.’”

And he did just that. While other companies were weeding out licensees, Camuto expanded his initial footwear-based empire, signing on licensees for categories such as dresses, coats, jewelry, fragrance, scarves, belts, cold-weather accessories, watches, handbags, sunglasses, ready-to-wear and optical. In addition, the company developed a robust men’s program including shirts, sportswear, denim, tailored clothing, sunglasses, footwear, fragrance and ties.

Ariel Chaus, chief executive officer of Chaus Inc., which produces Camuto’s rtw, told WWD in July, “It’s definitely been a win-win. The business is doing great. Vince has been an amazing partner, and I’ve personally learned a lot from him.” He said when he was approached to become Camuto’s partner, Chaus called a major retailer who told him, “‘He [Camuto] has got the Midas touch.’”

Chaus added, “He has a great feel for product and is a merchant. He knows how to market and build a business. He’s always in the stores and pays attention to the customers. All of our brands have been growing substantially since we’ve partnered. The Vince Camuto brand has been growing extremely fast, and we’ve done it in a healthy way,” said Chaus.

Another one of Camuto’s major businesses is a footwear arrangement with Tory Burch, where Camuto Group designs, sources and collaborates with Burch. Camuto also has the license for BCBG Max Azria and Lucky Brand shoes, and does private-label shoes for Banana Republic, Ann Taylor and Dillard’s, among other retail partners.

Six months ago, Camuto talked enthusiastically to WWD about his passion for the business, why he had no plans to retire, sell or go public, and his overarching desire to build the company for his wife, Louise, 44, creative director, his five children, the 1,300 employees around the globe and his close-knit management team. At the time, he said he planned to reach the $2 billion mark within five years.

Born and raised in New York City, Camuto lost his father when he was two. He enjoyed spending time in the Hamptons and collecting French Impressionist art. He and his wife rebuilt Villa Maria, a 20,000-square-foot former convent in Water Mill, N.Y., over a five-year period, which was featured in Architectural Digest in 2013. He was also an avid supporter of charities, including St. Jude’s Hospital, the Leukemia Society of America and Ronald McDonald House.

Camuto was a devoted father. “My children are my proudest accomplishment,” he said, revealing that he launched his men’s lifestyle business in 2013 due to his son’s difficulty finding a well-fitting suit. “Even at the office, I feel like everyone is family. Family is what is most important to me.”