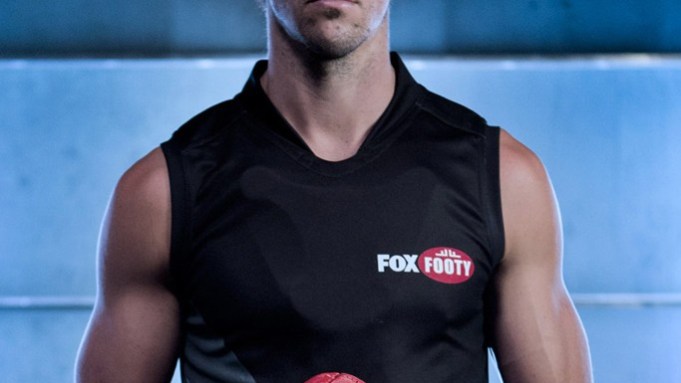 The soldiers in the wearable revolution are amassing.

And they’re a formidable force, from tech giants Intel Corp., Google Inc. and Apple Inc., to online retailers Net-a-porter and Amazon to brands such as Under Armour and Fossil.

While it’s not clear just how the wearable market will develop, what kind of longevity it will enjoy and how plugged-in consumers ultimately want to be, many are anticipating and preparing for dramatic growth.

The size of the market is difficult to quantify, but The NPD Group estimates that wearables racked up $475 million in sales for the last 12 months, based on the two categories it follows — smartwatches and full-body activity trackers. “I expect the market to double in size over the next 12 months given the interest from consumers, the number of companies entering the space, and the fact that Apple and Google have yet to release hardware into the consumer market,” said Ben Arnold, a senior analyst at NPD. “Big venture capital funds are seeing the potential for the appeal of these products and for these technologies at some time to become indispensable to people. They’re trying to tap into that.”

Credit Suisse IT Hardware analyst Kulbinder Garcha predicted that the market for wearable technology will increase tenfold to as much as $50 billion over the next three to five years.

“Our thinking on wearables is that they should absolutely go much beyond the fitness and sports focus they have,” said Aysegul Ildeniz, vice president and general manager of Intel’s New Devices Group. “It requires an understanding of why people would use wearables. It has to have a meaningful usage, connect them to their environment and be aesthetically pleasing. Consumers don’t want something that looks ugly and techy and plastic-y.”

There have been some setbacks in the sector.

Early iterations have tended to be clunky, more forward-looking than fashionable. Nike made some headway with a major rollout of its FuelBand fitness tracker, but was reported to have scaled back the team devoted to the product.

Still, consumers are growing more and more accustomed to be logged-in through a variety of smart devices.

“There will be 50 billion intelligent things in the world by 2020,” predicted Ildeniz. “In addition to items you wear, all the things in your house and office could be turned into intelligent products that talk to you.”

That’s a lot of things.

Ildeniz made it clear Intel is committed to the wearable category with a slew of projects in various stages of development, and other companies are ramping up in this area, as well.

Intel is working on smart audio headsets and other products that “would understand, in an artificial-intelligence manner, what you’re telling it.” There’s also smart earbuds that give biometric and fitness information to the wearer. “There’s a lot of audio and heart-rate linkage,” Ildeniz said. “Products that can coach you and tell you how much your rate is are increasing.” Intel’s big bet on wireless is the Quark-based technology Edison, an all-in-one chipset that can be used by inventors right out of the box. Intel reduced the size of Edison for a baby onesie that had sensors. The onesie communicated with a mother relaying the baby’s temperature, heart rate and sleep pattern.

A new class of wearables Intel is developing, code-named Gossamer, includes a shirt with sensors on the wrists that’s able to gauge heart rate. “This shirt could also say, ‘I am who I am’ and authenticate you” eliminating the need for IDs, Ildeniz said. “We’re doing our own research, [the results of which] will be weaved into fabrics and textiles.”

In March, the tech company purchased Basis, a fitness watchmaker that could be used to jump-start its smartwatch business. Sensors on the back of the watch track various physiological functions. The watch analyzes the data, giving recommendations for healthier living.

Intel has also formed a partnership with Opening Ceremony and Barneys New York. Opening Ceremony is designing smart fashion items, including a smart bracelet, which will be sold at Barneys by the end of the year. To help scale up the wearable world, Intel is connecting more than 400 designers who are members of the Council of Fashion Designers of America with a broad ecosystem of hardware and software developers that Intel has cultivated.

“We had two separate events with the L2 Think Tank where engineers and designers came together,” Ildeniz said. “I had 60 designers from the U.S. come and give us feedback about how wearables should be designed. They said they were incredibly interested in this area.” The June 3 breakfast/lunch salons drew brands such as Cartier, Chanel, Citizen, Cole Haan, Kate Spade, Marc Jacobs, Michael Kors, Rebecca Minkoff, Tommy Hilfiger, Tory Burch and Tourneau, among others, Ildeniz said.

NPD’s Arnold believes there’s much more to come from apparel and athletic companies. “Sports apparel companies are really interesting,” he said. “Take Under Armour. Innovation is in their DNA.”

In November, Under Armour purchased MapMyFitness, an app maker that uses GPS technology to help runners track their routes. The activewear maker has said it wants to serve as a digital hub for the measurement and analytics for all athletes.

“My expectation is that the app gets paired with hardware,” Arnold said. “Under Armour has a heart rate monitor and smartwatch. I’m expecting something else from them. The scale of the app [it purchased] will yield something with a consumer-facing product.”

And Apple has yet to enter the field, but is hotly anticipated.

The design-savvy tech firm is said to be developing an iWatch wearable computer as a fashion accessory and many expect its introduction this fall.

It looks like smartwatches will be among the most competitive categories in wearables.

Withings’ new Activité looks like a Swiss watch, if not for a small hand that tracks time and motion. The French company sent its designers to Baselworld to immerse themselves in the watch culture. Its launch had the requisite fashion tie-in with “Project Runway” judge Nina Garcia, who introduced the product and dubbed it the perfect marriage of fashion sophistication and technology.

“Fashion companies can have a big piece of this,” said Arnold. “It’s a matter of the market growing. We’ll see how it scales out.”

At Google’s I/O conference late last month, the tech giant introduced its Android Wear operating system. In addition to making smartwatches with Samsung, LG and Motorola, Google has a partnership with Fossil. “Google is a great partner, and we have been working closely to bring fashionable, lifestyle-oriented products to market with the Android Wear ecosystem,” said Greg McKelvey, Fossil’s chief strategy and technology officer. “Smartwatches are part of a broader wearable technology strategy for Fossil Group. We’re focused on integrating technology into our core business in ways that leverage our design capabilities, portfolio of iconic lifestyle brands and advantaged supply chain.”

As technology components such as sensors, chips and displays become increasingly miniaturized and prices continue to drop, apparel and jewelry have the potential to become tech-enabled, McKelvey said.

“We believe the design, brand, go-to-market and supply chain advantages that have made us successful in our core businesses are also ideally suited to integrating smart technology and bringing products to market,” he said. “Merging fashion and technology successfully is a difficult thing to do well, but we think we’re…positioned to deliver.”

“This is a pivotal year for wearables because the underlying building blocks of technology are there,” said Robin Raskin, founder of Living in Digital Times. “Young designers coming out of schools are used to working with die-cut machines and new fabrics. There’s mass customization. Young designers will incorporate new technology and fabrics.”

Billie Whitehouse, founder, director and designer of We:eX Wearable Experiments, has a background steeped in design and an enthusiasm for technology. She recently spent time at Manhattan’s Museum of Arts and Design doing a design residency with Shapeways, a 3-D printing company. “The 3-D printing community [is] equally into experimentation and they are excited to support the wearable businesses,” she said. We:eX already has a product launch under its belt. It produced 4,500 units of its Alert shirt for Fox Sports in Australia. The garment lets the wearer experience exactly what the players are feeling, including impact. A new Navigate jacket gets a person from point A to point B unimpeded by a phone or a map; the jacket taps out directions on the wearer’s back.

Merchants are also getting into the game.

Amazon launched a digital storefront devoted to wearables in April. And Net-a-porter is becoming a launch vehicle for high-end wearables, including Diane von Furstenberg’s Google Glass designs for $1,700, which launched late last month. Net-a-porter in the fall will sell an exclusive collection of smart jewelry from Kovert.

Kovert’s modular jewelry, priced at about $500, features technology encapsulated in precious or semiprecious stones that clip into rings, bracelets and necklaces. The jewelry vibrates when an important message is received. “At Kovert, we’re keen to see a world where technology is more discreet,” said chief executive officer Kate Unsworth. “We want to build features that empower people to disconnect and live in the moment. We’re at the intersection of two industries. Our strategy is to collaborate with existing brands and empower the fashion industry with our technology.”

Unsworth cited Acne, The Kooples and Alexander McQueen as brands that are complementary. “They can design collections in-house and we insert the technology,” she said. “We’re in discussions with a number of them at the moment.”

Net-a-sporter, the new sport-oriented sister of Net-a-porter, will launch Jawbone’s new Up 24 wireless smart band, which helps users understand how they move, eat and sleep so that they can make better choices. Jawbone has been flirting with fashion for some time. The company hired Juergen Teller to shoot an ad campaign for its Mini Jambox and during Jimmy Choo’s fall collection in February in Milan, Jawbone delivered smart bands to the stage crew and created a leader board to see who was getting the most sleep.

Another product, Ringly, which connects users to their phones and sends notifications through vibrations and light, also wants to share its technology with other brands. “The wearable category is in its infancy, especially jewelry and accessories that look like real jewelry and accessories,” said Christina Mercando, founder. “I come from a software background. Some people told me this was impossible. A lot of this technology came around in the last year or two.”

Now, it just remains to be seen if the consumer comes around to the new offerings.