Garment and accessories makers at the China Sourcing Fair said orders from the U.S. and Europe are slowly picking up or holding steady. 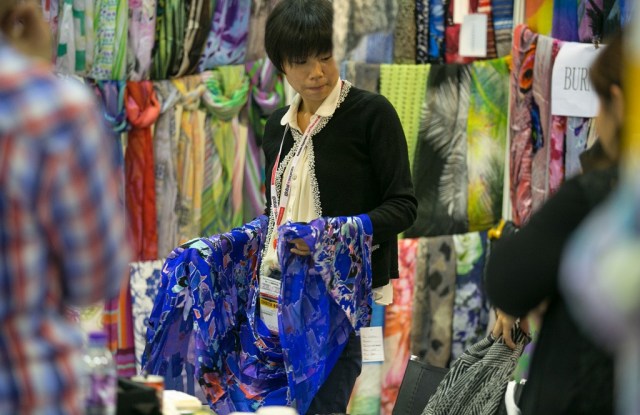 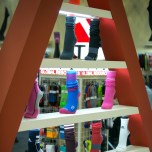 HONG KONG — Chinese garment and accessories makers at the China Sourcing Fair said orders from the U.S. and Europe are slowly picking up or holding steady as the economies show signs of improvement.

At the same time, they expect orders from Asian markets, which were expected to be an area of growth just two years ago, to slow down.

About 70 percent of Skyline’s sales are from the U.S., while 10 percent are from Mainland China. Ip said sales to the U.S. have been improving, but he expects sales to China will slow next year due to the weakening economy there.

It wasn’t only Chinese manufacturers that reported seeing the trend. James Chu of JM Caps Vietnam Co., which produces polyester caps and sportswear from factories in Vietnam, concurred that the market is focused on the U.S., Europe and Japan, with little business from the rest of Asia. That said, Vietnam is seeing more interest from Chinese retailers as a manufacturing hub, he noted, with a few Chinese brands building factories in the country because it’s cheaper than China, he said.

Ashwini Kariwala, executive director of Calcutta-based Anges Bags, said he had not seen much interest from Asian buyers, other than Japan and a few resorts in Malaysia and Singapore. The company, which makes printed jute bags as well as resortwear, exports primarily to the U.S. and Europe.

Meanwhile, the biggest challenge facing the company, Kariwala said, is the depreciating rupee. While the weakened currency is good for exports in the near term, longer term it causes a problem because energy costs for running the factory and transportation are staying high. The rupee has depreciated 11 percent against the dollar so far this year, providing a boost to the country’s outsourcing sector. At the same time, high oil prices, exacerbated by the depreciating rupee (India imports much of its energy) are proving a challenge.

Many Asian manufacturers have been trying to start their own brands as part of their efforts to move upstream and sell in the Asian market. Quite a few exhibitors showcased their own brands along with their full-package products, but brand marketing has proven difficult and vendors were still focused on their main manufacturing business.

Also, while most of the larger manufacturers have their own design and research and development teams, smaller manufacturers do not, said Michelle Zheng, chief executive officer of Dragon Group Ltd., a Shanghai-based manufacturer of hats, gloves and scarves. Dragon Group has its own designers, as well as two R&D centers, one in Shanghai and another in Paris. The company, which makes products for the likes of Esprit, Massimo Dutti and Emporio Armani, also designs and sells products under its own brand in China.