A limited-edition line of 18 styles will launch at the retailer’s stores beginning next week. 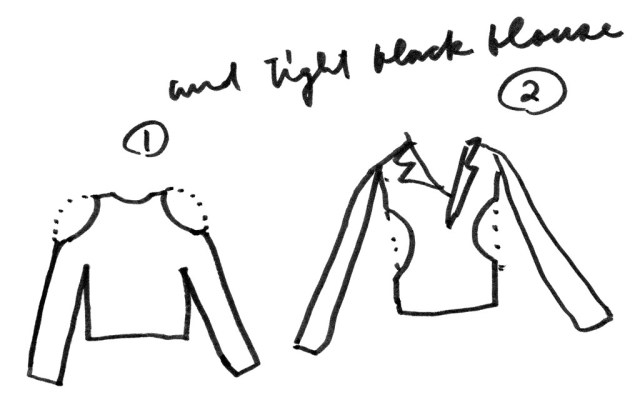 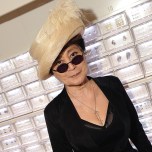 Yoko Ono has tried her hand at art, music, filmmaking and books — and now she’s bringing her idiosyncratic vision to men’s wear design. Ono has partnered with Opening Ceremony to create a limited-edition line of 18 styles that will launch at the retailer’s stores beginning next week.

The collection is based on a series of drawings titled “Fashions for Men” that Ono sketched as a gift for her late husband John Lennon on the occasion of their wedding in 1969. The artworks included playful renderings of tailored pieces, sportswear, footwear, headwear and other accessories, all of which have been compiled in a softcover book ($35) that will accompany the Opening Ceremony launch. The sketches are annotated with Ono’s instructions for colors, design flourishes and details.

This story first appeared in the November 21, 2012 issue of WWD. Subscribe Today.

“I was inspired to create ‘Fashions for Men’ amazed at how my man was looking so great. I felt it was a pity if we could not make clothes emphasizing his very sexy bod,” explained Ono of the original impetus for her designs 43 years ago, which are only now coming to fruition. “So, I made this whole series with love for his hot bod and gave it to him as a wedding present. You can imagine how he went wild and fell in love with me even more.”

Ono’s eccentricity and penchant for quirks are evident in the playful collection, which includes suit pants adorned with a hand cutout sewn over the crotch and a jersey pullover with eyelets cut out over the nipple region. A separate “lightbulb bra,” which is embedded with battery-operated light bulbs, can be worn underneath the pullover.

“I think she just fell in love with John’s body and wanted to show off all of the parts of his body that she loved,” said Humberto Leon, cofounder of Opening Ceremony. “There’s something so beautiful about that sentiment. And we’ve realized these designs in pretty actual terms of how she drew them.”

Each design in the Opening Ceremony line is produced in a run of 52 pieces, a number the numerology-prone Ono believes to be felicitous. However, there are larger runs of sweatshirts and posters decorated with Ono’s line drawings.

The hoodies will retail for $75 while a limited-edition eyelet tank top will retail for $150, a mesh pullover with circular cutouts for $145, wool suit trousers with the hand insignia for $335, a wool tailored blazer for $595 and the “lightbulb bra” for $250. There are two styles of boots, including a thigh-high design with an open toe and another with a conical incense holder at the toe, both retailing for $750.

Ono’s sketches from 1969 are childlike in their simplicity and humorous in their matter-of-fact approach to how men should dress. “Kneewear [for] when you have short pants or pants with special Yoko Ono knee holes on,” she noted of her knee pads decorated with a pair of eyes. Opening Ceremony produced those knee pads, as well as a jock strap, for the collection.

Other pieces, however, didn’t make it into production, such as underwear fashioned from a rigid mask. Another outfit, titled Dinnerwear, is comprised of just pants attached to a long lion’s tail in the rear. “Wear perfume on top,” advised Ono with the sketch, “also, dog leash optional and gloves.”

Leon and his business partner, Carol Lim — who are also creative directors of Paris-based Kenzo, a unit of LVMH Moët Hennessy Louis Vuitton — first met Ono when she attended the kick-off party for their Opening Ceremony flagship in Tokyo in 2009. “We really hit it off,” said Leon. “We loved the idea of sort of celebrating the holidays with Yoko with this collection.”