The Eight Must-See Moments From the 2020 Grammy Awards

Stars paid tribute to the late Kobe Bryant throughout the entire awards ceremony.

While the 2020 Grammy Awards highlighted the accomplishments of the music industries newest and brightest faces — Billie Eilish, Lizzo and Lil Nas X to name a few — the night was understandably overshadowed by the loss of retired NBA star Kobe Bryant.

News that the 41-year-old retired Lakers player and his 13-year-old daughter Gianna died early Sunday morning in a helicopter crash rocked the world of sports and celebrities and was the central focus of the 62nd annual Grammy Awards. Lizzo, who picked up three Grammy Awards, kicked off the night of tributes by stating, “tonight’s for Kobe,” before beginning her performance.

The somber mood of the 2020 Grammys telecast was balanced with a number of highlights, including 18-year-old Eilish becoming the first woman to take home the four biggest Grammy awards: Album, Record and Song of the Year and Best New Artist.

From tributes to Bryant and the late Nipsey Hussle to Ariana Grande’s and Demi Lovato’s Grammys returns, here are eight highlights from the 2020 Grammy Awards.

The 2020 Grammys were under the cloud of the sudden loss of Bryant, as the awards ceremony is held in the Los Angeles Staples Center, the same arena he called home during his 20-year career with the Lakers.

Host Alicia Keys addressed the news at the start of the awards ceremony, stating: “Here we are together on music’s biggest night celebrating the artists that do it best, but to be honest with you, we’re all feeling crazy sadness right now because earlier today Los Angeles, America and the whole wide world lost a hero, and we are literally standing here heartbroken in the house that Kobe Bryant built.”

She was then joined on stage by Boyz II Men for a salute to the late athlete.

Eilish indisputably had the best night at the 2020 Grammy Awards, becoming the first woman to win the Grammys four biggest awards. She is also the youngest artist to receive nominations for the four categories and won an additional Grammy Award for Best Pop Vocal Album. Eilish’s brother and producing partner, Finneas, also won five Grammy Awards, including one for Producer of the Year. 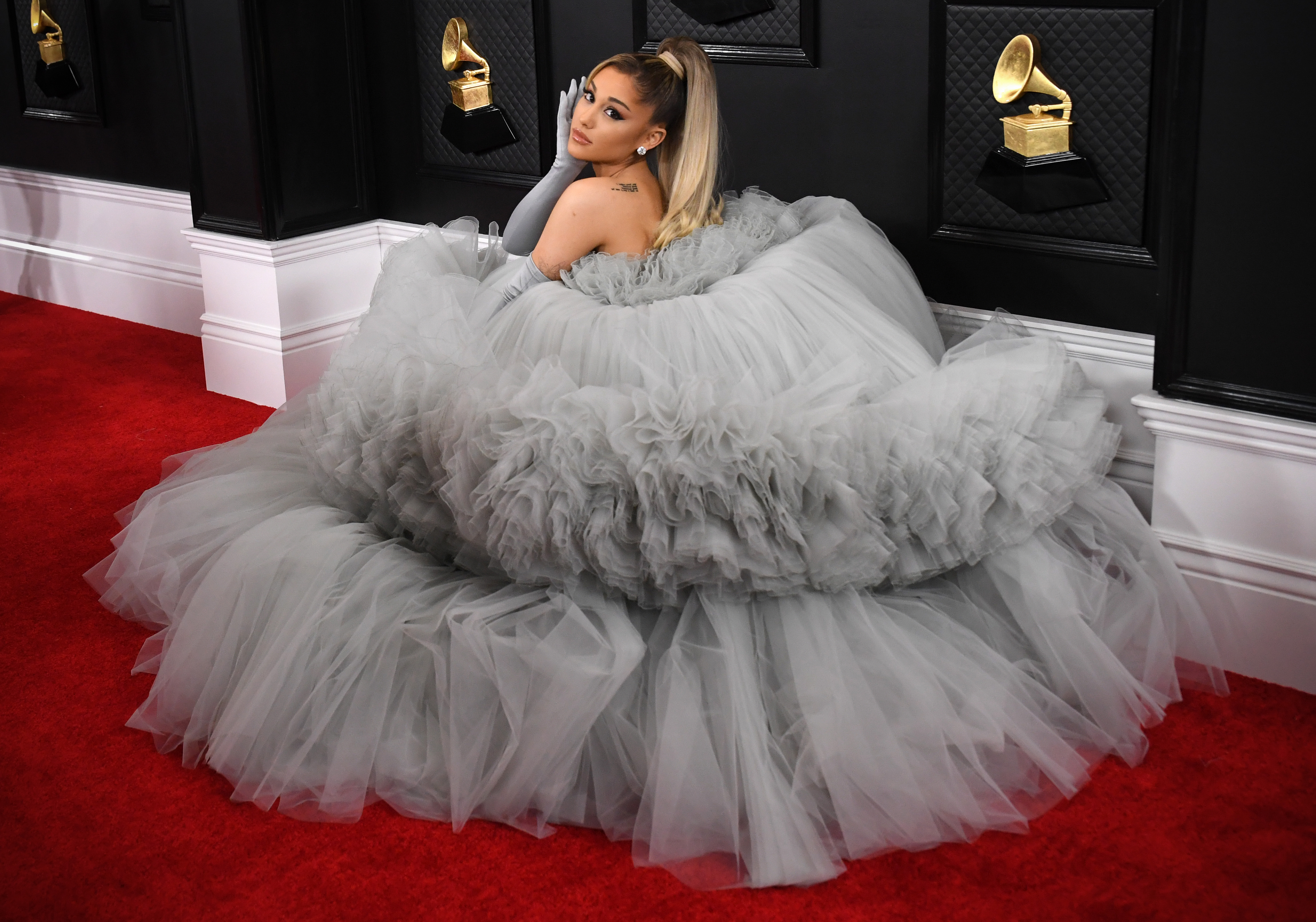 Ariana Grande on the red carpet at the 2020 Grammys.  David Fisher/Shutterstock

One of the night’s most anticipated attendees, Grande made her Grammys return with a bang dressed in a custom Giambattista Valli Cinderella-inspired gown.

This was Grande’s first time back at the Grammys in four years. Grande was slated to attend and perform at the Grammys last year, but dropped out of the ceremony due to disputes with the Grammys’ producers who wanted her to perform music from her nominated album, “Sweetener,” rather than songs from her recent “Thank U, Next,” album.

4. Demi Lovato Takes the Grammys Stage With an Emotional Performance 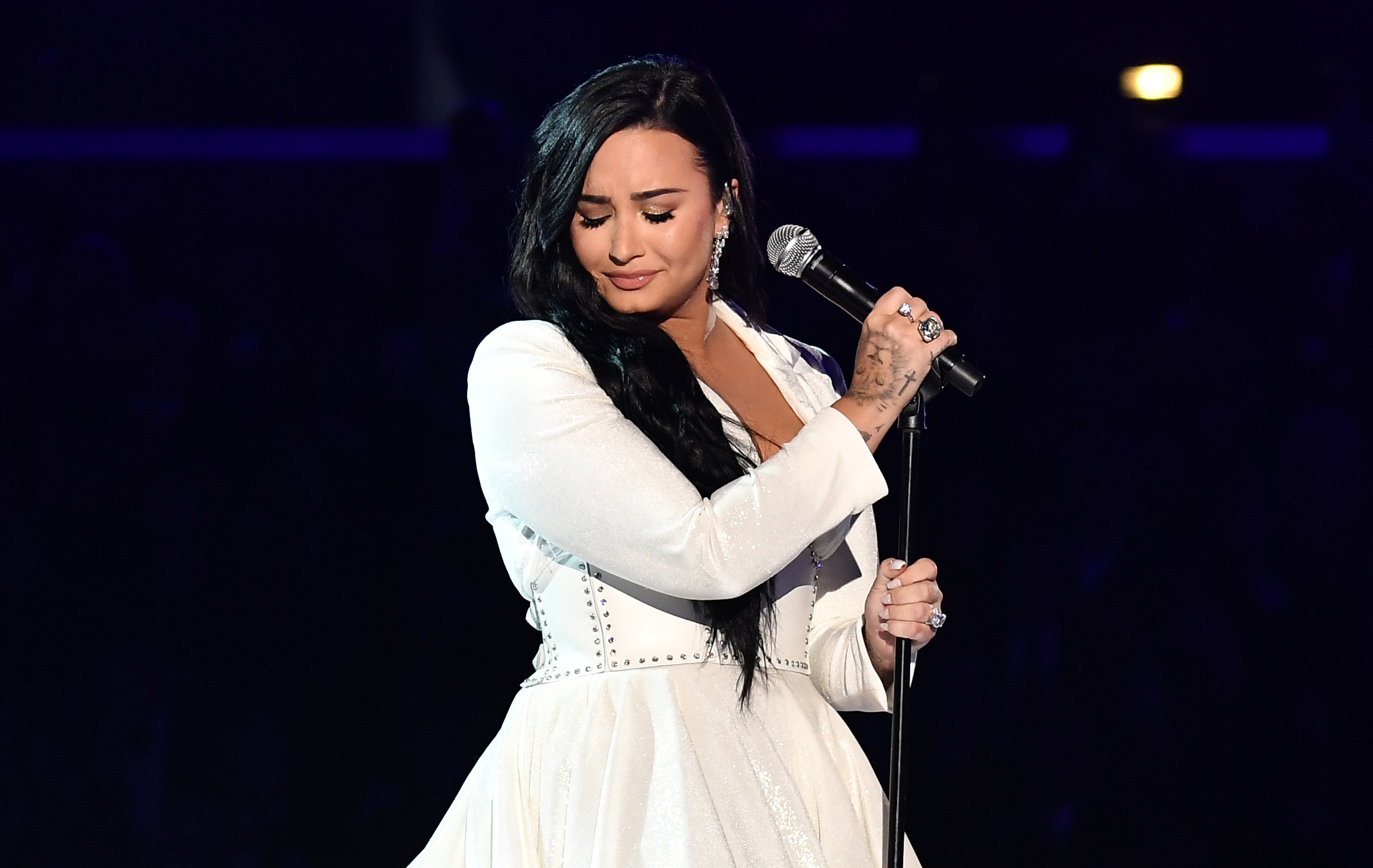 Grammys nominee Lovato had one of the most emotional performances of the night, taking the stage for the first time since her reported drug overdose in 2018. Lovato performed her new song, “Anyone,” which she stated in prior interviews she recorded just four days before the overdose.

5. Tyler, the Creator Brings His Mom On Stage

After setting the 2020 Grammys stage quite literally on fire, Tyler, the Creator went on to win the Grammy Award for Best Rap Album for “Igor,” bringing his mom with him on stage.

“That’s my mom, if y’all were wondering,” he said as he embraced her. “One, to my mother, you did a great job raising this guy.” 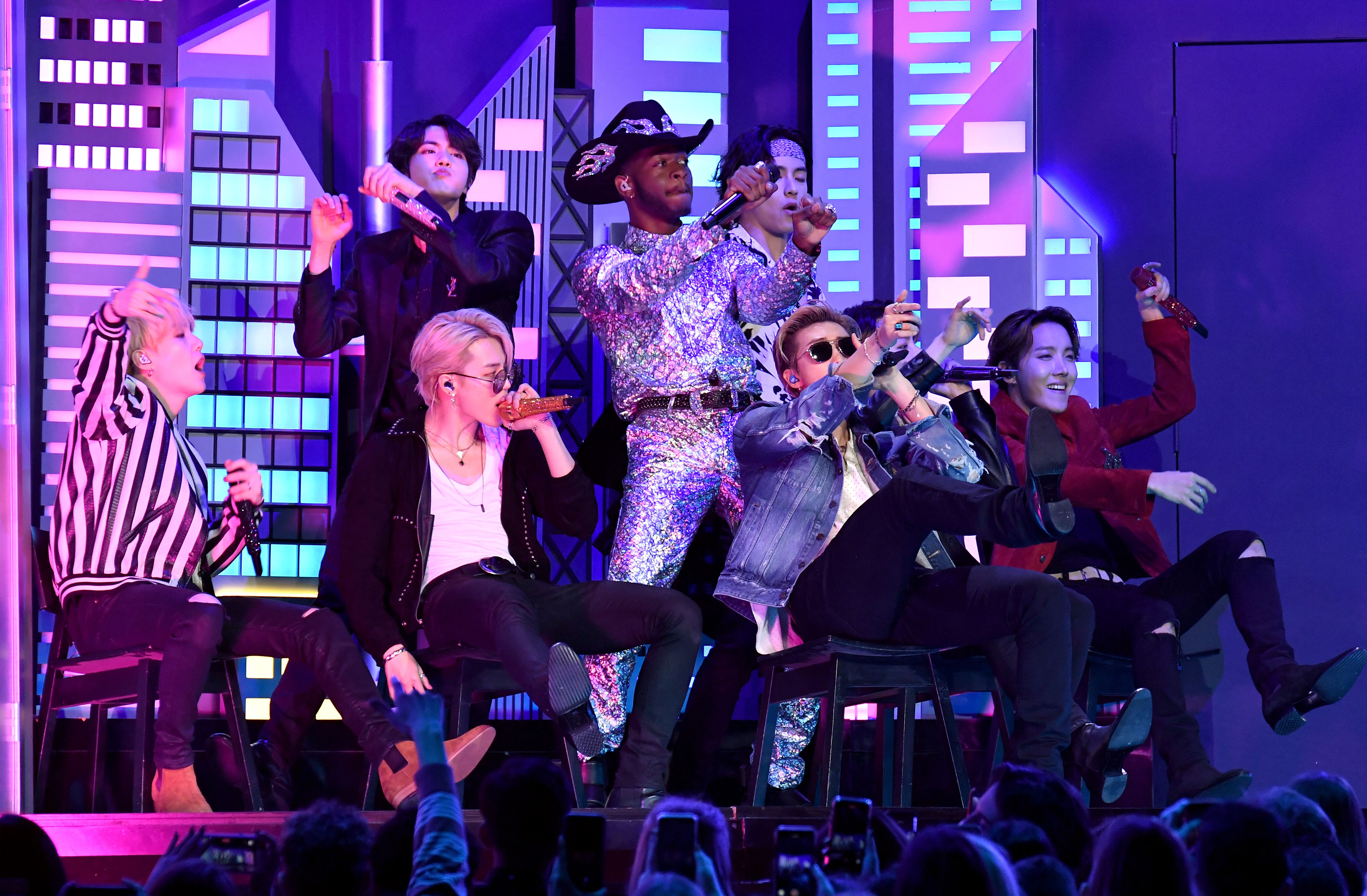 Lil Nas X brought the 2020 Grammys audience into a version of his bedroom to perform his hit single, “Old Town Road,” which went on to win two Grammy Awards. The rapper enlisted his collaborator Billy Ray Cyrus for the performance, and some new friends like Diplo, Mason Ramsey and BTS to put a new spin on the song.

7. A Tribute to Nipsey Hussle

While the night’s focus was on Bryant, artists DJ Khaled, John Legend, Meek Mill, Kirk Franklin, Roddy Ricch and YG came together for a tribute performance that honored the late Hussle, who died last March. 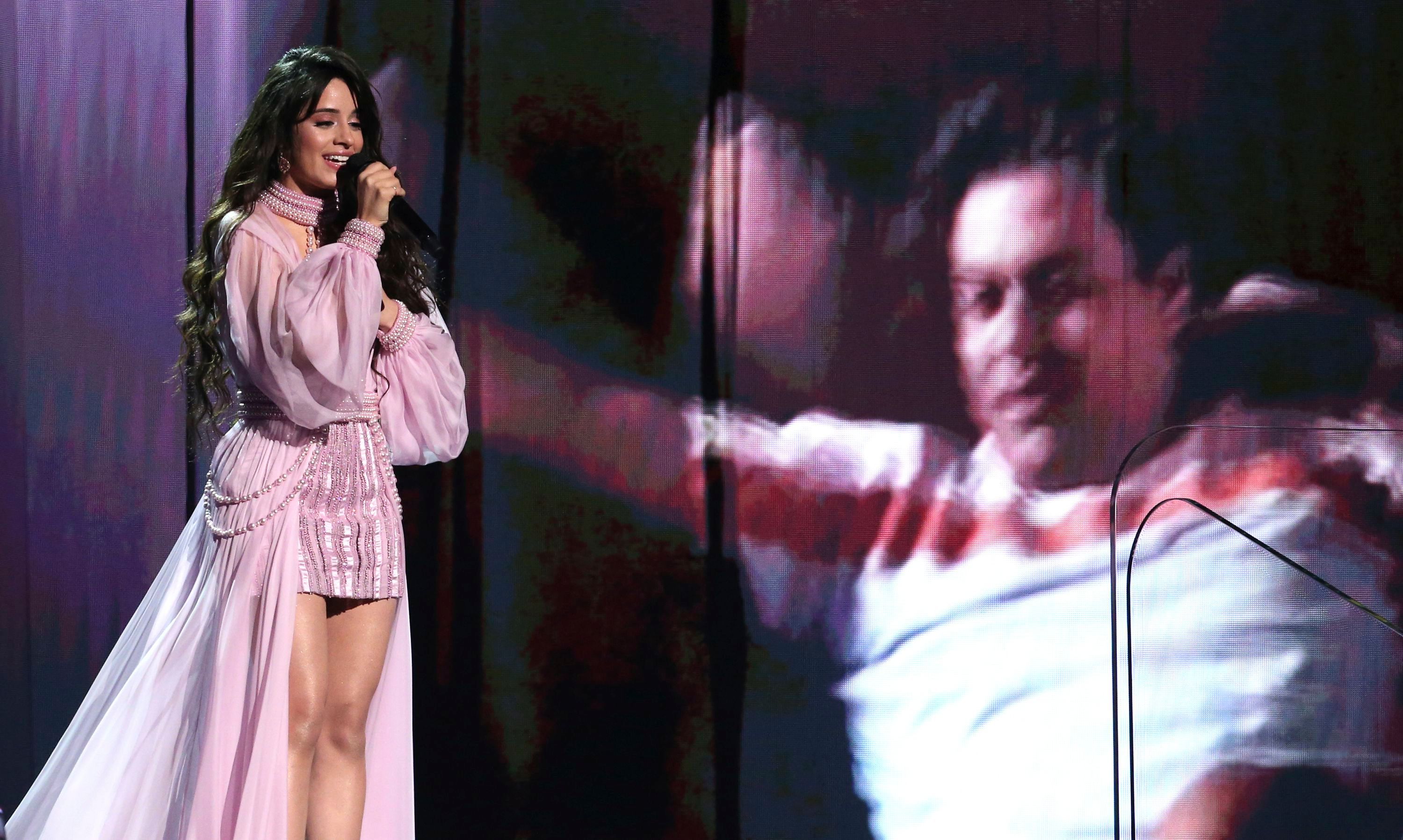 In line with the night’s many emotional performances, singer Camila Cabello debuted a new song from her upcoming “Romance” album, called “First Man,” which was a tribute to her father. Cabello performed the song as old home videos were displayed then walked into the Grammys audience to embrace her tearful father.