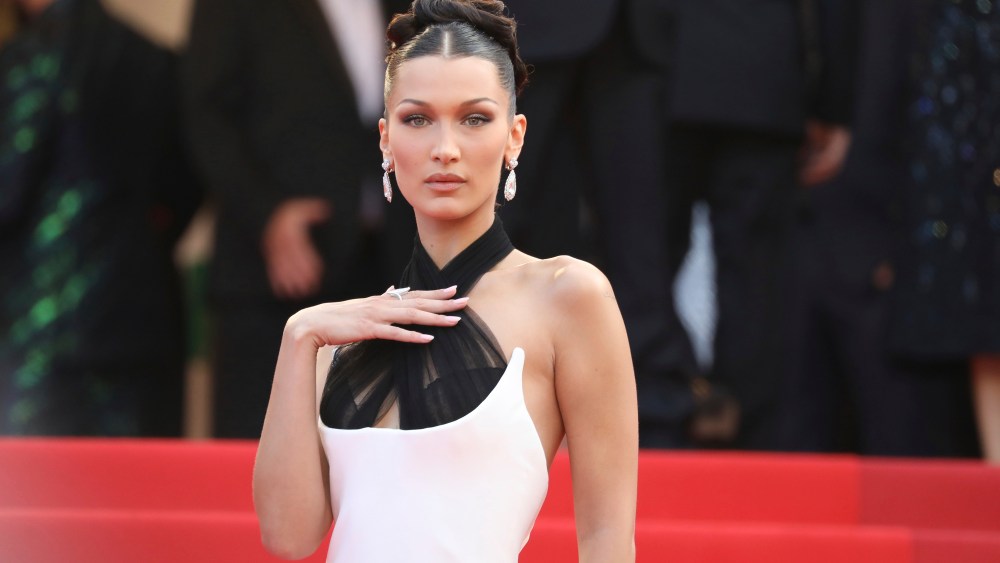 After two delays, the 2021 Cannes Film Festival and its famed red carpet made its return today.

Running from Tuesday to July 17, major stars like Jodie Foster, Spike Lee, Marion Cotillard, Jessica Chastain and others are coming together at the annual film festival to debut some of the year’s biggest films.

The in-person festival also brings back the red carpet, which has a long history of producing memorable, high-fashion moments. The film festival’s opening night already had several standout fashion moments with looks from the runways of Chanel, Dior, Celine, Givenchy and more.

Model Bella Hadid made her return to the Cannes Film Festival red carpet on opening night, wearing a vintage Jean Paul Gaultier dress from the designer’s spring 2002 couture collection. The white, form-fitting dress was accented with a black tulle cape and matching bodice. Hadid has had other standout fashion moments at the festival, namely in 2016 when the model wore a red satin Alexandre Vauthier dress with a thigh-high slit.

Click through the above gallery to see more red carpet photos from the 2021 Cannes Film Festival.