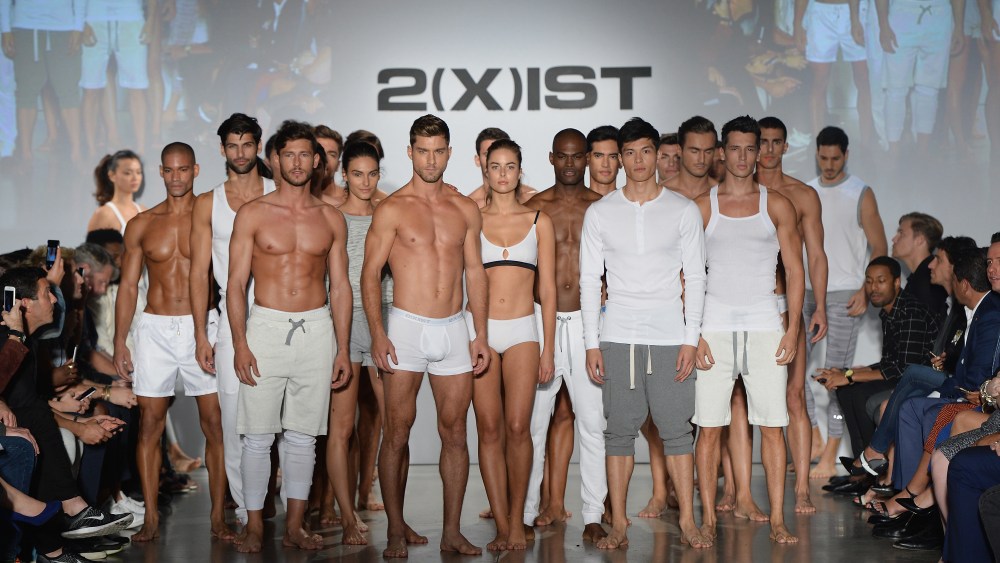 2(x)ist is no longer just a men’s underwear brand.

The company, which marks its 25th anniversary this year, held a runway show on Wednesday night in New York that featured the expected — chiseled men wearing underwear — and the unexpected — women wearing ath-leisure and underwear.

“We’ve grown up in our 25 years to be a lifestyle brand,” said creative director Jason Scarlatti, who has been with the company for 12 years.

The women’s category is the next frontier for 2(x)ist, and according to Scarlatti, designing for a different gender wasn’t as daunting as it may sound.

“She really is his counterpart,” Scarlatti said. “All of her core ethics are the same as his. She’s fashion forward. She takes care of her body. She wants color and she wants great quality. He and she are equals.”

“We saw a gap in the market for active bags. We showed bags at the last show but the spring collection is an evolution and expansion of the line,” Scarlatti said.