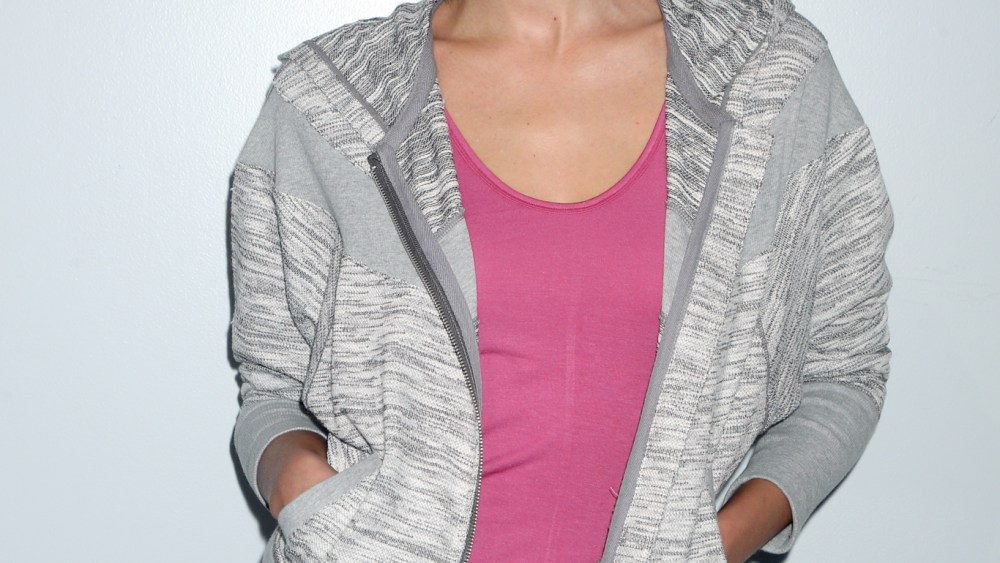 After more than two decades of outfitting men with form-fitting innerwear, 2(x)ist is taking on women’s.

“It was always something we wanted to do,” said Tom Speight, chief executive officer and president of 2(x)ist. “The time felt right because of how the Millennial customer is embracing ath-leisure.”

The women’s line, which will launch exclusively with Bloomingdale’s for spring and will also be available on 2xist.com, is made up of 50 percent ath-leisure, 25 percent intimates and 25 percent loungewear and sleepwear. Ath-leisure makes up 10 percent of the men’s collection.

Jason Scarlatti, 2(x)ist’s creative director and vice president of design, reworked signature pieces and details from the 2(x)ist men’s collection — square cut tanks and wide draw cords — for women. The assortment, which is made mostly with French terry and modal, includes low-impact sports bras with 2(x)ist logo bands, leggings, off the shoulder sweatshirts and matching jogger pants, rompers and hoodies. Details include silicon 2(x)ist logos, scalloped hems, key holes and X-backs. Scarlatti told WWD he and his design team placed an emphasis on the shoulder.

“We are bringing strength to the marketplace,” Scarlatti said. “It complements the men’s offering because she is his equal. We focused on fashion forward silhouettes and color.”

Prints, which are a key component in the line, range from camouflage to a kaleidoscopic photo real print and a series of geometric patterns.

“I think strong geometric prints were lacking on the floor,” Scarlatti told WWD.

The underwear tabletop program, which will retail at 3 for $30, includes seamless, cotton, modal and laser-cut micro styles that come in a thong, bikini and boyshort silhouettes. Bralettes are priced from $18 to $26. Ath-leisure retails from $26 to $68 with tanks starting at $26, leggings and pants retailing from $48 to $52 and hoodies retailing from $64 to $68. The sleepwear retails from $34 to $48.

Speight, who joined 2(x)ist in 2013, expects the women’s line to sit in the same doors that carry its men’s assortment. The former Calvin Klein Jeans and Underwear president has made it his mission to grow 2(x)ist into a lifestyle brand that’s made up of swimwear, activewear, watches and bags, which will launch for spring 2016.

According to Speight, international expansion is top of mind.

“Global is important to us. We entered Mexico and continue to grow in Canada and the Philippines,” said Speight, who also recently signed on a distributor in South America.